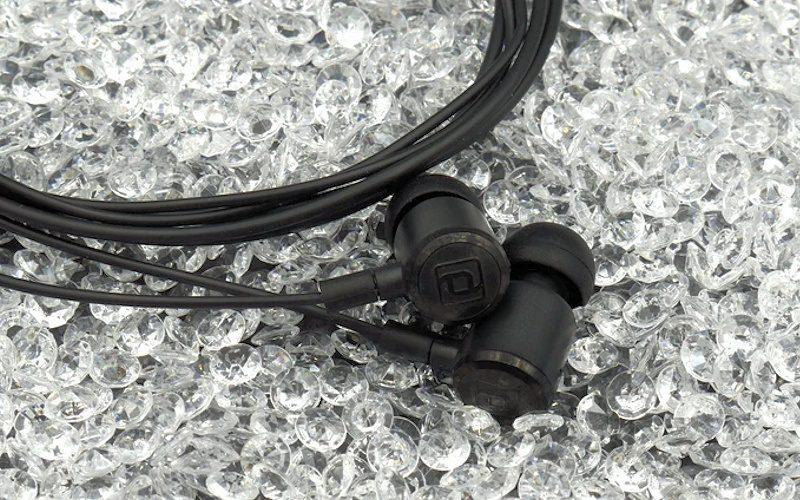 It seems that true wireless technology has garnered all the attention lately when it comes to in-ear monitors, causing most manufacturers to try and cash in by rushing to market with their own offerings in this space. One company that... 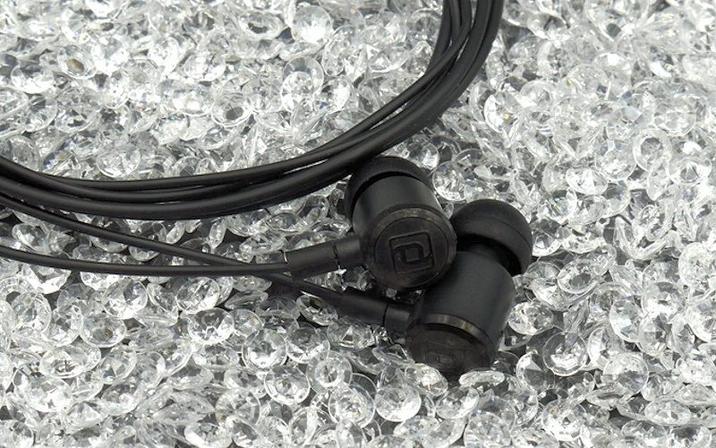 It seems that true wireless technology has garnered all the attention lately when it comes to in-ear monitors, causing most manufacturers to try and cash in by rushing to market with their own offerings in this space. One company that has so far stayed away from these me-too lifestyle audio products has been Periodic Audio. The self-proclaimed audio zealots at Periodic Audio are all about portable audio excellence that's simple to use and comfortable to wear for hours at a time, and that has certainly proved to be the case based on my experience with their Beryllium model, which I've owned for some time. But you won't find Bluetooth version numbers in the specs of the company's offerings, nor any digital connections like Lightning or USB-C. The Periodic Audio Carbon ($399) is the company's new flagship, sitting atop the rest of their IEM lineup, which consists of the Magnesium ($99), Titanium ($199), and the Beryllium ($299) models. Scott Schumer compared the latter three models while reviewing the Periodic Audio Beryllium for HomeTheaterReview.com. In a nutshell, the Magnesium is the value model, the Titanium is all about that bass, and the Beryllium has an audiophile's preferred sound signature with its extended, accurately resolving high end.

The model names are a reference to the elements used to manufacture their single drivers. As you might imagine, the different elements employed by Periodic Audio results in a different sonic signature for each of their IEM models. In the case of the Carbon, Periodic Audio lays down an 8-micron layer of lab-grown diamond on a proprietary high-temperature polymer substrate for the driver material, which the company says results in a hybrid of the best attributes of the Titanium and Beryllium models, with an enhanced lower end that can dig deep while also accurately resolving sounds at the upper reaches of the audible spectrum.

Periodic Audio doesn't leave any of the manufacturing to chance, preferring to design and tool all components of their IEMs in-house, from the all-important diaphragms right down to the casings. There aren't many IEM brands that can make that claim. While this review is focused on the Periodic Audio Carbon, the company also included their Nickel Amp ($299) to try with the IEMs for comparison. Inside the flip-top lid of the no frills packaging of the Carbon IEMs, I found detailed product specifications as well response graphs for SPL (Sound Pressure Level) and impedance (Ohms) across the 20 Hz to 40kHz spectrum. The Periodic Audio Carbon has a frequency response of 12 Hz to 38 kHz, so it's capable of reproducing the extra bandwidth of high-resolution music files provided your playback device supports it. The Carbon is also easy to drive, with a claimed nominal impedance rating of 32 Ohms and sensitivity of 98 dB SPL @ 1mW (in ear). They play quite loud, with a claimed 121dB peak SPL rating.

So, is a separate amp like the Nickel really necessary? In the case of the Carbon, not for the 6 dB of volume boost it adds, but as it turned out, it definitely kicked the sound up a notch in terms of dynamics and soundstage size. More on that later. The barrel type housing is a polycarbonate resin material, which Periodic Audio says is almost indestructible and eliminates any resonance. The right channel is easily identified by red paint on the driver grill, a nice touch. The non-removable cable is quite flexible. It did tend to get easily tangled when removing the IEMs from storage, but the cable transfers less microphonics than many other IEM brands I've tried, which made the Carbon a good candidate for listening on the go.

The 3.5 mm plug is gold plated. There is a quarter-inch adapter plug and an airplane dual-plug adapter included. An aluminum storage tin that's similar in size to a chewing tobacco tin is perfectly sized for transporting the IEMs in a pants pocket. I had to be careful when closing the lid, though, to avoid pinching the cable, as it is a tight fit. There are three sizes each of single flange silicone, double flange silicone, and urethane foam ear tips included. These should ensure just about every ear size a comfortably snug fit to provide noise isolation, and indeed, the foam tips proved very comfortable for many hours of listening while providing very good passive sound isolation in my experience.

The Carbon, like all Periodic Audio IEM models, utilizes a single, 10mm dynamic transducer, eliminating the need for a crossover network. In fact, besides the material used to make the transducer, the only differences between models in the lineup appear to be the color of the metal end caps (flat black for the Carbon, of course). All in all, the Periodic Audio IEMs have a bit of a retro design with their barrel shaped housing and single dynamic driver. But as I found out, that's not necessarily a bad thing.

Performance
For the first month, I listened to the Carbon connected directly to an Apple iPhone 6 Plus. Following that, I listened with the Periodic Audio Nickel amplifier inserted between the iPhone and the Carbon whenever I wasn't moving about. However, at less than two inches in length and weighing just 23.45 grams, the amp is certainly small enough to take with you.


To evaluate the bass extension of the Carbon, I played tracks such as The Weeknd's "Wasted Times," Sub Motion Orchestra's "Variations." and James Blake's "Limit to Your Love" from his self-titled album (Qobuz, 44.1/16). On the Blake track, the emotional vocal and simple opening piano chords transition to a synthesized, vibrating, deep bass that provides real visceral impact through the Carbon. My head felt as though it was physically vibrating right along with the recording.

The high-pitched drum strikes that soon layer on top of the vibrating bass were reproduced with the expected snap and clarity instead of getting washed out by the bass, showing me that the Carbon has some chops in the upper frequencies as well. In comparison, the same track through the Beryllium presented bass that was taut but did not go as low, play as loud, or have nearly the visceral impact as the Carbon. For all the tracks, bass through the Carbon was punchy, fast, and taut, never plodding or muddied as can be the case with less capable drivers. And the Carbon played the bass notes effortlessly, showing they had room to go even lower if dictated by the music.

A track that provides a real test of treble reproduction is Steely Dan's "Do It Again" (Tidal, 44.1/16) from their debut album Can't Buy A Thrill. With its tight Latin jazz beat, the bongos, tambourine, electric sitar, and Donald Fagen's organ solo all contribute to the layered treble of the track. I found the Carbon possessed the upper end detail needed to clearly reproduce the shimmering decay of the tambourine with plenty of air. The high notes of the electric organ solo sounded appropriately bright, though slightly less resolving than through the Beryllium by comparison. All in all, the Carbon delivered plenty of upper frequency energy without sounding harsh, delivering a sound I preferred over the Beryllium.

Adding the Nickel in between the iPhone and the Carbon in general caused the music to open up a bit more, presenting a wider, deeper soundstage with even greater musical impact overall. I found the Nickel added that extra bit of muscle needed to capably reproduce the low-end bass dynamics too often lacking with most smartphones' amps. I will note the effect was more apparent on some tracks than others.

One track I listened to that highlights how the Nickel amp opens up the sound while adding more punch is Sade's "Hang On to Your Love" (Qobuz, 44.1/16) from her Diamond Life album. The bass guitar had more low-end impact and authority with the Nickel in play. Also, there is an electric guitar played that begins wide left and then switches to wide right, alternating back and forth between the two channels. Without the Nickel, the location of the guitar notes was a bit narrower than the width of my ears. Through the Nickel, the width of the guitar expanded to outside my ears. Sade's vocal was natural sounding and slightly more forward with the Nickel, too. There was also a greater sense of space between the piano, drums, and bass guitar.

Hang On to Your Love

The Downside
If I have any issues with the Periodic Audio Carbon, they mostly relate to the lack of detachable cables. This means that experimenting with different interconnects isn't possible, and doing repairs in the event of damage to a cable won't be as easy (if possible at all).

The affixed cables also lack modern conveniences like a mic or inline remote, another potential shortcoming that could be rectified if the Carbon were designed with detachable cables.

Comparison & Competition
There are numerous competitors near the price point of the Periodic Audio Carbon. It all comes down to proper fit and preferences in both music type and sound signature.


While I haven't had the chance to audition it, the single driver JVC HA-FW01 IEM ($329.95) has a unique diaphragm made of wood fiber for its driver and comes with a detachable cable but no inline remote/mic.

Another option with a carbon coated diaphragm is the Audio-Technica ATH-CM2000Ti IEM ($400), which features titanium housings and comes with two removable cables. This one fits more like traditional earbuds in the ear though, rather than fitting deeper into the ear canal like the Carbon.

Conclusion
The Periodic Audio Carbon is an IEM that truly pleases at both ends of the audio spectrum, making it a great choice for those with wide musical tastes. With its enhanced bass response, it really raises the fun factor with R&B, Hip Hop, Rock, and EDM music. Adding in the Nickel amp increases the performance a notch higher. While its impact at the depths of the low end can be visceral, the EQ curve isn't tilted so far in that direction to make it a bass freak's dream IEM. While it's not the last word in upper end accuracy, it's not too far off, either. I'd recommend an audition of the Periodic Audio Carbon at a local dealer or regional audio show (once they resume). And if you're considering adding the Nickel amp, as I write this there is attractive bundle pricing available at Periodic Audio's website.