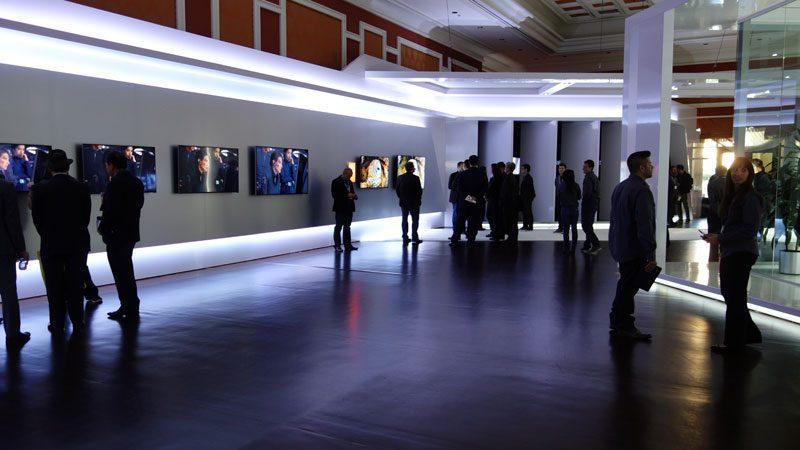 Feature News Stories
Published On: January 20, 2014
We May Earn From Purchases Via Links

The 2014 International CES is in the rearview mirror, and now it's time to process all the information that we were bombarded with and try to paint a picture of the year ahead. I'm happy to report that I... 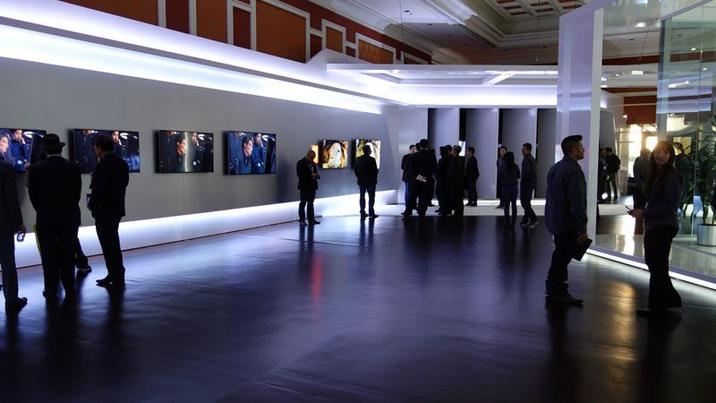 The 2014 International CES is in the rearview mirror, and now it's time to process all the information that we were bombarded with and try to paint a picture of the year ahead. I'm happy to report that I made it through the show without contracting the plague (some of my colleagues weren't so lucky), but I regret to report that, even though I spent five days in Las Vegas, I feel like I barely scratched the surface of all there is to see. It's so easy to get distracted by shiny objects that are often equal parts cool and ridiculous. I could've spent a whole day in the land of 3D printing, watching them "print" everything from gourmet chocolates to Star Trek character figurines molded in the likeness of an attendee's scanned face. I mean, come on now! But alas, until one of those 3D printers is cranking out speaker systems, I can't really tie it back to our little corner of the CE universe, so I had to move on.

This year's show report will be a little different from years past. I'm going to start with an overview of some of the major trends we saw in video and audio, then we've assembled a slideshow with more details on the booths and rooms we visited. We hope you enjoy.

The two themes in HDTV were Ultra HD and curved screens. We were expecting Ultra HD TVs to make a big showing, and they certainly did. Every major display manufacturer had multiple Ultra HD models on display, in screen sizes ranging from 50 to 120 inches. UHD sets will become more affordable this
year, with players like Vizio, Hisense, and JVC officially entering the fray. Of course there will be some higher-end, higher-priced models, too. Samsung will add a 110-inch screen size to its S9 UHD Series (we gave a five-star performance rating to the 85-inch S9 last year) that will reportedly sell for $150,000.

I wasn't expecting quite so many curved screens. We saw the curved concept in last year's 55-inch OLED TVs from Samsung and LG, but this year the design concept has infiltrated the LCD camp, too. Both LG and Samsung showed off the "world's first" 105-inch curved UHD LCD TV, along with multiple curved models at smaller screen sizes. The marketing buzzword for why we should want the curve was simply "immersion." I wasn't crazy about the curve in the Samsung 55-inch KN55S9C OLED, and I'm not sold on the idea that it will create any meaningful sense of immersion at screen sizes under 65 inches. However, I can see it having some potential advantages with very large-screen LCDs, in regards to both immersion and viewing-angle issues. The aesthetic was certainly striking, as was the gorgeous native UHD content being displayed.

Speaking of UHD content, there was little in the way of hardware announcements, which unfortunately wasn't much of a surprise. Sony vaguely hinted at a new 4K media player due out later in the year, but that was it. All the talk I heard surrounding UHD content revolved around streaming partnerships between smart TV manufacturers and companies like Netflix, Amazon, M-Go, and YouTube. Netflix demoed its 4K streaming and says that the service will be ready when these new UHD TVs begin to appear on the market. At Sony's press conference, Netflix CEO Reed Hastings said that consumers will only need a broadband speed of about 15 Mbps to stream 4K, thanks to HEVC encoding, and pretty much every new smart UHD TV on display had the necessary HEVC decoder to support the service. YouTube showed off 4K streaming using Google's VP9 codec, and Amazon announced partnerships with Lion's Gate, Warner Brothers, 20th Century Fox, and Discovery Channel to offer streamed 4K content.

Given my excitement over the performance of the Samsung KN55S9C OLED TV, I was disappointed with the paltry number of new OLED TVs on display. I saw a few 55-inchers from companies like Hisense and Haier, but LG was the only major company to introduce a complete line of five new OLED models, from 55 to 77 inches. Sony and Panasonic have dissolved their OLED development partnership, and Samsung had nothing new to announce in this space. I guess videophiles will have to keep waiting to see if OLED really can become a mass-market replacement for plasma. By the way, plasma isn't dead just yet. LG did introduce four new models at the show, and Samsung said that it will launch new plasmas in 2014, even though none were being displayed at the show.

Videophiles can take some solace in the fact that full-array LED backlighting with local dimming is making a strong comeback in LCDs this year. After all but abandoning full-array in favor of edge LED lighting in recent years, major TV manufacturers have had a change of heart. Don't get me wrong, there were still a lot of edge-lit LED/LCDs on the show floor, but most of the big-name TV manufacturers will offer one or two top-shelf lines with full-array lighting and local dimming for better black level and screen uniformity. In a surprising move, Vizio is completely abandoning edge LED lighting and going with full-array in all of its models, even the entry-level TVs.

CES is seldom a big show for home theater projectors, but Panasonic did demo a prototype of a large-venue 4K projector, and several manufacturers - including Sony, LG, and Hisense - showed off 1080p and 4K short-throw projectors that allow you to cast a very big screen from a very short distance. Sony's yet-to-be-named short-throw 4K projector was integrated into a coffee-table-like cabinet to make a more stylish design statement.

We were pleased to see that hi-res audio is beginning to have a more prominent role in demos and discussions. As I mentioned in my "Three Trends We Hope to See at CES," this year's show saw the addition of a Hi-Res Audio Experience TechZone, highlighting content from sources like HDTracks.com, Acoustic Sounds, iTrax, Native DSD Music, and Blue Coast Music. Several panels were held to discuss issues surrounding hi-res audio, and the CEA's Home Audio Division, in conjunction with The Recording Academy Producers & Engineers Wing, relaunched its website called QualitySoundMatters.com as a great educational tool.

Sony continues to bang the drum loudly in support of high-resolution audio, displaying its full lineup of Hi-Res servers, DACs, speakers, and headphones in its well-traveled booth. A demo of the new NWZ-ZX1 portable hi-res Walkman allowed you to switch between the hi-res and MP3 versions of the same track to listen to the difference - exactly the kind of demo we'd love to see in stores to help people understand that you don't necessarily need a five-figure audiophile system to hear the difference. Calyx introduced the $995 Calyx M hi-res player that can also serve as a USB DAC, and Astell&Kern showed off the new AK240, which lets you connect directly to HD music sites to download tunes, providing a directness and simplicity that we think is crucial to mass-market acceptance.

In other audio news, we've waited for years to see wireless speaker systems gain traction. I'm not talking about tabletop speakers to which you can wirelessly stream music over Bluetooth or AirPlay - there's already an endless number of those, and even more were on display this year. No, I'm talking about wireless multichannel speaker systems for your home theater. The ability to cut out the speaker wire and other cable clutter sounds great but has never been able to pick up momentum due to quality and reliability issues. The Wireless Speaker & Audio Association (WiSA) is working to change that by promoting a wireless transmission standard that ensures interoperability between devices and supports up to 7.1 channels at a 24/96 resolution. We'll be covering this topic in more detail in an upcoming article; for now, we'll just mention that WiSA-certified products are starting to appear. Sharp introduced the WiSA-compliant SD-WH1000U universal disc player, while Bang & Olufsen showed off its WiSA-compliant BeoLab 18 speaker system first announced back at CEDIA. Another encouraging sign is that WiSA has added a lot of high-profile members, including Onkyo, Pioneer, Polk, Definitive Technology, Paradigm/Anthem, Gibson, and Klipsch.

Of course, the trend of great-sounding audio demos continued at The Venetian this year. We heard lots of impressive systems at a wide variety of price points, and we look forward to getting our hands on many of them in the months to come. In the meantime, check out the slideshow for a sneak peek at all the goods.

Check out the gallery below for first hand photos from our own Adrienne Maxwell . . .