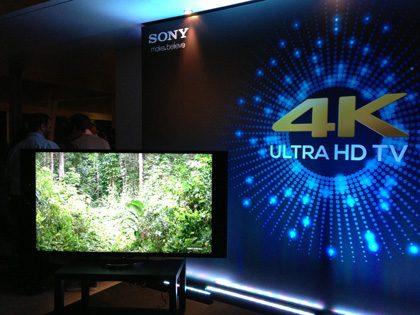 Ultra HD penetration will reach about 6% in 2014, according to AU Optronics. Most of the demand is expected to come from China.

The penetration rate for Ultra HD TVs is expected to reach 6% in 2014, according to sources at AU Optronics (AUO).

The sources also said they expect that 11.8 million Ultra HD TVs will be shipped in 2014

Additionally, sources at Sharp said they believe after 2017 about 80% of TVs sized 50-inch and above will be Ultra HD units.

The sources also said they expect 8K by 4K units to start emerging and will take further root around 2020.

10x More Ultra HD TVs Will Be Sold This Year