Reuters recently reported that a New York federal judge dealt another setback to Aereo, denying the company's request to operate like a cable operator and transmit live TV broadcasts. Since the Supreme Court ruled that the Aereo service was in... 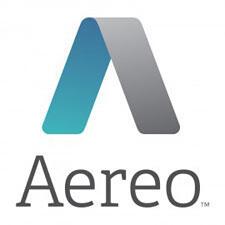 Reuters recently reported that a New York federal judge dealt another setback to Aereo, denying the company’s request to operate like a cable operator and transmit live TV broadcasts. Since the Supreme Court ruled that the Aereo service was in violation of U.S. copyrights, the company has been trying to find a way to legally continue its operations.

From Reuters
A New York federal judge on Thursday barred embattled video streaming company Aereo from transmitting the programs of television broadcasters as they are being shown, blocking its bid to operate like a traditional cable system.

The ruling was another win for major broadcasters, whose copyrights the U.S. Supreme Court in June said Aereo violated in retransmitting the programming to subscribers’ devices via the Internet.

Aereo shuttered its service three days after the high court’s decision and has since been pushing the courts and regulators to see it as analogous to cable, eligible for a license under the Copyright Act.

“Doing its best to turn lemons into lemonade, Aereo now seeks to capitalize on the Supreme Court’s comparison of it to a (cable) system,” U.S. District Judge Alison Nathan said in her ruling.

Aereo’s contention that this means it actually is a cable system is a “fallacy,” she said.

Since her ruling now matches decisions against Aereo in other parts of the country, she said the broadcasters are entitled to a nationwide preliminary injunction.

“We are reviewing the decision and evaluating our options moving forward,” Aereo spokeswoman Virginia Lam said.

Nathan offered Aereo some consolation in refusing the broadcasters’ demand she also bar delayed programs. The two sides will have to explore that issue in arguing over a permanent injunction.

Aereo’s future became imperiled when the Supreme Court ruled on June 25 that the company had infringed broadcasters’ copyrights by capturing live and recorded programs through antennas and transmitting them to subscribers who paid $8 to $12 a month.

In an emergency plea to Nathan in August, Aereo asked that it be allowed to operate like a cable system, saying it was “figuratively bleeding to death,” but the judge denied the request.