An action thriller about a fictitious U.S. president, played by Harrison Ford, and a fact-based drama about an all-black Union regiment during the U.S. Civil War, Air Force One and Glory, are both coming out on Blu-ray on June 2, courtesy of Sony Pictures Home Entertainment. 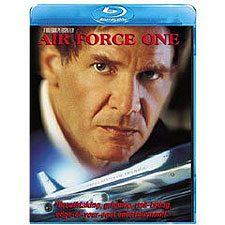 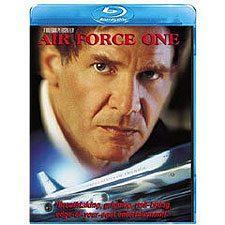 Sony Pictures Home Entertainment re-lives two heart-pounding tales of American heroism and bravery with Oscar-nominated Air Force One (Best Editing and Best Sound, 1998) and Oscar-winner Glory (Best Cinematography and Best Sound, 1989) arriving on high definition Blu-ray• June 2, 2009 for the SLP of $28.95 each. Each Blu-ray includes e-Movie Cash via BD-Live for the new movie The Taking of Pelham 1 2 3, in theaters 6/12/09. In Air Force One Harrison Ford (Indiana Jones) stars as President James Marshall who finds himself in the precarious situation of holding the fate of his family and the entire nation in his hands when Russian terrorists hijack the presidential plane. Glory stars Matthew Broderick (The Producers) as the brave commanding officer of the first all black regiment during the American Civil War. This powerful story also stars Oscar® -winners Denzel Washington (Best Actor in a Leading Role, Training Day, 2002 and Best Actor in a Supporting Role, Glory, 1989) and Morgan Freeman (Best Performance by an Actor in a Supporting Role, Million Dollar Baby, 2005) as soldiers who fought for their nation as well as their race.

The fate of the nation rests on the courage of one man. Harrison Ford and Gary Oldman (The Dark Knight) star in two-time Oscar® nominee Wolfgang Petersen’s (The Perfect Storm, Troy) gripping thriller about an uncompromising U.S. President who has just told the world he will not negotiate with terrorists. When Russian neo-nationalists hijack Air Force One, the world’s most secure and extraordinary aircraft, the President is faced with a nearly impossible decision to give in to terrorist demands or sacrifice not only the country’s dignity, but the lives of his wife and daughter.

Air Force One has a run time of approximately 125 minutes and is rated R for violence. Artwork is available at www.SPHEPublicity.com. Visit Sony Pictures Home Entertainment on the Web at www.SonyPictures.com.

Glory
Glory Synopsis
The heart-stopping story of the first black regiment to fight for the North in the Civil War, Glory stars Matthew Broderick, Denzel Washington, Cary Elwes and Morgan Freeman. Broderick and Elwes are the idealistic young Bostonians who lead the regiment; Freeman is the inspirational sergeant who unites the troops; and Denzel Washington, in an Oscar® winning performance (1989, Best Supporting Actor), is the runaway slave who embodies the indomitable spirit of the 54th Regiment of Massachusetts.

Glory has a run time of approximately 122 minutes and is rated R.

The Blu-ray Disc versions of Air Force One and Glory are BD-Live• enabled, allowing users to get connected and go beyond the disc via an Internet-connected Blu-ray player. Download exclusive content, register for rewards, give feedback through our survey and more.