Amazon Instant Video is the first streaming video service to add support for High Dynamic Range (HDR) content to its lineup of Ultra HD titles. The original series Mozart in the Jungle is available now in HDR at no extra... 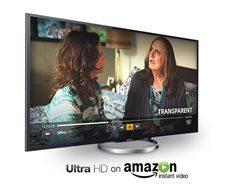 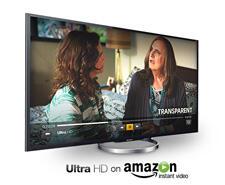 Amazon Instant Video is the first streaming video service to add support for High Dynamic Range (HDR) content to its lineup of Ultra HD titles. The original series Mozart in the Jungle is available now in HDR at no extra charge for Amazon Prime members who own a compatible HDR-capable UHD TV from Samsung’s SUHD Series. TechCrunch is reporting that the pilot episode of the Amazon series Red Oaks will also be offered in HDR. Amazon says that more titles and wider compatibility will be available this year.

From Amazon
Amazon has announced that Prime members in the U.S. can instantly watch the debut season of the Amazon Original Series Mozart in the Jungle in high dynamic range (HDR) at no additional cost to their membership, marking the first video service to offer HDR. The complete first season of the popular comedy from Jason Schwartzman, Roman Coppola and Paul Weitz is the first series available in the superior picture quality, with more coming to Prime soon.

HDR brings greater contrast to the screen with brighter colors, enhanced shadow details and distinct highlights to make images appear vivid, rich and lifelike, more so than ever before. Prime members can start watching Mozart in the Jungle in HDR through the Amazon Video app on Samsung SUHD TVs.

“HDR is a technical innovation that provides a truly stunning viewing experience and we’re thrilled to be the first to offer this unmatched picture quality,” said Michael Paull, Vice President of Digital Video at Amazon. “We can’t wait for our Prime members to watch and re-watch Mozart in the Jungle in HDR at no additional cost to their membership, and we look forward to adding more titles and devices that support HDR this year.”

“It’s been a great year for Mozart in the Jungle,” said Roman Coppola. “Now, having the first season available for fans in an upgraded visual experience is exciting–the enhanced quality makes every scene look even better and we hope it’s something that our viewers really enjoy.”

Amazon began offering movies and TV shows to Prime members and customers in 4K Ultra HD in 2014 and continues to grow the catalog available in the high quality 4K picture resolution, now with hundreds of titles available. HDR is the next step–additional titles in HDR and expanded device compatibility can be expected this year as Amazon continues to work with Hollywood studios, technology leaders and global consumer electronics companies to expand the Amazon HDR experience. For more information on HDR visit www.amazon.com/hdr.