Until Ultra HD Blu-ray arrives later this year, the primary way for early adopters to enjoy 4K content is through streaming and download services. On the streaming side, we covered Netflix's UHD service shortly after its launch, and now it's... 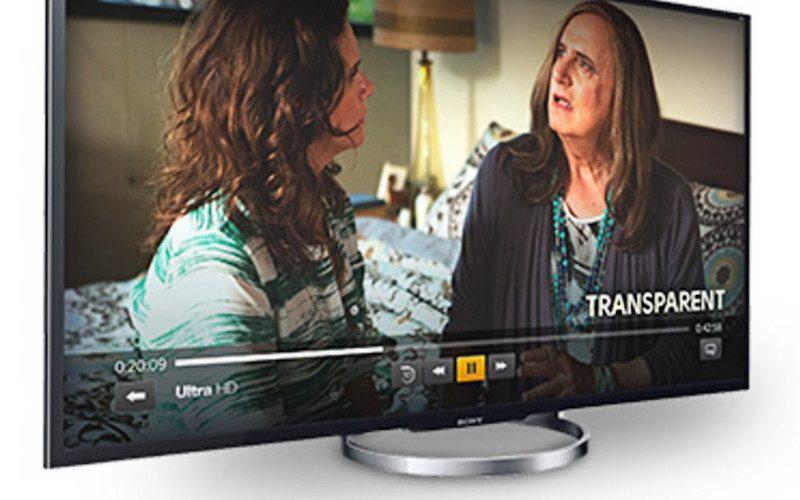 Until Ultra HD Blu-ray arrives later this year, the primary way for early adopters to enjoy 4K content is through streaming and download services. On the streaming side, we covered Netflix's UHD service shortly after its launch, and now it's time to take a look at Amazon Instant Video's offering.

To access the Ultra HD version of Amazon Instant Video, you need three things: 1) a smart (networkable) Ultra HD TV that offers Amazon Instant Video as one of its apps; 2) said Ultra HD TV must have built-in HEVC (H.265) decoding, as that is the compression method used by Amazon to stream 4K; and 3) a broadband connection robust enough to handle 4K streaming. I couldn't find an official Amazon speed recommendation, but it's safe to assume that it's on par with Netflix's recommended 25 Mbps.

If these three elements are in place, when you launch and sign in to the Amazon Instant video app on your UHD TV, you will automatically get the Ultra HD-friendly version. On the Home Page, you'll see an "Ultra HD Movies and TV" icon. In my case, the Home Page also contained a huge ad promoting the Ultra HD version of Amazon's original series Bosch, so I knew I was right where I needed to be. If you don't see any Ultra HD options, that means your TV does not support the format--probably because it does not have HEVC decoding, which was missing from many early UHD TVs.

Within the "Ultra HD Movies and TV" section is a list of all available titles, presented as thumbnails that scroll horizontally across the screen. Titles are not grouped into sub-categories like "TV Shows" and "Movies"; it's just one long list that you have to scroll through to see what's available. Right now, the list isn't insanely long, so that's not a huge issue. One can only hope that, as the UHD catalog grows, Amazon will add more sub-categories to speed up the browsing process.

As I type this in early March, I counted a total of 60 items in the Ultra HD section. Most of the TV shows are Amazon original series, such as Bosch (Season 1), Mozart in the Jungle (Season 1), Transparent (Season 1), Alpha House (Season 2), and a few others. The only non-Amazon shows were AMC's Better Call Saul, NBC's The Blacklist, and BBC America's Orphan Black. On the film side, there was a mix of old and new. New-ish titles included The Amazing Spider-man 1 and 2, Elysium, Battle: Los Angeles, Captain Phillips, American Hustle, Total Recall, Moneyball, Godzilla, and The Monuments Men. Older tiles includes Lawrence of Arabia, The Da Vinci Code, Angels & Demons, The Patriot, A Few Good Men, Air Force One, Evil Dead, Bridge on the River Kwai, Groundhog Day, and Funny Girl.

Unlike Netflix, which is completely subscription-based and gives you unlimited access to all titles in its catalog for no additional fee, Amazon offers both subscription and pay-per-use content (where you can rent or purchase titles individually). The unlimited subscription content falls under the Prime banner, while the pay-per-use section is where you'll generally find the newer, big-ticket film releases.

In the Ultra HD Movies and TV section, Amazon mixes Prime titles and pay-per-use titles together, so Prime subscribers have to look for the Prime check mark to find the titles that are free as part of their yearly subscription. The bad news is, the vast majority of Amazon's UHD content is not currently part of the Prime package. Of course Prime subscribers get free, unlimited access to all of the Amazon original series (plus Orphan Black, which I'm really digging), but only four movies were available to stream free through Prime: Funny Girl, Hitch, Philadelphia, and Crouching Tiger Hidden Dragon.

This begs the question, is Amazon's streamed Ultra HD content really worth the step up in price? I'm fortunate to live in an area where 50-Mbps-plus broadband is available for a reasonable price, and that was the kind of speed I was getting when I tested the Amazon UHD streaming service. I watched some of the film Hitch, as well as full episodes of Transparent and Orphan Black. The picture quality looked very good, with a nice level of detail and no blatant signs of compression. The content steamed smoothly, with no buffering or stuttering.

How much better was it than Amazon's 1080p stream, though? Since every title that Amazon offers in Ultra HD is also available in 1080p, I compared the UHD stream of Transparent with the 1080p stream. Even in studying photos I took for comparison, I could not see a meaningful improvement in detail in the Ultra HD version. Perhaps certain scenes were a hair sharper, but it was nothing that would inspire me to purchase a bunch of UHD titles in streaming form.

High Points
• If you own a newer smart Ultra HD TV with HEVC decoding, you can easily access Amazon's UHD streaming service.
• The Ultra HD content is clearly labeled and easy to find.
• With my strong broadband connection, the picture quality was good, and playback was smooth.
• Since Amazon offers pay-per-use content, you don't have to be a Prime subscriber to watch some of the available UHD content.

Low Points
• Amazon's UHD catalog is limited right now. Very few films are offered as part of Amazon Prime, and most of the pay-per-use titles are only available for purchase. Purchasing an Amazon title doesn't give you a copy to download to a server, as is the case with Sony's 4K service and media player. It just gives you unlimited access to a streamed copy.
• I did not see a major difference in picture quality between the Ultra HD and 1080p streams of the same content.
• When you search for a title, Amazon only shows results from the 1080p catalog. So, the only way to browse and find UHD content is to scroll through the complete list under "Ultra HD Movies and TV."

Comparison and Competition
Netflix is Amazon's main competitor in the streaming UHD space right now, and Netflix Ultra HD offerings aren't much better at this stage. Netflix Ultra HD requires an $11.99/month subscription, and you can cancel or pause it at any time. Amazon requires you to pay for a full year upfront, but the fee averages out to a lower $8.25/month.

Netflix's Ultra HD catalog hasn't grown much since I first wrote about it back in August 2014. There are currently only 13 UHD titles from which to choose: four TV shows, five movies, and four nature documentaries. On the surface, Amazon seems to have a much bigger selection of UHD titles at this point, but most of them are pay-per-use titles that you must purchase individually, which can get very expensive. Take out all the pay-per-use content, and Amazon currently has the exact same number of titles as Netflix: 13.

M-GO has launched its 4K video-on-demand service, which is a pay-per-use service that is only compatible with certain Samsung UHD TVs. I happen to have one of those TVs in my possession, so I was able to explore the UHD offerings. On the plus side, M-GO gives you the option to rent or purchase UHD titles through M-GO, and some titles available for purchase can be downloaded to watch without a network connection. At this time, M-GO has 34 titles for rent/purchase, plus 12 available for purchase + download. However, the titles being offered are even less "new" than those of Amazon and Netflix.

Sony's Video Unlimited 4K service is another pay-per-use VOD service that allows you to download purchased content, but only to compatible Sony 4K media players.

Conclusion
It's fair to say I wasn't wowed by Amazon's Ultra HD service...nor am I particularly wowed by what Netflix and M-GO have to offer at this point. Sure, as a Prime subscriber, I found it nice to have the Ultra HD option available to watch Orphan Black and Amazon's exclusive content, but I certainly wouldn't spend the money to purchase any of the UHD films that Amazon currently offers, given that I can't download them to a server and enjoy them in a less compressed form. I'd rather save my money and wait for Ultra HD Blu-ray.