An Expert's Take on the Future of HiFi

An Expert's Take on the Future of HiFi

Joe Mariano, a well-known HiFi expert who hosts the YouTube channel and website JoeNTell, discusses his digital tradeshow, and what he's excited about with regards to the future of HiFi 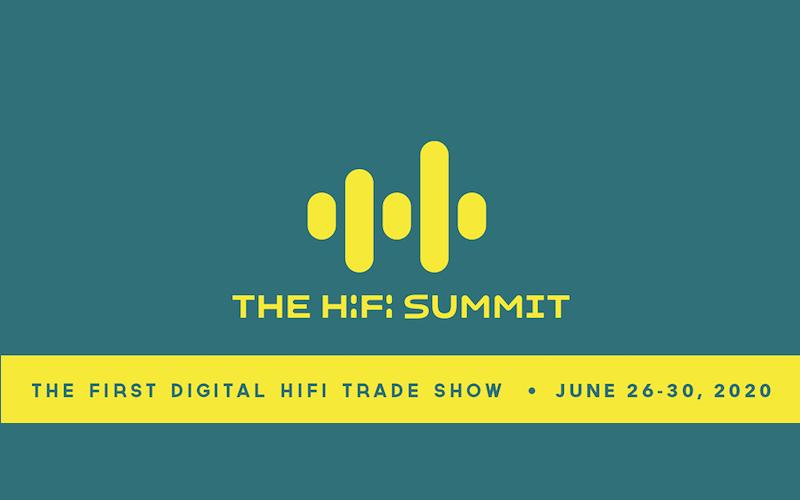 As tradeshows are forced to reconfigure due to social distancing rules, HiFi distributors and users have found other ways to come together. Joe Mariano – also known online as Joe N Tell – discusses The HiFi Summit Q4, the digital online tradeshow he founded, as well as his own start in the business and what he's excited about in the future of HiFi.

Joe Mariano: What makes it important is that the circumstances that we're in made it so that the typical tradeshows – AXPONA and Rocky Mountain Audio Fest – I was looking forward to going to those, but obviously we couldn't do that. So, what're we going to do, right? For a lot of these companies, that's the way that they market, and so without that, I feel like some of them were kind of lost as to how they can proceed and continue showing off the new products, continue talking with other distributors and dealers, things like that. And of course, users. I wanted to create an event that replaced as much of that possible, and I understand that it's not completely possible doing all of this online there's an aspect of face to face that's really helpful, but we're doing the best we can, and I think that's what's important. It shows that you have to try something, and so that's what I've tried to do with the HiFi Summit and I was surprised with how well it worked out the first time, so we're doing it again.

HTR: What will be different with the Q4 Summit versus Q2?

Joe: Initially with Q2, I already came in with the mindset that it isn't a virtual tradeshow. I don't like the term "virtual" because it implies that we're trying to completely replicate all aspects of a typical tradeshow, which, like I said, you can't really do. The thing that I'm doing different is there's less of a focus on quantity. I've done physical tradeshows before. The idea there was to get the most number of attendees, the most companies and just quantity – and of course that's always a good goal, but I found this time I really wanted to focus on the quality of the experience for the attendees and also for the companies as well. I wanted to bring them together to see how far we could take that relationship because it's something that I learned from the first one, which is that we could actually build real relationships, build real connections online and that was a surprise. I want to focus on that and see how much better we can do at fostering that.

HTR: How did you get involved in the HiFi community?

Joe: I've been into speakers and audio since I was 12. Computers, tinkering with stuff, it's just kind of an engineering mindset where you're an inventor almost, so you're just trying different things, seeing what works, what doesn't work, and that's kind of what audio is about and so it fits right in with my style. I couldn't afford it when I was younger but now I could and I bought too much stuff so I figured, you know what instead of making an excuse as to why I bought all this stuff, let me start reviewing it and see if other people appreciate that, and the moment I started reviewing speakers it started blowing up. People really liked it and so I think that I found that there were people who wanted to hear about speaker reviews, audio reviews with high quality because the content at the time was just not the greatest.

HTR: What's some advice you'd give to someone who is new to HiFi?

Joe: Have fun with it – don't think that you should have to spend the most amount of money, because that's with any hobby: you can get crazy and spend as much money and go bankrupt if you want, but that's not the key to having fun with it. The key is experimenting and leaning and figuring things out and so I would say, even if you start off with speakers that aren't great, you're going to find out pretty soon what they can do that's ok, and what's not so good, and you're going to find out why. Then you're going to upgrade to the next level. Enjoy the entire process of moving up, right? Don't feel like you need to start way up high because you're going to skip all the learning that happens from going from just bad, to mediocre, to good, to better, to best.

HTR: Are there any new advancements in HiFi or products that you're really interested in?

Joe: The advancements in HiFi that I find interesting are of course all the stuff that we're excited about when it comes to smartphones and other technology. For example, the use of just computing power when it comes to audio. That means DSP: signal processing to get the most out of the speakers. But some of the stuff that I've only seen really from Apple of Sonos – some of those bigger, more tech-oriented companies – where the speakers are actually calibrating themselves to their placements, so they have a mic and as music is playing through them it's recalibrating the sound signature and accounting for whether you have them close to a wall or far from a wall and it'll adjust the sound based on that. Apple is doing some spatial audio stuff, so I'm interested in spatial audio and binaural audio. I think that technology should make stuff simpler, more advanced, and also smaller and less expensive, so anything that can do that and provide good audio to people who typically aren't into audio, I'm all for that.

Going Inside the HomeTheaterReview.com Reference System