Day-and-date movie releases have been the holy grail of home cinema for a long time now. Are we getting any closer? In this update, we take a look at the major players. 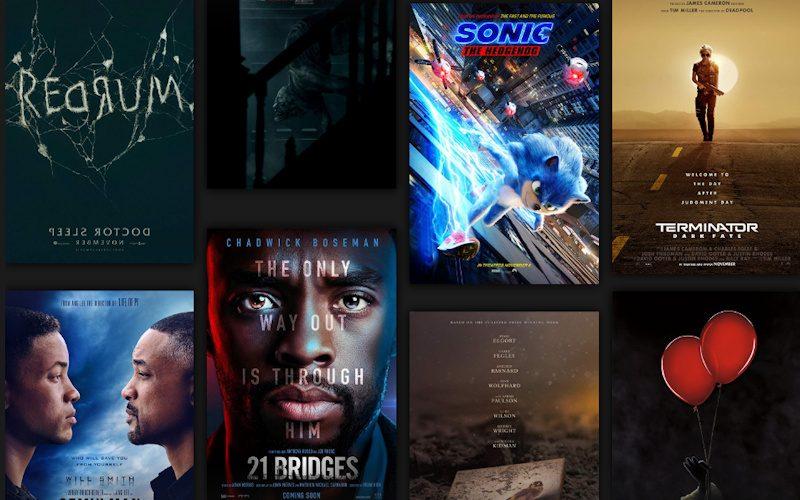 While home video has powered the home theater hobby for more than a generation, the idea of getting Hollywood's best features delivered right into your AV system on the same day as their commercial cinema release is the ultimate home cinema Holy Grail. Granted, the richest of rich, billionaire-class one-tenth-of-one-percenters (and up) who invest in movies and install actual commercial cinema gear in their homes already occasionally get invited into the not-so-secret club of The Bel Air Circuit, and get a key code that gives them roughly 48 to 72 hours before Cinderella morphs back to reality. And if you've never experienced a Bel Air Circuit room, it is off-the-charts cool. But then again, Bel Air Circuit is reality for maybe 500 to at the most 1,000 people worldwide and if you're reading HomeTheaterReview.com, chances are good that you're not one of them. This story is not about the Bel Air Circuit. It's about a newer breed of companies trying to offer the same to you and me (or at least our most wealthy friends). The first player in the day-and-date home theater market is the now somewhat defunct (but trying to raise money for a comeback) Prima Cinema. The opening ask to get started with a thin selection of first run movies in 1080p resolution was staggering, starting with a $30,000 black box server that was loaded with some serious, CIA-level encryption. Studio support was weak-sauce at best, but it was the astronomical cost of the movies that gave many very wealthy people true cause for concern. Prima wanted $500 per movie, which even for the most crazy-rich-home-theater-people was just way too high. Today, Prima owners sadly own a $30,000 boat anchor from a risk that for a brief period of time paid a very cool AV dividend. Perhaps Prima will be back, but they've seemingly got a long way to go to raise money and get in with all of the studios as they will need to justify their stunningly high costs.

One of the advisers from Prima and big-wig from Ticketmaster left and has started a new, competing company called Red Carpet Home Cinema. They are a relatively new player on the day and date, with much better studio support. Their black box, also complete with insane encryption, comes at a much more reasonable $15,000. OK, there is nothing reasonable about a $15,000 black box movie server that could just as quickly become a boat anchor like a Prima server, but that isn't the advantage of the Red Carpet product. One of their key advantages are that they are only missing studio relationships with Sony, Universal, and Disney. While that is a lot of studios to not have, they are already better off than Prima and it is very early for this new player. They have some pretty good early titles on their list and can deliver 4K video via HDMI, which makes the product more suitable to a very, very wealthy person who might not have a commercial cinema in his or her home, just a very fancy home theater setup and the desire to watch first run movies the day they come out.

But that of course comes with a price. How much you ask? You pay between $1,000 and $3,000 per movie for just a few days of access. Yes, you read that right. Red Carpet is marketing to perhaps 10,000 people in the U.S. (the company doesn't operate outside of the States) who want the coolest of toys. The private jet community is one possible key audience. Maritime is another market that would benefit, because if you burn 350 gallons of fuel per hour running your yacht during the day, what is $3,000 for a movie screening at night, right? Outfitting existing Bel Air Circuit clients who don't have commercial theaters in their second or third homes is another potential market. The last and possibly most important audience is just really, really rich people who love tech and/or movies. I was listening to Tracy Morgan interviewed on Howard Stern recently and he was talking about his home bowling alley, his vintage basketball shoe collection, and his screening room in his New Jersey mansion. Flush with Wal-Mart crash lawsuit settlement money and with his $2,000,000 Bugatti in the shop after 20 minutes of driving it in Manhattan, perhaps he's a potential client?

Boxer Floyd Mayweather could be good lead too. That plastic surgeon in Tampa, the oil guy in Houston, or the Bobby Axelrod (Billions reference for those who sadly don't watch the show) type from Wall Street are all possibilities. Me and you? I don't see it. Not at these prices, at least. The company who isn't in the day and date game but should be is Kaleidescape. They are the unquestioned leader in high-end movie servers. They are already delivering 4K content on their system in ways that all major studios (including Disney) have okayed. The cost of their platform is as low as $4,000, which is by no means inexpensive but it is downright cheap when you consider the cost of the above services. Kaleidescape have had their issues in the past, ranging from financial to legal, but have seemingly have come out looking pretty heathy as of 2019. They've mended relationships with the studios and then shown them a way to sell highly profitable home video content in very high-quality formats with a virtual store front that is pretty slick. The problem is, they don't offer day and date yet but assuredly want to and the idea of how much money people should spend on a first run, 4K theatrical film and the reality of what they actually spend is a big delta.

In my local neighborhood movie theater, it's not out of the question that you might bump into neighbors like Tom Hanks or Steven Spielberg walking in to catch a matinee. But that comes with the price of $27 per ticket. The screens are brand new and offer literally the most comfortable seats your butt has ever sat in. The theater owners offer constant but subtle service to make sure your $50-per-shot Balvenie 21 Portwood scotch never gets too low. iPad ordering guarantees that you never want for anything in terms of snacks. I recently took our family and a few of my son's seven-year-old buddies to see The Lego Movie 2 at this fancy theater. It cost me more than $200, and that didn't include lunch, McConnell's ice cream (very good, from Santa Barbara), or any Balvenie for Daddy, as day drinking just didn't seem like a good idea. Valet parking was $14 alone.

But even with all of that I was $750 lower than the lowest price Red Carpet Cinema offers. I ask myself what movie would I spend $1,000 for? Fletch? Caddyshack? The Godfather? Goodfellas? Airplane? I don't know. And that's the classics that I already know I love. For a new movie, I would have to go in knowing that it lived up to the quality of the AFI Top 100, and most new movies can't meet that high standard. Moreover, the window that a consumer has to wait to view said "new movie" as a home video offering, be it on a pay-per-view, UHD Blu-ray, or streaming platform has gotten shorter and shorter. Once again, the question must be asked: how many movies have come out in the past 10 years that you can't wait 90 days to see? OK, I hear you on the Marvel movies. Star Wars fans like Dennis are not going to be denied, and the kids need to see Toy Story 4 without delay. But how many of the hundreds and hundreds of other movies released every year are perfectly fine on HBO, Cinemax, Netflix, Amazon, or elsewhere? Nearly all of them is the honest answer. So, what is the fly in the ointment that is keeping the millions upon millions of U.S.-based, movie loving customers from getting the day and date moves in 4K resolution at a price that we can justify? That would be Hollywood's dysfunctional relationship with the theater owners. I will never forget my one and only foray into being an executive producer on a Hollywood movie: Andrew Robinson's April Showers. Based on a true story, this movie about school shootings broke so many Hollywood rules that is wasn't funny. It turns out, though, that unless your movie is in the horror genre, you can't even imply that you kill teenagers or you will get an R-rating, which we did. We were one of the first films shot and released in 4K (if not the first) but when the two handfuls of 4K theaters that we wooed for a tiny theatrical box office opening found out that we were going day and date on iTunes, we were dead to them. You see, if the theater owners feel even the slightest inkling that you might do something to upend their business model, buddy, you are dead to them. Day and date releases of blockbuster Hollywood movies produced by the big studios is just too much of a betrayal for the theater owners. They will freak and the studios just aren't ready to evolve their model, even if Amazon and Netflix already have and Apple is months away from jumping in the game. Oh, and there is Google (YouTube) who won't be left out of this game for long, either.

Day-and-date movies are not here for us yet, midway through 2019, but that won't be the case for too much longer. The streamers are making our 4K worlds better and better and that is a consolation. The shorter and shorter window from theatrical release to home video also takes some of the sting out of the lack of day and date, but trust me: it is coming. At first, it will continue to be absurdly expensive, but when the concept is effectively proven like Kaleidescape has done with high-bandwidth downloadable 4K home video releases, Hollywood isn't going to miss the opportunity to evolve their business model. And when that finally happens, you will have the biggest turning point in the history of home cinema.