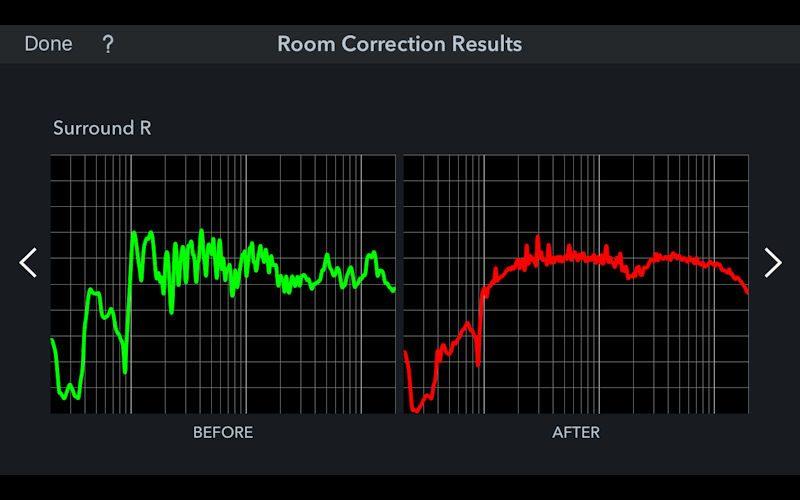 Feature News Stories
Published On: October 22, 2018
We May Earn From Some Purchases Via Affiliate Links

Good room correction can work wonders, but it's no replacement for better speaker placement and reasonable room treatments, as one reader recently learned.

I recently received a direct message via Twitter from a reader who had purchased a Marantz receiver at my recommendation and was hoping I might provide a bit of assistance in terms of calibration.


“I’m new to home theatre,” the message began, “and set up a 7.2 system in my small room here with a Marantz 6012 receiver. In your review about it, you said that the main advantage of the MultiEQ Editor app is the ability to set a maximum filter frequency. I’m just wondering how you go about deciding where to set that?”

A room correction question! My very favorite sort. And an excellent question at that. So, I pointed him in the direction of my latest light overview of room correction technology and philosophy, hoping it would provide him a general answer.

It didn’t help, unfortunately, so he asked if he could send some screenshots of the measurements of his room from the MultEQ Editor app, in the hopes that maybe I could give him some very room-specific advice.

What I saw was… well, not good.

I should stop for a second here and offer the same caveat that I gave this reader in my lengthy email reply before we go any further: none of what I’m saying here should be construed as judgment. At all. We’ve all been new to this hobby at some point; we’ve all made mistakes in terms of setup and calibration and even gear selection. We’ve all learned from those mistakes, and hopefully our systems sound better for it. In other words, I’m not here to pwn the n00b, and any comments below along those lines will be met with a swift ban hammer.

Anyway, on to the results. You can see below the frequency response of this reader’s front right and surround right channels, both before and after Audyssey room correction. 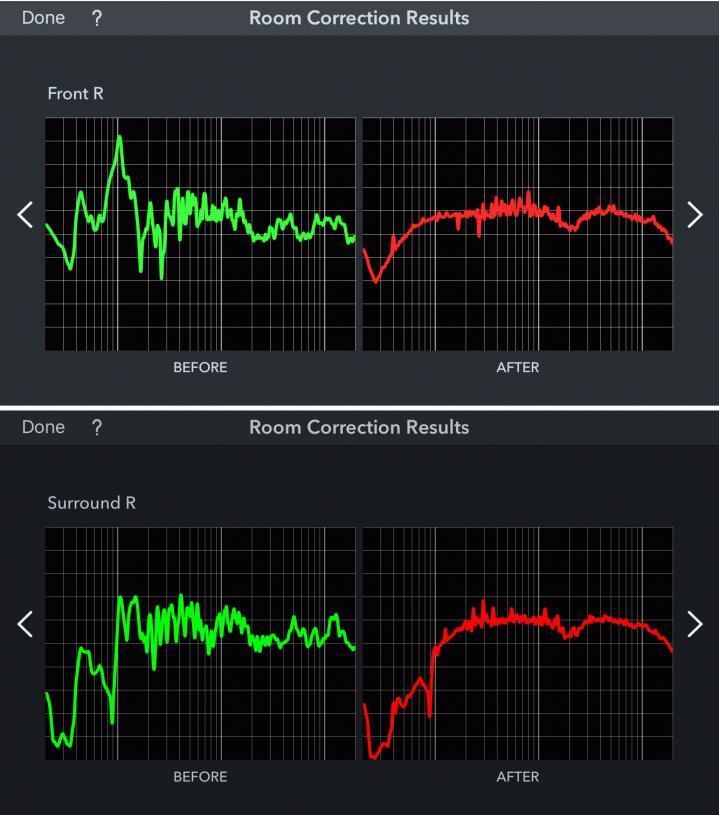 My response? I’ll let you read it for yourself.

Out of respect for this reader’s privacy, I won’t share those photos here. But suffice to say, my assumptions were correct. Just not exactly the way I thought they would be. Here’s a rough top-down view of the room, in which you can see my primary concerns: the front left and right speakers wedged right up next to a desk, offering ample opportunity for nasty reflections from that top surface; the right speaker sandwiched up against a tall shelf and gear rack, which blocked its dispersion; the right surround speaker angled in right next to the other side of that same shelf/rack unit. Not pictured are the surround back speakers, which seemed mostly fine in their placement. 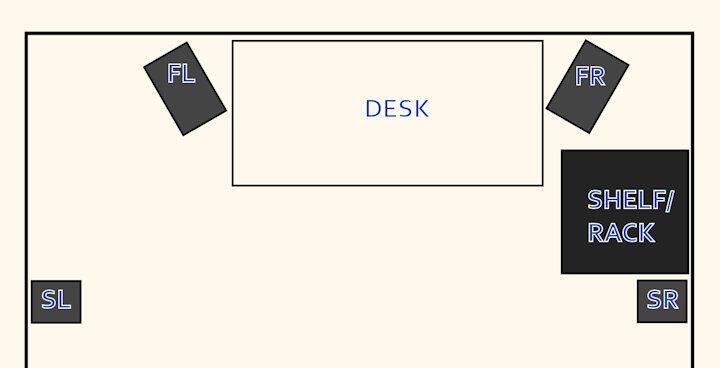 Simply put, no amount of EQ and impulse response filtering could effectively deal with all of the chaos happening in the midrange and high frequencies in this room.

So, I sent him a quick sketch for an idea of how he could rearrange the room and give Audyssey a lot less work to do: remove that tall shelf and stash the gear elsewhere; space the speakers and the desk out a little more; and bring the main speakers forward so their tweeters aren’t reflecting off its top surface. Once he has all of that done, the plan is for me to take another look at his room and help him find a filter frequency limit that works best for the acoustical problems that remain, while still allowing his speakers to sound like his speakers. 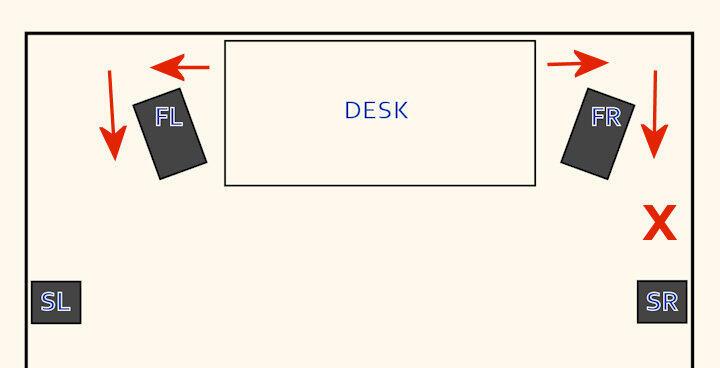 From there, he started asking about acoustical room treatments, which would be nice, and not unwarranted by the quality of gear he’s got in the room: B&W 683 S2s for the fronts, 685 S2s for the surrounds, and an HTM62 S2 for the center channel, with two Polk Audio subs under the desk.

But professional acoustical treatments might be overkill for this space, given that it’s still a living space as well as a listening room. I suggested instead strategically placed bookshelves, perhaps, or even just draperies. He’s also looking at buying a smaller desk and wall-mounting the TV. I taught him the mirror trick for finding his first reflections and suggested putting something there with absorptive properties.

The point of all this is, the changes that this dear reader needs to make to take his 7.2 channel audio system from a sonic disaster to something quite enjoyable don’t involve knocking down walls or hiring an acoustician–just a little knowledge about how speakers deliver sound into the room, and the understanding that room correction isn’t the solution to all problems. True, better room correction systems can work wonders once you’ve done your best with the room’s acoustics, but as we often say here at HomeTheaterReview, you have to use physics before you start trying to employ magic.

Just getting started with home theater and need some room correction advice of your own? Shoot me an email at [email protected], or reach out to us or Twitter or Facebook.