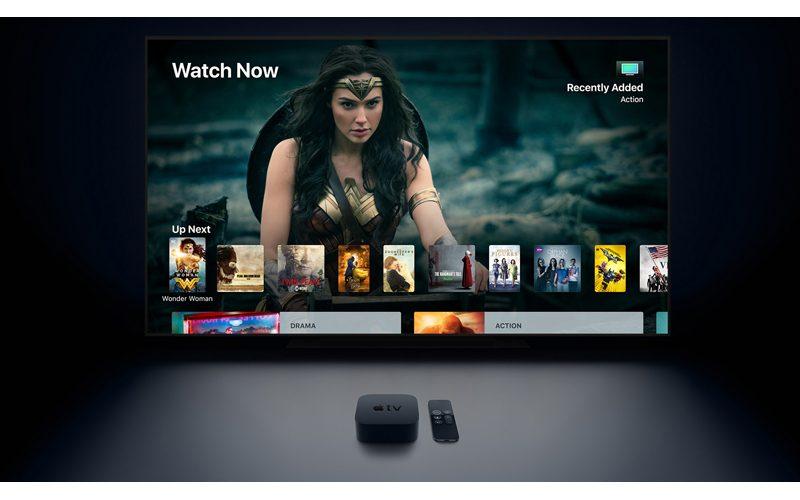 In mid-September, Apple finally entered the 4K game with its introduction of a 4K-friendly Apple TV and the addition of 4K movie downloads to the iTunes Store. From a hardware perspective, Apple's 4K offering may land in the category of "too much, too late." The Apple TV 4K includes the key features it needs to keep pace in the market: voice search/control through Siri, compatibility with HomeKit smart home products, gaming features, and HDR support (both HDR10 and Dolby Vision). And Apple has wisely made its platform more universally appealing by finally adding apps for Amazon Video and VUDU. Nevertheless, its $179 to $199 asking price is significantly higher than that of most competitors. Shortly after Apple introduced the Apple TV 4K, Amazon announced its brand new HDR-capable Fire TV, which goes on sale October 25 for just $70. Likewise, Roku introduced its 2017 lineup, which includes the new HDR-capable Ultra model for $99.99 and the new HDR-capable Streaming Stick+ for $70. We've already reviewed Google's Chromecast Ultra media bridge, which also supports Dolby Vision and costs $70. Are you sensing a commonality in how the other guys are pricing their players? Naturally we'll reserve final judgment on the new player until we've had a chance to review one, but on paper the Apple TV 4K seems like a tough sell for many consumers.

Even if Apple fails to gain a significant share of the 4K hardware market, the company is already making waves on the software side ... and they're good waves for the consumer. During the product launch announcement, Apple also announced that it would add 4K HDR content to the iTunes Store--an expected move. What turned heads, though, is the announcement that 4K titles would carry the same purchase price as 1080p titles, which bucks the trend to charge a premium for UHD content. Services like Amazon Video, Google Play, and VUDU were charging, on average, $30 to $35 to purchase a UHD version of a movie; now Apple enters the fray with an average purchase price of $19.99 for recent releases like Wonder Woman, Spider-Man Homecoming, La La Land, and War for the Planet of the Apes. Even before the player's official release, reports surfaced that Apple was battling the movie studios over 4K pricing, and they seemingly won the battle.

Another smart move on Apple's part was to offer free 4K upgrades for all 1080p films. iTunes users who purchase an Apple TV 4K will get automatic upgrades of HD titles in their existing iTunes library to 4K HDR versions as they become available. To the best of my knowledge, no other service offers a 4K upgrade path, let alone a free one. Kaleidescape offers a DVD-to-BD upgrade path, but it costs $5.99 per title, and the company has not yet applied the same deal to BD-to-UHD upgrades. (For the record, Kaleidescape's high-end system supports uncompressed, bit-for-bit downloads and audio formats like DTS-HD Master Audio and Dolby TrueHD/Atmos; Apple's system uses compression and currently maxes out at Dolby Digital Plus.)

What do you think happened after Apple made these announcements? Well, Amazon almost immediately dropped the purchase price of its UHD movies. Not all of them, but a good many. Google did the same, although to a lesser extent at this point. As for VUDU, this tweet from September 25 pretty much sums it up: "About the 4K price drop... We're on it. We've already reduced over 60 titles to $19.99. Expect more to follow."

Love 'em or hate 'em, Apple knows how to move the needle. With its entry into the 4K marketplace, the company is basically following its standard M.O.: charge more for the hardware, and fight the studios to get the software pricing down. Apple doesn't enter a category unless it can enter on its own terms. Sometimes that approach fails, which is what seems to be the case with the company's Internet TV service that never materialized. And sometimes that approach means being slow to market, as is the case here. But when Apple succeeds on its terms, the success usually translates into lower content prices across the board ... and that's a win for consumers.

So, Apple, when do you plan to enter the hi-res audio market?