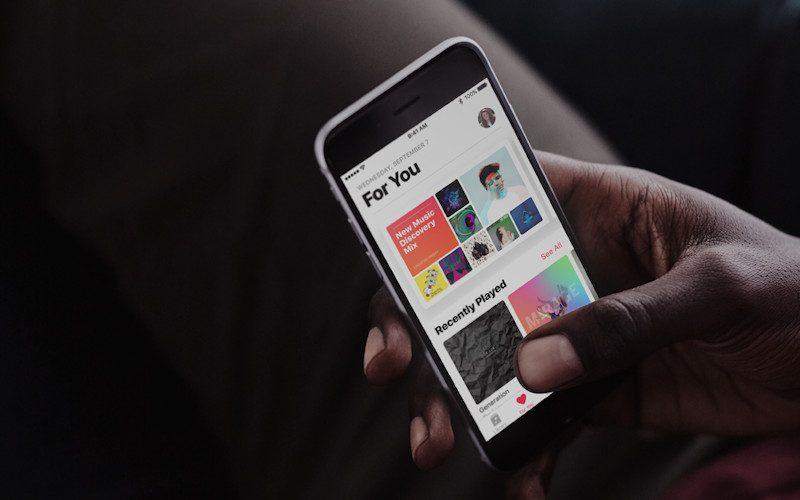 When I was younger, I was all about the mix tape. I invested an inordinate amount of time and thought into picking just the right mix of songs to foster a certain mood or theme, making sure that I achieved the right flow from one song into the next while timing it all perfectly so that no extra seconds were left at the end of the each side of the tape. Cutting off a song was the cardinal sin of mix-tape making; leaving several minutes of dead space at the end of each side wasn’t much better.

As time passed, my mix tapes morphed into mix CDs and ultimately into iTunes playlists, and a huge portion of my iTunes listening still revolves around the playlist. I rarely listen to a complete album by a single artist except when I’m getting acquainted with a new release. I value variety in my music listening–not the schizophrenic variety that comes with trying to listen to your entire iTunes library on shuffle, but the tailored variety that comes from listening to a well-crafted playlist based on a certain genre or mood. As just one example, I’ve got a playlist called “Emotion in Motion” that’s crafted for the road trip–all songs about going to, being in, and then returning from some place. The journey.

If anything I’ve just described resonates with you, then the new Apple Music streaming service is designed for you. At its core, Apple Music is all about the playlist.

Yes, Apple Music does give you access to roughly 30 million songs in the iTunes music catalog, with the ability to listen to complete albums from any artist in the catalog and to seamlessly integrate those albums into your own iTunes music library. Yes, it allows you to listen to genre-based “radio” stations and create artist-inspired stations, shuffling through songs that are similar to those of an artist you already love. Yes, it offers the new Beats 1 live radio station being broadcast simultaneously around the world.

But really, what distinguishes Apple Music from the likes of Pandora, Spotify, and Google Music is its focus on the playlist…on crafting a musical theme or mood with a certain number of curated songs–i.e., songs selected by real people. How much value you place on this aspect of the service will dictate whether or not Apple Music is a more worthy investment than the other streaming services on the market.

Let’s cover the basics. Apple Music costs $9.99/month for an individual subscription or $14.99/month for a family subscription that supports up to six users (a free three-month trial is available). Apple Music streams AAC files at 256 kbps. On your computer, Apple Music is fully integrated into iTunes; it can’t be accessed via Web browser or its own dedicated app. To use it, you need to download or upgrade to iTunes version 12.2.

Owners of iOS devices must update to the v8.4 operating system, at which time the Apple Music app will replace the current iOS Music app. I own an older iPhone 4, which does not support the new OS and therefore does not support the Apple Music service. So, this review is based entirely on my experience with the service as it is offered through iTunes on a computer, which is likely the way many of our readers will use it to stream music to AirPlay-enabled devices around the home. (FYI, Sonos has already announced that it will support Apple Music later this year.) From what I’ve read elsewhere, the iOS version is not without its share of frustrations in these early-goings, and I’ll point you here for a discussion on that. An Android version of Apple Music is reportedly coming this fall.

When you update to iTunes 12.2, you’ll notice some new categories along the top of the iTunes Music Player interface. Next to staples like My Music, Playlist, and iTunes Store, you’ll find options labeled For You, New, Radio, and Connect. Click on “For You” to begin the personalization process, where Apple Music asks you to select music genres you like and then artists within those genres. These choices float around in bubbles; click the bubble once if you like the choice, and click it again if you love the choice. Based on your selections, Apple Music instantly creates a customized For You page with some playlists and album recommendations that fit your tastes.

At first, my list wasn’t very long, and I wasn’t terribly impressed with the options, which placed too much emphasis on classic rock. So I went back and tweaked my preferences (you can do this at any time by selecting “Choose Artists for You” under your account info). After several tweaks, I ended up with a well-rounded reflection of my musical tastes. Now, every time I cue up iTunes, some new playlists and recommendations are waiting for me in the “For You” section. As I type this, I’m listening to a playlist called “Behind the Boards: Brian Eno,” which includes 17 songs produced by Brian Eno, from artists like U2, Coldplay, Sinead O’Connor, Talking Heads, and James. Now, I’ve never told iTunes how much I admire Brian Eno, but the service figured me out pretty quickly and created a playlist that combines Eno-produced songs that I already own with ones I’ve never heard before. I can add any of the new songs to my iTunes library and even one of my own expertly curated playlists with the click of a button. That’s pretty cool.

At first glance, the “New” section looks like it’s just another link to the iTunes Store to browse new music, with lists of hot new tracks, top songs, top albums, top music videos, etc. All of these lists can be tailored by genre, too. But the most interesting part of the “New” section is kind of buried in the middle: a banner runs across the interface with options that read “Apple Editors Playlists,” “Activities Playlists,” and “Curators Playlists.” Within these areas are–you guessed it–more playlists, handpicked by Apple editors or guest editors like Rolling Stone, Wired, Shazaam, Grand Ole Opry, DJ Mag, Mojo Mag, and many others. The Activities area features playlists built around activities like BBQing, Breaking Up, Chilling Out, Driving, Waking Up, or Working Out. There’s a whole lot of interesting stuff to dig into within these areas, if you’re willing.

The “Radio” section isn’t brand new. Apple already offered (and still does) free genre- and artist-based stations, but the section now includes the new Beats 1 radio station. I confess, after about 10 minutes of listening to Beats 1, I was over it. It’s not for me, but that doesn’t mean it’s not for everyone. Interestingly, Beats 1 was the only element of Apple Music that would not stream over AirPlay in my house. Every time I tried switching to Beats 1 from another part of Apple Music, iTunes would turn off AirPlay and only play the station through my computer.

Finally, there’s the Connect section, which is a social media page designed to connect you with artists, who check in periodically with status updates, videos, etc. Picture a Facebook universe where all your “friends” are your favorite bands. Apple Music builds your Connect page based on the artists in your library, so it’s immediately relevant to your tastes, and you can add/subtract artists as desired. This section was far more entertaining and time-consuming than I originally expected it to be.

It’s worth noting that anyone who updates to iTunes 12.2 is going to see the new sections I’ve just described–and will be able to stream the free radio stations (even Beats 1, at least right now) and view the Connect page. You can even browse the playlists in the “New” section, but you won’t actually be able to play the music without the Apple Music subscription.

The last significant difference in the new iTunes 12.2 for Apple Music subscribers is the search function. Now, when you click into the search field, you can choose between searching your own music library and searching Apple Music for any artist, song, or album you want to hear.

High Points:
• Apple Music gives you access to 30 million songs in the iTunes music catalog, with the ability to integrate them into your personal iTunes music library so that all your music is located in one place.
• The service offers a lot of hand-picked playlists by Apple editors and guest editors, as well as customized playlists based on your personal preferences.
• Genre- and artist-inspired radio stations are available that can learn your tastes.
• The Connect section is a fun way to interact with your favorite artists.

Low Points
• Apple Music is not compatible with older iOS devices that don’t support the new OS 8.4.
• An Android version is not yet available, although Apple says it’s coming in the fall.
• While Apple does offer free, ad-supported radio streams, there’s no free version of Apple Music with direct song/album access, as you can get with Spotify Free on your desktop.
• Apple doesn’t offer a lossless streaming option, à la TIDAL.

Comparison and Competition
The highest-profile competitor to Apple Music is Spotify, which also allows you to browse by specific song/artist and stream genre- and artist-inspired radio stations. The free Spotify desktop app gives you access to the core Spotify features streamed at 160 kbps. Spotify Premium costs $9.99/month and streams in the Ogg Vorbis format at 320 kbps and is available on mobile devices. In terms of sound quality, Spotify’s 320-kbps rate is a little higher than Apple’s; CNET recently did a sound-quality comparison between the two services that you can read here.

For our audience, the biggest competitor might be TIDAL, as it’s the only service that offers a lossless streaming option at $20/month, and it’s being integrated into a growing number of higher-end audio products. TIDAL also offers some curated content.

Other competitors include Pandora, Rdio, Google Music, and Rhapsody. The Verge put together a nice comparison chart of the different services, which you’ll find here.

Conclusion
With so many streaming music options to choose from, how do you decide if Apple Music is the one for you? If you already use iTunes and AirPlay for a lot of your around-the-home music listening, the biggest benefit to Apple Music might be that it seamlessly integrates the streaming service into your existing ecosystem, with no need to bring other apps into the process. Of, on the other hand, you hate using iTunes, Apple Music probably isn’t for you.

In a big-picture sense, the question is, what do you want from your streaming music service? If all you want is a simple way to access albums and songs, maybe stream the occasional radio station to provide background music around the home without giving much thought to the process behind it, then one service is really just as good as the next. You might as well just pick the one that plays nicest with your audio products. If, on the other hand, you want to dig a little deeper–if you want to actively connect with a community that can recommend new music and experiment with interesting new playlist combinations–then Apple Music should be right up your alley.

Additional Resources
• Visit our Applications category page for reviews of other music and video applications.
Get more information on Spotify here
• Visit the Apple website for more details on Apple Music.

You'll automatically be entered in the HTR Sweepstakes, and get the hottest audio deals directly in your inbox.
0 0 vote
Article Rating
Subscribe
Connect withD
Login
Connect withD
0 Comments
Inline Feedbacks
View all comments
Author
Adrienne Maxwell
HomeTheaterReview Product Rating
Value:
Performance:
Overall Rating:
When you buy through links on our site, we may earn an affiliate commission. Your support is greatly appreciated!
This is the static ad content. This is just a placeholder for now to get things styled.
Visit Website