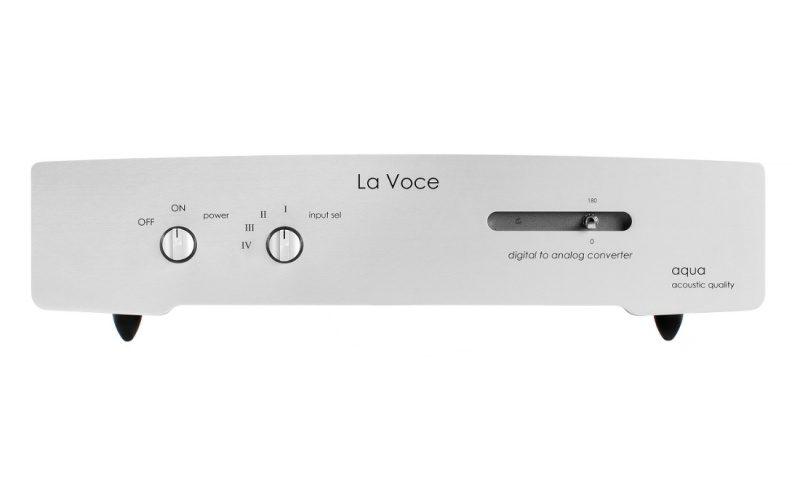 Digital-to-Analog Convertors (DACs) come in a wide variety of shapes, prices, and feature sets. Some are so small you can put a bakers' dozen into your pocket and scarcely leave a bulge, while others are the size of a mini... 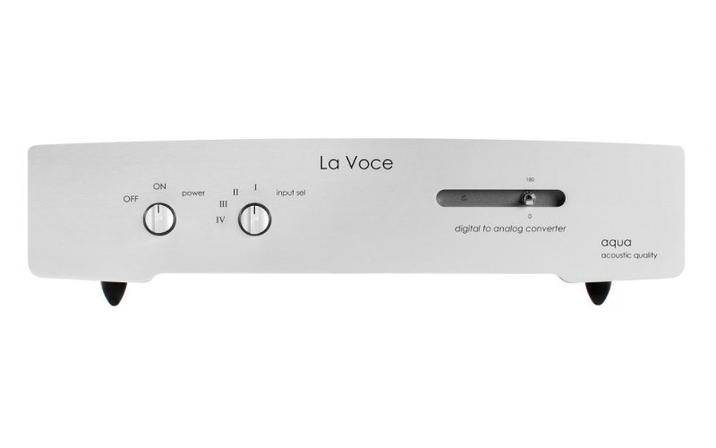 Digital-to-Analog Convertors (DACs) come in a wide variety of shapes, prices, and feature sets. Some are so small you can put a bakers' dozen into your pocket and scarcely leave a bulge, while others are the size of a mini fridge. Prices also vary widely, from $99 or less for a DAC for your smartphone to over $50,000 for a flagship model from a boutique manufacturer. The Aqua La Voce S3 DAC sits roughly in the middle-upper part of the pack, pricewise ($4,750 MSRP), and employs unique and sophisticated circuitry to create a DAC that is different. And to be clear, different can be good. It all depends on your tastes and what you want a DAC to accomplish, or not accomplish. DACs come in several basic types. First, there are "chip DACs," which use an integrated circuit made by AK or Burr Brown or others as the heart of their designs, with all the filtration and decoding done in the chip. Second are "ladder DACs," which use a resistor array to decode a digital signal. These are usually higher-priced due to the number of critically-matched parts needed to make the design successful. Most ladder DACs are also NOS (short for non-over-sampling), which some audiophiles prefer due to their "simplicity." Finally, we have FPGA DACs which use a field programmable chip as their heart.

The Aqua La Voce S3 combines an FPGA front end with a ladder DAC section for its digital circuitry. An FPGA-based DAC has several unique characteristics. The most important quality is its flexibility: it can be programmed to do exactly what a manufacturer needs it to do (within limits). In the case of the Aqua La Voce, the FPGA chip serves as the gateway to the Ladder DAC. It handles all the front-end duties, and Aqua calls it their "Decoding board." One of its special features is that it can be reprogrammed an upgraded. Actually, all the critical sections of the Aqua La Voce S3 can be upgraded due to its modular design. The R2R ladder resistors, main board, and I2S/USB board can all be upgraded. This is good news for owners of earlier versions of the Aqua La Voce S1 and S2; they can update their DACs at any time to the latest S3 specifications if they wish. Another reason for the FPGA circuit is that it allowed Aqua's engineers to execute a filterless design. The La Voce has no absolutely digital filtering in its digital signal chain. According to Aqua, "The absence of digital filtering means no processing of the input signal. The original digital samples are translated to the reproduced sound, preserving the transient shape and avoiding any ringing.

The La Voce S3 uses a galvanically isolated S/PDIF and AES/EBU inputs as well as a "jitter free" AQlink (I2S protocol) input connection. The La Voce's digital receiver stage employs a phase locked loop (PLL) clock technology on its S/PDIF inputs. With discrete regulators for both its digital and analog power supplies, as well as two separate analog and digital low-noise power regulators, the Voce also uses no OP amps in its analog stage; instead it's populated by fully discrete parts.

Parts quality inside the La Voce S3 is simply first-rate. The La Voce includes 105 degree "long life" capacitors, low noise metal foil resistors, a metalized film plus capacitor, and ultra-fast diodes. Finally, as you might have suspected by its name, the La Voce S3 was designed and manufactured in Italy, and comes with a five-year warranty.

Ergonomic Impressions
The Aqua La Voce S3 is a "basic" DAC. By that I mean that it has no streaming and no adjustable analog outputs. For streaming sources, you will need a device with Internet access and digital outputs to connect to the La Voce. You will also need some way to control the La Voce's analog output level, such as a preamplifier or a volume control on your active loudspeakers.

The La Voce S3 has digital inputs for USB, AES/EBU, RCA S/PDIF coaxial, BNC S/PDIF, Optical Toslink, and an RJ45 AQlink I2s serial bus. It has two pairs of analog outputs, one pair RCA single-ended with a 2.5 volts RMS output, and one pair XLR balanced that produce 5.5 volts RMS. Front panel controls consist of an on/off power switch, four input selection options from an input set knob, a small green light that signifies it's on, and a 0/180-degree polarity switch. That's it.


Installing the La Voce S3 into a system was as simple as connecting some source inputs and an analog output to a preamplifier. I used the La Voce S3 in several setups including my main room, my desktop, and connected directly to the Sony TA-ZH1ES headphone amp's analog input.

This is a good place to mention that although the La Voce S3 can handle any PCM file from 44.1/16 to 384kHz/24, and DSD 64 and 128 via DoP, it does not do any MQA decoding and is not MQA compliant. If you wish to use the La Voce S3 with MQA content, you will need a streamer such as the Aurender ACS10, which can do all the MQA decoding prior to sending its digital output to a DAC.

Sonic Impressions
At this point, I would be surprised to find a modern DAC that does not sound at least very good, if not excellent. The La Voce S3 delivers beautiful sound that certainly lives up to its name in English: voice. I found the La Voce S3's midrange especially enticing, with a warm sunny disposition that pervades every track played through it. I suppose some might label the La Voce S3 "euphonic," using it as a purgative term, but I did not find it to be musically subtractive. Instead the La Voce S3 has an absence of harshness that could be attributed to its lack of ringing filters, either before or after the initial pulse.

Imaging through the La Voce S3 was big ang bold. Locational cues on recordings were easy to identity, making it easy locate instruments in three-dimensional space on well-recorded music. I did notice that on some cuts the individual instruments took up slightly more lateral space than through the Manhattan II DAC, although the overall size of the soundstage was similar. The edges of an image, where an instrument stopped, were slightly less distinct through the La Voce S3 than I'm used to through my refence DACs.


While I did not find the phase switch did much on most pop multi-mic'd recordings, on some of my own recordings it sounded better with the phase set to 0 than 180. If you want to play with phase, a classic demo cut to check phase reversal used to be Amanda McBroom's audiophile classic LP Growing Up in Hollywood Town. On some tracks her vocals could be moved from the front of the soundstage to the back by flipping a polarity switch. I tried this on the 44.1/16 FLAC version on Tidal and did not notice the same sort of flip from front to back.


I have two reference DACs that I use regularly: the Mytek Manhattan II and the PS Audio DirectStream Junior, which are within roughly the same price range. Both offer quite a bit more interconnectivity than the La Voce S3. Both the Mytek and the PS Audio have provisions for directly interfacing with your network. Also, both have built-in volume controls. The Manhattan also has options for adding an extremely high-quality phono card as well as several analog inputs that remain analog throughout. The Mytek also supports a full unfolding of MQA sources.

In comparison, the La Voce S3 will require a separate streaming device to access the internet, as well as some sort of volume control between it and a power amplifier or active speaker array. Once you add components of equal quality to the La Voce S3 the final cost may well exceed that of a fully configured Mytek Manhattan II, and several thousand dollars more than the PS Audio.

I could spend the rest of my word allotment going into the sonic differences between these three DACs, but space precludes that. I will state that the three DACs do sound differently, but the differences are subtle and easily swamped by other more colored elements in a system, such as the room and loudspeakers employed in that room.

Conclusion
I realize that many subjectivist audiophiles consider a ladder DAC the only proper way to do digital, while other more specification-oriented audiophiles find the cost and potential pitfalls of improper execution and lack of upgradeability of a ladder DAC outweigh its potential sonic advantages. The Aqua La Voce S3 is a mid-priced ladder DAC that, unlike many DACs, ladder and otherwise, can be upgraded due to its modular design and FPGA front end. For audiophiles who want a ladder design that uses precision resistors for a reasonable cost, the Aqua La Voce S3 is an exceptionally viable option.

You may have noticed I avoided the term "analog-like" during the course of this review. For some audiophiles who prefer a slightly more euphonic presentation, which is often referred to as "analog-like," the Aqua La Voce S3 could be the perfect DAC option. It is well-priced for a true ladder DAC design and delivers a filterless digital presentation that could be exactly what some audiophiles crave.