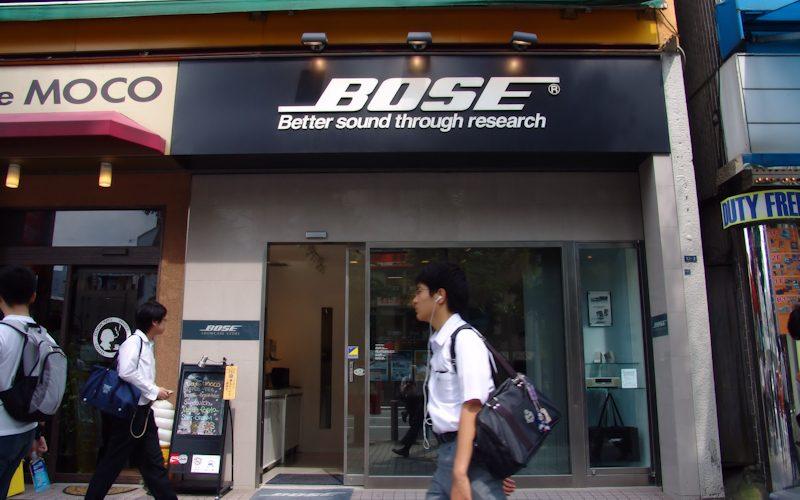 Feature News Stories
Published On: February 3, 2020
We May Earn From Some Purchases Via Affiliate Links

You don't have to buy Bose. You don't even have to like Bose. But you should respect the company's engineering and marketing prowess, not to mention its appeal to the Average Joe or Jane.

If you are a Bose hater, then the news that the speaker company is closing all of its 119 global retail stores might put a smile on your face. But it shouldn’t. The fact is, no matter how you feel about Bose speakers or their business practices, they are the single best multi-channel marketing company perhaps in the entire global economy. And by “multi-channel marketing” I am not speaking about 9.1.6 Dolby Atmos, DTS:X, or any other kind of home theater surround sound. 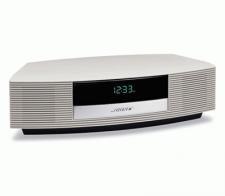 I am speaking of a company that knows how to sell as effectively online as they do in big-box retail stores or door-to-door or via infomercials. Bose is the best at that, even if you think their speakers sound like long fingernails on a blackboard.

Historically, Bose has ignored one channel, and that is the specialty audio-video space. And that might be because there isn’t a lot of love for a mainstream product like Bose around here. Like a McDonald’s Happy Meal, their sound is engineered to give the listener what they want versus what is “right” by audiophile standards. And that philosophy makes audiophiles go bat-shit crazy, which has been the case for years. They want a more esoteric solution to speaker design. They want the key to the audio kingdom spoon-fed to them via sermon, not engineered based on focus groups, tests, and whatnot.


Bose has done fantastically well in nearly every other category that they sell in. They dominate mainstream loudspeakers, clock radios, soundbar type solutions, and the all-important headphone category. I have long said that Bose and Sony are head-and-shoulders above all others when it comes to noise cancelation in wireless headphones. You don’t have to like the overall sound of their headphones, but if you like noise cancelation, Bose is a category leader no matter how much the haters hate. They also have a strong position in automotive audio. They have a meaningful position in sound reinforcement, such as concert venues, churches, and stadiums.

Over the years, Bose hasn’t done themselves any favors in the courts, which has resulted in some losses in the court of public opinion, as well. One of the most significant cases during my career as a publisher in the specialty audio-video space is Bose vs. Consumer Union which was decided by the Supreme Court of The United States in 1984. Consumer Union was the parent of Consumer Reports Magazine, 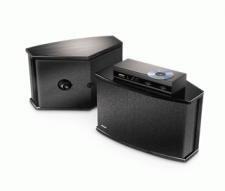 and Bose got their feelings hurt over a review of the somewhat awkward Bose 901 speakers. The ensuing fight over First Amendment rights went to the highest of high courts and ultimately said that one can pretty much review what you want to under the First Amendment. The significance of this decision is perhaps more impactful today, what with all of the various retail sites that give the consumer/reader the power of the pen. Imagine if a multi-billion-dollar company could sue you for saying on a site like Yelp, Trip Advisor, or Google Reviews that their product and or service was less than stellar? That wouldn’t be the same Internet that we know and love today.

Bose additionally sued the custom installation trade group CEDIA over trademark issues that didn’t help their reputation any more in yet another channel associated with the specialty AV. In the end, Bose could have been a little less draconian with their legal tactics and made a few more friends over the years, but that is water under the bridge now. The legacy of Bose vs. Consumer Union is a meaningful legacy for all consumers and to our benefit in a world where bazillion-dollar companies like Bose get love from every direction. In the end, the First Amendment won out.


I will never forget sitting on a commercial flight from Los Angeles to New York (or maybe it was Philadelphia) and getting into a conversation with the folks in First Class. We were talking about headphones, and at the time (easily 15 to 20 years ago) I was showing them my custom-ear-mold Etymotic Research in-ear monitors. They were compelled. Three of them had Bose over-the-ear headphones that were from the early stages of the era of Bose’s excellence in noise cancelation. 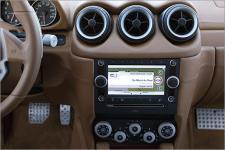 And I couldn’t argue with any of them. They made a solid point. Bose is everywhere. They are part of the fabric of sound reproduction in so many varied venues, including automotive. When I sit downstairs in the Premier Level seats at The Staples Center, can you say Bose makes nothing but bad sound? I would argue not.

I’m not telling audiophiles to replace your Magicos, Wilson Audio, MartinLogans, Sonus fabers, or Focals with Bose. I am not telling you that you shouldn’t look at Beyer Dynamic, Audio-Technica, Bowers & Wilkins, Sennheiser, or others for high-end, wireless headphones. If you don’t like Bose, don’t buy Bose. It’s as simple as that. What I am telling you, though, is to give Bose their proper respect in the marketplace. They make sell billions of dollars’ worth of speakers and audio products per year voiced to the tastes of real-world people. That might not meet audiophile standards, but it works for a lot of people out there.

The legacy of Bose’s retail moves is even more significant in that they highlight the ongoing death of audio retailers. Bose wouldn’t have whacked their retail chain without serious consideration, and that is scary to both the business and the hobby of specialty audio-video. This news isn’t a reason for audiophiles or custom installers to take a victory lap. Today is a time for self-reflection out of respect for what Bose knows that hobbyists and specialty retailers/manufacturers don’t know. This is some serious shit to consider.

You'll automatically be entered in the HTR Sweepstakes, and get the hottest audio deals directly in your inbox.
Subscribe
Connect withD
Login
Connect withD
91 Comments
Oldest
Newest Most Voted
Inline Feedbacks
View all comments
This is the static ad content. This is just a placeholder for now to get things styled.
Visit Website