Are You An Audio-Video Missionary?

Are You An Audio-Video Missionary?

If the hobby of home theater and audio is going to survive, it needs to be shared. Jerry Del Colliano lists a few ideas that could help spread the love when it comes to consumer electronics. 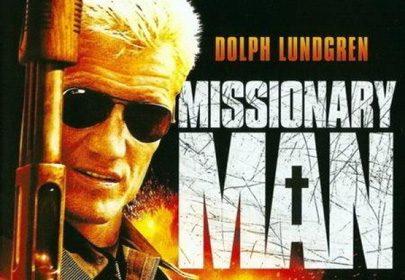 It's fair to say that nothing pisses people off more than talk of politics and religion. Perhaps more today than ever, politics has become a divisive issue for Americans. Religion isn't far behind in terms of third-rail topics that can turn a conversation into an argument. My mom warned me not to get into these types of discussions in polite company, but I haven't always followed her often-sage advice. HomeTheaterReview.com has, as part of its 435,000 monthly readers and 35-plus advertisers, people from pretty much every part of the political spectrum and with vastly diverse religious beliefs, which is a very good thing. Two things that politics and religion do really well are outreach and generate enthusiasm, something that videophiles and audiophiles today need badly. Standing at the pulpit giving the same sermon to the same believers is sadly what happens at far too many of our trade and consumer shows, at specialty AV dealers, and on the pages of too many enthusiast print magazines. Have you ever seen the audiophile print ad with a paragraph of copy talking about "truth in audio" and other text-based narcissistic bloviations? Guess what: those ads are successful in one thing - making the guy who runs the company feel better about himself and his engineering. They do nothing to get wealthy, young, and/or tech-savvy people interested in specialty AV, despite how badly the industry needs new clients.

• Read more original commentary like this in out Feature News Stories section.
• Explore more industry trade news from HomeTheaterReview.com.
• Learn more about what dealers need to do.

Mainstream audio-video customers are different than enthusiast clients. If you are on the HomeTheaterReview.com email list and are part of our monthly readership, you are likely an enthusiast, someone who studies the technologies of AV. You are the guy in your neighborhood who people check with before buying a new TV or a pair of speakers. You are in-the-know and thankfully are our best, most loyal category of reader. You are your local store's best supporter, and you keep this party of high-performance, high-value AV going. A mainstream buyer might be someone who just bought a new house or moved into a nice new condo and needs a flat TV, some speakers, and a few other goodies, be they Roku, Apple TV, or a Sonos system. These people come into our hobby, often get a bit overwhelmed, and eventually make their investment, and that's where the transaction stops until they move again or something breaks. What if the process of buying high-performance AV was more fun, easier to understand, and more rewarding? How many of these mainstream buyers could be converted to well-informed enthusiasts? How many more of their friends and family could they bring to our electric church or to our technological rallies? Lots, if done right. Lots.

How do we convert more mainstream users to become enthusiastic about our technological passions? Here are some ideas to consider:

Idea No. 1: Simple Explanations of Complicated Technology
Invite your neighbors over when you get a new HDTV or AV product. We just got a new 65-inch Panasonic ZT plasma at our country club, and I showed a few curious members how just switching from the Vivid picture mode to the THX Bright Room mode significantly improved the picture quality. They could easily see the difference, which opened up questions about HDTVs, Ultra HD, OLED, and more. These aren't enthusiast buyers but, through five minutes of playing with a TV remote, I was able to offer them a higher level of enlightenment. They have the money to buy more gear and likely will do so sometime soon. Looking at the wall of poorly installed, non-calibrated, pushing-blue HDTVs at Best Buy, Target, or Wal-Mart doesn't accomplish the same effect.

Idea No. 2: Youth Outreach
Audiophiles are stereotypically older men, often in their 50s and 60s. The hobby was started by this demographic and still lives by selling to this group. Everyone knows that the hobby needs new blood, and the good news is that the Millennial Generation (18 to 33 years old) absolutely loves music and technology. The limiting factor (for now) is the spending power of this gigantic demographic of buyers, thanks to factors like a soft job market and high student loan debt. Rest assured that this problem is a short-term one, as these kids are landing jobs and getting ready to buy homes and have families in the years to come. These young people love music, movies, and media, but how many have actually ever experienced "The Pepsi Challenge" when it comes to comparing the same recording on, say, vinyl, MP3, compact disc, and high-resolution download? Not many, but could you show them? Could you arrange for a high school or college class to make a weekday road trip to the local AV store to get a technical explanation of the advantages and disadvantages of each technology? There aren't many brick-and-mortar stores that would refuse to participate in such an educational opportunity. Invite the local press to cover the event, and it can become an easy publicity opportunity for the dealer and high-performance audio as a whole at a regional level, thus creating even more potential converts to our religion/cause.

Idea No. 3: Embrace New Technology
Sadly, many well-established, organized religions turn off potential mainstream followers with old-school outlooks on topics like women in the church, contraception, gay marriage, and beyond. The specialty AV business isn't much better at making friends and influencing people, thanks to its greedy and divisive format wars, Draconian copy-protection systems, and beyond. You don't have to look far to find someone who's been burned by buying a Beta machine, a DVD-Audio player, or some other dead format. There is no question that the cutting edge of technology is sharp, but it's not something to fear.

It's easy to see why many enthusiast print magazines cling to their favorite AV technologies. Hell, their publishers rarely even embrace this new-fangled Internet thing. Case in point: years after digital projectors took over the market, one company was selling Sony G-90 nine-inch CRT projectors at CEDIA shows, despite their candle-like light output that made them fully outdated. During the SACD/DVD-Audio format war, one audiophile magazine quoted the owners of the three biggest audiophile stores in Manhattan as saying that their $20,000 compact disc players sounded better than the new 24-bit/96-kHz formats. Billions more bits of information and drastically higher sampling rates make for a more accurate, master-tape-like format, but it's not something that the audiophile culture is very good at selling, so they fought it ... and they were wrong to do so.

Ultra HD is coming to an HDTV near you, packed with four times the resolution of 1080p and hopefully seven-billion-plus more colors (in the upgrade from eight-bit color to 10-bit). That's an upgrade that 90-year-old grandmas can easily see and appreciate. OLED televisions are just starting to hit the market with plasma-beating black levels, lighter-weight form factors, and b
etter energy efficiency. With plasma technology unlikely to be able to reproduce Ultra HD and companies like Panasonic nearing the end of manufacturing such sets, are we ready to stop waxing poetic about 10-year- old, discontinued Pioneer KURO sets? Yes, they were killer in their day, but today's plasmas are better and tomorrow's OLEDs aim to be infinitely superior. Enthusiasts need to embrace the future in reasonable yet enthusiastic ways, while bringing this information to mainstream users as it becomes more and more value-oriented. God knows, Costco and Wal-Mart aren't up to the challenge here.

This is why the AV business needs you to be its missionary. The industry needs you to knock on doors like a grassroots political campaign worker. They need you to volunteer to drive people to vote on election day.

Now that we've breached every standard of polite conversation by mixing both political and religious overtones into an AV story, what say you? Should the market simply define the consumer demand? Will the specialty AV business survive that model? Do you think the next generation of young buyers is poised to become a new breed of audiophiles and videophiles? In what ways would you do outreach to new mainstream or potentially enthusiast fans of high-performance AV? Your comments (and hate mail) are encouraged below.

Additional Resources
• Read more original commentary like this in out Feature News Stories section.
• Explore more industry trade news from HomeTheaterReview.com.
• Learn more about what dealers need to do.

The Real Story at This Year's Rocky Mountain Audio Fest