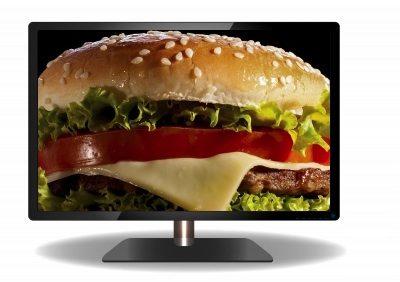 Feature News Stories
Published On: February 3, 2014
We May Earn From Some Purchases Via Affiliate Links

"Same time next week" is getting harder and harder to stick to, no matter how good the show. But with DVRs, DVDs, Blu-Rays and streaming content providers making anything we want available 24/7, thankfully (?) we don't have to. 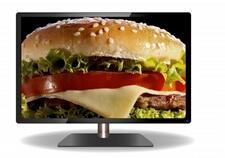 The audiophile hobby was started in an era, back in the late 1960s and early 1970s, when music was at its absolute best. Jimi, Janis, and Jim Morrison. Led Zeppelin, The Rolling Stones, and Pink Floyd. The British Invasion, Motown, Progressive Rock, and the beginnings of Heavy Metal all made for a musical renaissance that, when paired with stereo playback and high-performance audio components, allowed for the consumer to have a pretty special musical experience powered by both technology and content.

Today, music is in a sad, post-MTV state where twerking, auto-tune, and meaningless hip-hop dribble are what sell. Thankfully all is not lost, as television is having its own creative heyday. HBO really got the phenomenon started with iconic shows like The Sopranos and Entourage, as cable TV could present the viewer with a more uncensored, movie-like experience than network TV could deliver. The concept of the antihero gained a foothold on cable. In terms of talent, A-list actors (think: Robin Williams, Matthew McConaughey, Woody Harrelson, Kevin Bacon, Kevin Spacey, Don Cheadle) now look to television for more predictable work, as well as possibly lucrative syndication deals once a hit show reaches its 100th episode. The most creative writers enjoy the freedom that even basic cable channels like FX and AMC can deliver, compared with more restrictive (due to budget) theatrical and (due to Standards and Practices) broadcast network venues. They even choose to end their series when the muse has left them, instead of letting the suits "convince" them to go years beyond a show's expiration date.

From the consumer standpoint, there are more ways than ever before to watch television. You don't have to be early to the game on a hot, new show to enjoy each and every moment of the series. iTunes, Netflix, CinemaNow, Hulu, and countless other streaming and downloading options - paired with DVRs that now archive shows you may have missed - allow you to watch television shows in ways that just a few years ago were unthinkable. Tablets, laptops, and streaming devices, from Roku and Google to Apple, bring TV programs to every screen in your life. Access to content has never been easier.

With the quality of television programming at an all-time high and the consumer's ability to watch shows on nearly every platform, the etiquette surrounding how to talk about your favorite shows has changed. Unless you want your friends to hate you, you don't talk about last night's Sons of Anarchy episode without making sure those around the water cooler are caught up. I've seen a lot of ink lately about how Tweets and Facebook comments about a new movie, posted early on a Friday from the East Coast, can kill off a weekend box-office before kids on the West Coast get out of school. The same goes for television, as you can ruin a key surprise for someone who has the next episode poised on their iPad or DVR. Social networking allows people to share what they watch and how they like it with their entire group of friends, but the phrase "spoiler alert" has become more important than ever. The Howard Stern Show rule, developed by the show's cast who all watch and share enthusiasm for the same TV series, is that you don't talk about any show for two days. I might suggest that you offer a spoiler alert anytime you bring up a show to someone. A question like, "Do you watch Sons of Anarchy?" can either open an enthusiastic conversation or get you response like, "I am only on Season One" to stop you in your tracks. Nobody wants to ruin one of today's best shows for someone, and nobody has the time to get caught up on all of the best shows on TV today.

A new way to watch means new words to describe the the experience. Click to page 2 to learn about them . . .

New vocabulary words like "time shifting" and "bingeing" have come to television fans worldwide. Time shifting means that you watch your shows on your schedule, not the network's. Bingeing means exactly what you think it means - you binge on a TV show, watching an entire season in one night, for instance. In our new TV reality, you don't necessarily have to wait until next week to see what happens in the next episode. If you are on a plane from New York to San Francisco, you can binge on four or five episodes of a TV show and not even realize that you've changed three time zones. When a show is getting really good, you might find yourself sitting in bed with your tablet at 2:00 a.m. Monday morning, with work looming only hours ahead of you ... wondering if you should watch just one more episode of 24 or Homeland.

If you find yourself thinking that there isn't anything good on TV these days, you just aren't paying attention. Ask your friends what they're watching and why, and you might come up with a list of great shows that you've never heard of or considered. Load up your devices with the best of the best, and get ready to binge.