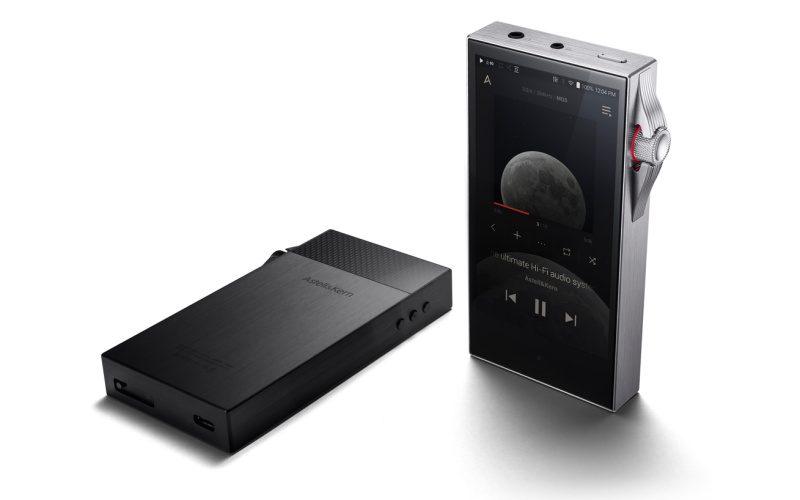 Astell&Kern practically invented the high-end portable music player market in 2012. I remember reading Steven Stone's review of the AK120 in 2013 with envy. Seven years later, Astell&Kern released their SA700 ($1,299), which pays tribute to the AK120 with its... 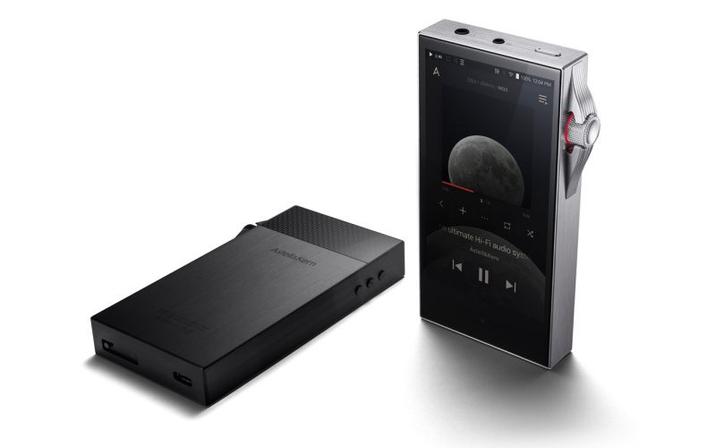 Astell&Kern practically invented the high-end portable music player market in 2012. I remember reading Steven Stone's review of the AK120 in 2013 with envy. Seven years later, Astell&Kern released their SA700 ($1,299), which pays tribute to the AK120 with its retro design. The most noticeable retro touch is the volume wheel protector on the right side of the unit. Above and below the wheel there are curved wings, said to be inspired by the design of a stringed instrument's bridge. The wheel is backlit by a LED that changes color depending on the bit-depth of the audio file being played, with DSD getting its own color, purple. The first thing I noticed when I held the SA700 in my hand was how solid it felt. There was no flex in the body; it seemed like it was carved out of a solid hunk of stainless steel. The SA700 is indeed made out of stainless steel, which is the main reason it weighs in at a hefty 10.68 ounces despite measuring a very reasonable 4.56 inches high by 2.32 inches wide and 0.64 inches deep. The left side has three small control buttons, the bottom has a USB connector and a small slide door modeled after early generation Astell&Kerns for the micro-SD card slot, and the top panel has a power button, as well as 2.5mm / 4.0 volt balanced and 3.5mm / 2.0 unbalanced headphone jacks which can do double duty as a line-level output. The front panel is dominated by a 4.1-inch touch display. My review sample was supplied in black, but the SA700 is also available in silver. Astell&Kern makes leather cases in green, red, and black. The back panels of the cases have a metal plate with a stylized Astell&Kern "A" cutout, which helps draw heat away from the SA700 and looks pretty spiffy. The black case with the black SA700 was subtle but classy.

Astell&Kern utilized dual AK4492ECB DACs from AKM for the SA700. The SA700 is the only player I am aware of to use dual AK4492ECB DACs and there has been some online discussions criticizing Astell&Kern for not using a newer chip. I understand the desire to have the "newest and best" parts, but implementation is, I think, far more important than the chip used. Just go listen to a few different DACs based upon the same chipset and you will see what a difference implementation can make. The SA700's implementation allows the DACs to maintain a 32-bit path and a sample rate of up to 384kHz, as well as DSD256. The SA700 is also MQA capable, which comes in handy when streaming Tidal MQA tracks.

The SA700 has 128GB of storage built in, and while that sounds like a lot, DSD and higher-resolution PCM files can eat that up quickly. Thankfully the single micro-SD slot can accommodate cards up to one Terabyte. My review unit came with several streaming services preloaded, including Tidal, Spotify, and Qobuz. Apps for other streaming services can be easily integrated due to Astell&Kern's Open App system, which support online and offline listening.

The SA700 has Wi-Fi (802.11 b/g/n, but no 5GHz) and Bluetooth version 4.2 including aptX HD. Once I connected the SA700 to my network, I used the AK Connect feature to stream music off of my DLNA-compatible server. The four-core processor seemed a little slow to boot up, but was fairly responsive except when I was going through my multi-Terabyte library on my server. I do not hold that entirely against the SA700, though, as there are other factors that could have contributed to the sluggishness. If you want to completely bypass the operating system, you can put the SA700 into DAC mode and connect it to the USB output of your computer. This worked without any hassle and provided the same sound quality as locally stored files. There is also a car mode that simplifies the controls, making them faster and easier to adjust while driving.

Before I describe the sound of the SA700 in detail, I want to first describe the experience. As the COVID-19 pandemic hit just after I received the SA700, I was not leaving the house as much as normal, but I did use it while I walked my dog around the neighborhood and around my house. Even though I had not used an Astell&Kern product before, basic playback of files stored on the internal memory (or micro-SD card) and streaming services were quite easy to figure out without referencing the manual.

Reading the manual helped with some more advanced features and eliminated the biggest annoyance I was having. Once I selected music to listen to, I would place the SA700 in my pocket and would always end up turning the volume knob. Once I went through the manual, I quickly found there was an option to lock the volume knob, which took care of that problem.

Astell&Kern cites a battery life of 8.5-hours, the closest I got was just under eight hours. This should be enough for most people so long as you can charge it daily. I grabbed my go-to headphones, including Ultimate Ears' Reference Remastered, Etymotic's ER4XRs, Audeze's LCD-XC, MrSpeakers' Aeon Flow (closed back), and the Sennheiser Momentum 3 (review forthcoming). I also briefly used the Astell&Kern T9ie (review forthcoming) to try the 2.5mm balanced output.

In an early listening session through the MrSpeakers Aeon Flows, I selected Tidal and one of the random suggest playlists of current popular songs.

Drake's "Toosie Slide" (44.1kHz/16-bit, MQA, UMG Recordings) was reproduced with full, solid bass; vocals were forward and intelligible, with no harshness from the highs. Not being too familiar with this track, I cannot opine too much about any intricacies or details that the SA700 may reproduce more (or less) faithfully than other portable media players, but it sounded great to my ears.

"Señorita" by Camila Cabello and Shawn Mendes (44.1 kHz/16-bit, Epic), came up next, and the vocals were warmer and more prominent than through my Questyle CMA800i desktop headphone system or my traditional stereo speaker system. Listening through the SA700, the strings were a little bit sweeter in sound. The soundstage was well defined, with each instrument solidly placed but in a slightly smaller overall space.

Throughout my listening, the SA700 provided a relaxed, natural presentation with an emphasis on the midrange. That said, the SA700 is not lacking in bass or high-frequencies, but there does seem to be a bump in the midrange, which seems to contribute to the warm presentation. The built-in EQ can tamp down the midrange if you prefer, but I did not find it objectionable.


The portable digital audio player market is a rapidly changing one. Some of the units that could be considered competitive with the Astell&Kern SA700 are the Questyle QP2R ($1,299) and Fiio M15 ($1,349), as well as some of the many Astell&Kern models depending on what features are important to you. The Questyle units have a similar, luxury build quality but a leaner sonic signature when compared to the SA700, this will be a personal preference matter.

We understand that the Fiio M15 converts PCM files to DSD for processing. This works well with the PS Audio DirectStream but we have not heard the Fiio implementation. The Fiio also touts better Bluetooth, higher-resolution capabilities, and longer battery life.


The SA700 is a versatile, well built, and easy-to-use unit with a sonic signature that is intoxicating. The sound reproduction was organic and warm, while providing much of the detail you would expect to hear in a high-resolution file. However, if you are looking for every last bit of control or nuanced detail from your higher-resolution audio files, this may not be the player for you. There are others, including those in the Astell&Kern lineup, that provide this.

Other than the occasional Wi-Fi glitch, using the SA-700 was simple and intuitive. The changing LED colors backlighting the volume wheel were useful, fun, and aesthetically pleasing. I did not think much of Bluetooth capability on a high-end player at first, but found myself using it while a passenger on longer drives. It allowed me to get better quality sound than my iPhone could provide while letting me take advantage of the noise cancelling in my Sennheiser Momentums. The SA700's versatility allows its quality playback to be utilized in more situations than you might expect from such a player.