The Astell&Kern portable hi-res players have received a lot of love from us and other audiophile publications. Now Astell&Kern brings that performance to a home audio server, the 500N. This 1TB server (expandable to 4TB) supports hi-res playback up to... 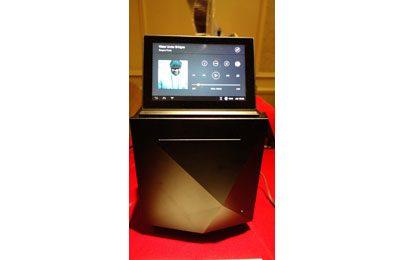 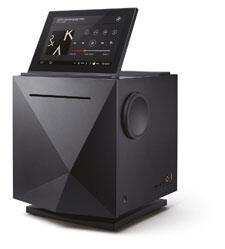 The Astell&Kern portable hi-res players have received a lot of love from us and other audiophile publications. Now Astell&Kern brings that performance to a home audio server, the 500N. This 1TB server (expandable to 4TB) supports hi-res playback up to double-rate DSD and uses dual Cirrus Logic CS4398 DAC chips. It sports a seven-inch 1280×800 LCD screen, a variety of inputs and outputs, built-in WiFi with DLNA support, and an internal battery pack. The 500N doesn’t come cheap, though–carrying an asking pric eof $12,000.

The Astell&Kern 500N features a 1TB SSD drive to store and play back your entire music library, supporting high-resolution audio files up to 24-bit/192-kHz, including single- and double-rate DSD files, Apple lossless and all other digital audio formats. A front-loading CD slot allows the user to rip their current CD collection to the 500N in a number of formats, including WAV or FLAC files. DLNA support allows streaming of music tracks from a Mac/PC or NAS device located on the same network. The 500N includes a 7″ 1280×800 resolution IPS LCD screen that allows the user to view and playback music located on the device or stream music over the internal network. The unit features three additional drive bays to expand storage up to 4 TB or placed in a RAID configuration for backup purposes.

The AK500N features a dedicated DSD chipset for DSD playback and converts PCM data to DSD through its proprietary audio engine. Users can enjoy single-rate and double-rate DSD playback without any down-sampling on the AK500N. The AK500N also upconverts high-resolution 32-bit/384- kHz WAV PCM and 24-bit/352-kHz FLAC PCM data to DSD data in real time.

Included with the 500N is an internal battery pack that helps regulate power flow to the unit, ensuring clean power and no distortion of sound.

Built-in 802.11 b/g/n wireless allows the 500N to be updated through over the air (OTA) software updates, provides users with the ability to play files via DLNA networking from a computer or NAS device on the network, and allows the user to purchase music directly from the 500N via online music stores.

A separate amplifier unit, the 500A, will be available as an add-on accessory later in 2015.

The 500N can be controlled remotely via a cell phone or tablet by downloading the iOS or Android app from the Apple Appstore or Google Play.

For a list of audio dealers that carry the Astell&Kern line, please visit http://www.iriverinc.com/support/wheretobuy.asp.