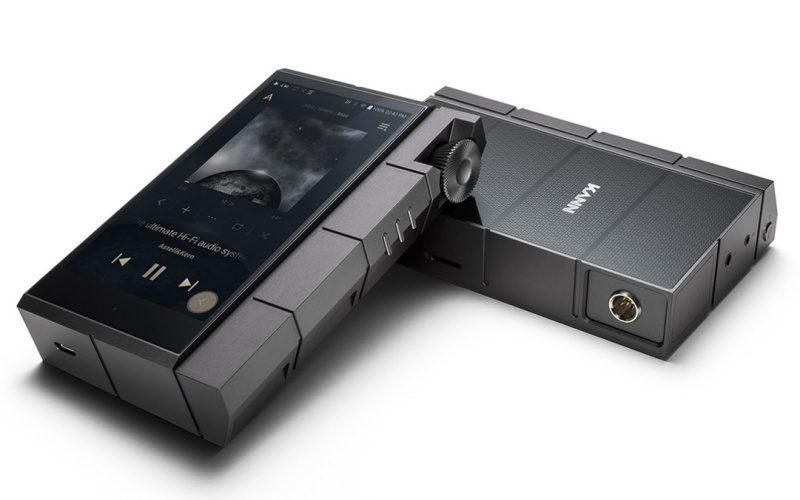 The Astell&Kern Kann Cube ($1,499 at Crutchfield and Amazon) arrived with the recently reviewed SA700. While both units have many similarities, including impeccable fit and finish, one difference was immediately noticeable: the Kann Cube's significantly larger size. At 3.45 inches... 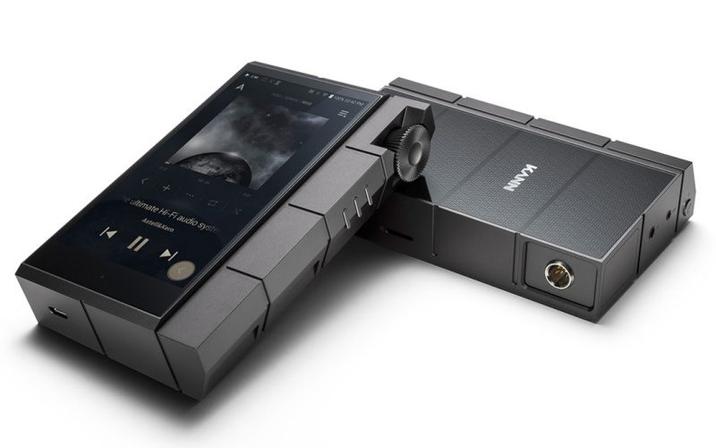 The Astell&Kern Kann Cube ($1,499 at Crutchfield and Amazon) arrived with the recently reviewed SA700. While both units have many similarities, including impeccable fit and finish, one difference was immediately noticeable: the Kann Cube's significantly larger size. At 3.45 inches wide, 5.51 inches high, and 1.24 inches deep the Kann Cube, while not quite actually a cube, is on the large side for a portable player. But the size allows for a huge five-inch touch screen and a 7,400 mAh battery, which provides up to nine hours of playing time. Despite having an aluminum body, the Kann Cube weighs in at 17.8 ounces, which is almost half a pound more than the stainless steel bodied SA700. Its industrial design is bold and muscular, with the screen dominating the front panel and horizontal lines that break up the sides and rear panel into four equally sized sections. The right is angled where it meets the rear panel, with bold indents, which makes the Kann Cube fit comfortably into your right hand (sorry, southpaws). The top portion has a nicely finished volume wheel with a turbine-style motif, and the next section down has three metal buttons for transport control. The left panel looks a bit plain by comparison, with only a micro-SD card slot and mini-XLR port, but this port will catch the attention of many audiophiles.

The bottom panel has a USB-C port and the top panel has a small power button and both balanced (2.5 mm) and unbalanced (3.5 mm) headphone jacks. The 3.5 mm headphone jack does double duty as an optical digital output. Astell&Kern offers option leather cases ($179) in black and olive green. I found that the latter made for a nice contrast with the "Wolf Gray" body of the player, while providing moderate protection. However, if you are prone to dropping your phone and portable media players, a sturdier case is recommended. Since Astell&Kern devices share much of the same functionality, a thorough exploration of the Kann Cube would result in a lot of redundancy with my review of the SA700. To avoid that, I'll refer you to that review and focus here mostly on the features that set the Kann Cube apart from its brethren.

The Kann Cube is the second player from Astell&Kern's Kann line and is touted as an audio powerhouse that combines enough power to drive the most difficult phones with enough finesse to maintain a low noise floor. The Cube can handle audio files up to 384kHz/32-bit and DSD256/11.2 MHz. The internal 128GB and Micro-SD card of up to 1TB can hold quite a few high-resolution files for the times you are not streaming or using AK Connect to an outside server.

D-to-A is handled by a pair of eight-channel ESS ES9038PRO DACs run in dual mono mode. ESS has made a name for itself in the audiophile world with its recent DAC offerings, which fall into two lines: "SABRE HIFI" and "SABRE PRO." When you see an ESS DAC in a portable player, it is typically one from the SABRE HIFI line. The Kann Cube is the first portable player to utilize a pair of SABRE PRO DACs, a configuration that provides high dynamic range with extremely low distortion, which can be even further improved by use of the XLR output.

If the purest sound path from the DACs outputs is desired, the line level XLR output provides that. Using this path, the XLR output can feed your preamplifier of choice. Most users will instead use the headphone outputs, for which the DAC outputs feed the volume control, which in turn goes to the balance or unbalance amplifiers, depending on which output is selected. The Kann Cube's amplifiers can be user-configured to three different output levels. While this increases the usual selection of power levels, what is more important is the amount of power that is available. The Kann Cube nearly doubles the amount of power from the original Kann with up to 12 Vrms balanced and 6 Vrms unbalanced.

In order to focus on the Kann Cube's sound quality, I used the same headphones as I did in the SA700 review. Most of my listening was with the MrSpeakers' Aeon Flow (closed back) headphones, but I also listened to the Ultimate Ear's Reference Remastered, Etymotic's ER4 XRs, Audeze LCD-XCs, and the Sennheiser Momentum 3. As before, I also briefly used the Astell&Kern T9ie (review forthcoming) to try the 2.5mm balanced output.

I started my listening with one of the same songs, starting with Drake's "Toosie Slide" (44.1/16, MQA). The deep and powerful bass on this track was reproduced with noticeably more solidity and power. While both of the Astell&Kern players did a good job with the bass on the MrSpeakers' headphones, the Audeze headphones easily depicted the difference between the two players' amplifiers. The SA700 provided good control of the Audeze headphones, but the Kann Cube gripped them with noticeably more control and detail.

The Kann Cube also reminded me that Tchaikovsky's 1812 Overture (44.1/16 FLAC) has a lot more to it than its infamous cannons. I particularly enjoy the trombone and tuba, which the Cube reproduced with nuanced realism that matched that of my reference desktop headphone system, the Questyle CMA800i. While I found the SA700 to have a smaller soundstage, the Cube's soundstage was expansive and precise. I could discern the positions of not only the trombone and tuba, but also the violins and other instruments with ease. Of course, I would be remiss not to discuss the cannons, which the Kann Cube reproduced with as much detail and dynamics as I have ever heard through the MrSpeakers or Audeze headphones.

Throughout my listening sessions, I found the Kann Cube to be balanced and dynamic while maintaining a well-formed soundstage. I listened to a variety of the audiophile show demo tracks from Rickie Lee Jones, Rebecca Pidgeon, Jeff Buckley, and Holly Cole. The Kann Cube was consistent in that it presented a great amount of detail that was easy to hear and never seemed to strain when faced with a dynamic peak. I listened to many of these tracks several times at various volumes and this remained consistent through my listening sessions.

Last but not least, I did a bit of listening through the 2.5 mm balanced output with the only balanced headphone I had available, the Astell&Kern T9iE. As with the SA700, I did notice that the balanced output had improved dynamics and control, but the difference was smaller here. I think that is because the Cube's unbalanced output is so capable. Where I noticed the biggest difference was in the increased detail and even lower noise floor. Hearing this, I regretted that I did not have more headphones with balanced cables that could take advantage of this.

I am not sure what to compare this unit to, as it sits somewhere in the unexplored territory between portable and desktop rigs. If the feature set of the Kann Cube appeals to you but you do not need the power, though, take a look at some of the other players in the Astell&Kern lineup.

Conclusion
The Astell&Kern Kann Cube is an excellent-sounding DAP that wears two hats with ease. On the one hand, the Cube has the feature set and power to make for a good home headphone playback system. While I found a slight uptick in the noise floor when plugged into the power supply, the ability to move from room to room or even to my backyard while working from home was extremely nice. I never felt like I was giving anything up by using the Cube rather than my desktop system. On the other hand, it can also go with you and provide excellent music playback on the go, so long as you don't mind carrying around a brick.

The Kann Cube never seemed to run out of headroom, but it was not brutish in its application. It seemed to always use enough juice to get the job done without stress or artificial dynamics. The music I listened to was well detailed without being harsh. The bass was tight and solid all the way up through the mid bass to the midrange area. I found the midrange and treble to be clean and detailed and to really benefit from the Kann Cube's speed, power, and control. Horns were dynamic, cymbals had that metallic ring without being harsh. In short, the Kann Cube gets so many of the small details right, which makes it that much easier to get lost in the music.

I know I said I was going to stick with discussing what made the Kann Cube different from the other Astell&Kern player we recently reviewed, but in case you were wondering, the Wi-Fi and Bluetooth performance were just fine. No great revelations, it did not magically make my wireless Sennheiser Momentum 3s sound like HD800s, but if you find yourself in a situation where wireless headphones are preferred, such as listening to music while doing chores, the Kann Cube will work just fine. However, to really benefit from all it has to offer, use the DAC and the amplifiers to listen to music on your favorite wired headphones. It's worth the effort.