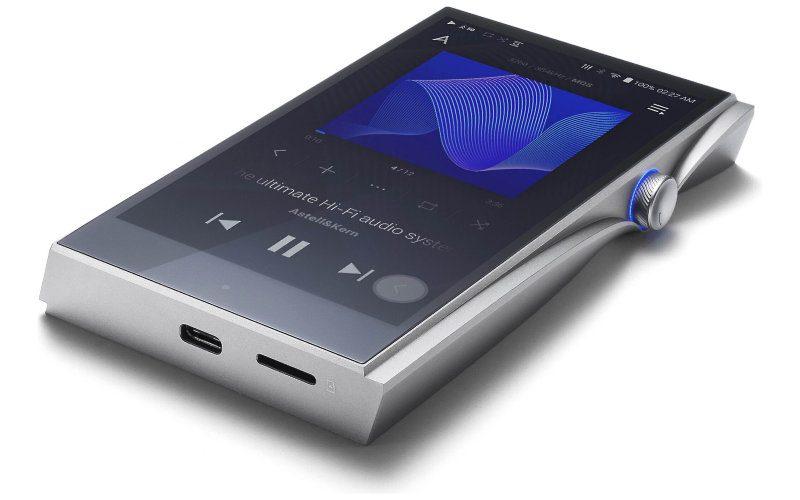 Consider Astell&Kern’s newest portable audio player as an advanced upgrade over the digital audio player of yore. The brand introduced its SE200–the second model in the A&futura line and the first digital audio player to integrate digital-to-analog converters from two different companies that can be used interchangeably to customize the listening experience. The player is Wi-Fi and Bluetooth capable, and users can download their preferred music streaming services directly to the device. The SE200 will be available July 20.

Here are all the SE200 details from Astell&Kern:

Astell&Kern, a global leader in portable high-resolution audio players and accessories, unveils the second model of the premium A&futura line, the SE200. Pre-orders for the new player are available now. The SE200 will be available for purchase on July 20, 2020 for $1,799.

The new SE200 is the world’s first digital audio player to be equipped with DACs from two different manufacturers, ESS and AKM, in one device. The SE200 was not designed with one AMP circuit, but separate AMP designs to optimize the different characteristics of the AKM and ESS DACs that are used in the player. The user can select one of the two DACs to customize the sound characteristics of the track you are listening to and easily switch sound output back and forth between the two DACs. The listener can also further customize the sound by choosing from a variety of DAC filters provided by the DAC manufacturer.

The design of the A&futura SE200 maintains a similar design identity to the previous generation SE100, combining bold curves with a trapezoidal shape. After experimenting with different materials for the rear of the SE200, Astell&Kern created a new ceramic rear cover, instead of the glass found on the previous generation A&futura SE100. The ceramic back material not only improves wireless network performance, but produces a more premium feel to the player. The aluminum body on the S200 provides maximum sound quality, while suppressing noise as much as possible. The use of laser ground extension technology gives you the best sound possible, without interference or distortion.

The SE200 supports native 32bit/384kHz and DSD256 playback and features LED lighting around the volume wheel which displays different colors of light, including red, green, blue, and purple to reflect music playback information including volume range, bit-rate of track currently playing and the current DAC that is being used for playback of music. With MQA support and a full decoder built in, the SE200 can unfold MQA encoded tracks all the way to the original resolution of the file. MQA playback is supported both via downloaded MQA audio files and through the Tidal app, allowing users to stream high resolution audio via Tidal Masters.

With the addition of an Octa-Core CPU, the A&futura SE200 not only boots faster, but is able to process digital audio playback without lag or compromise in sound. Astell&Kern’s advanced audio design, grounding and signal management technologies used in the SE200 provides more power output with less noise and minimal distortion.

Other features include a 5.0-inch HD touchscreen, 256GB of internal memory with support for microSD cards up to 1TB, Wi-Fi, DLNA networking, USB digital audio output, aptX HD, USB-C for data transfer and fast-charge support, and the ability to use the SE200 as a USB DAC for your Mac or Windows-based PC.

Astell&Kern’s latest user interface and support for Open App service is also included in the SE200, which adds Android APK support, allowing users to install additional music streaming services to their player by simply copying and installing the corresponding APK file for the music service they wish to add. Services supported include Apple Music, Amazon Music, Spotify, Tidal, SoundCloud, Qobuz, SiriusXM, Tune-In, myTuner, Bandcamp and Deezer (supported streaming services varies by country). Offline content for supported apps can be stored in either internal or external player memory so you can listen to your favorite music streaming service tracks on the go.