Steve Jobs has passed away and America has lost a great visionary. Join us as we remember the many accomplishments of Steven P. Jobs and think about how his vision can still help us in the future. 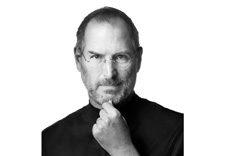 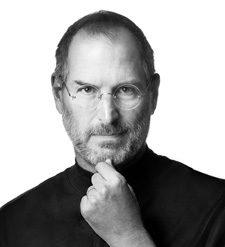 The legacy of Steven P. Jobs has been much discussed as his rise as a technological, corporate and entertainment industry icon seemed to come right out of a Hollywood movie – perhaps even a movie made by Disney where he ultimately became a board member and the largest shareholder. An adopted son who started a computer company in his garage before starting computer companies in your garage was cool, Jobs redefined what the personal computer was and how the world uses it. With all due respect to Microsoft’s market share dominance in the world of operating systems, Apple under Jobs set the bar for more than a generation, not just for the “cool factor” but for functionality, reliability and ease of use.

Jobs’ all-American life story has its conflicts and contradictions. As Apple Computer’s co-founder, he brought in John Scully to help him run his company better, only to be thrown out unceremoniously. Even upon his return to a badly damaged Apple Computer, Steven Jobs had his failures, foibles and flop products. Apple TV wasn’t a hit out of the box. Apple’s Motorola phone was no iPhone. In a world dominated by Apple’s iPad tablet, does anyone remember the Newton? Here’s a nominee for “strangest corporate bedfellows of all time” – at one point Jobs even got financial help from his biggest competitor from Washington State, a deal that paid off quite nicely for Microsoft. Things weren’t always perfect in Cupertino but that never seemed to bother Steven Jobs as he always seemed to be looking to the future, ignoring the easy trends and making products, software and services that make customers say “I need that.”

Even as a black t-shirt and blue jeans-wearing true embodiment of the American Dream, never has there been a time when this country needs a leader, voice and visionary more like Steven Jobs. Nobody will suggest that he wasn’t taken from us too early. For the coming generation, Steven Jobs was poised to be to future technology, entertainment and creativity what Warren Buffett today is to investing. Jobs is the exact answer to the one-sided “cut, cap and castrate” outlook that has captured the political news cycle. Steven Jobs could see problems with more resolutions than simple black and white. Steven Jobs always bucked the trends even when there were piles of easy money staring him in the face. Steven Jobs was always two or three steps down the chessboard when it came to technology, creativity and vision. Steven Jobs didn’t compromise very well yet that seemed to serve him very well over time. Steven Jobs always “thought differently.”

Steven Jobs lived one of the greatest lives in American history – a man whose vision touched each and everyone on the globe. His legacy teaches us about what can be done when you have the vision paired with the fortitude to take your shot. Not every project is going to be an iPhone or iTunes but Steven Jobs’ own “iLife” is one that should live on as an example of what can be done when you are true to your vision. Apple Computer will continue on beyond the passing of Steven Jobs but the world of technology, the cult of Mac and the world as a whole will deeply miss a man who changed the world for the better.