Atlantic Technology has introduced a new Dolby Atmos-enabled speaker module. The 44-DA ($499/pair) is designed especially to sit on top of Atlantic's THX-certified 4400 LR speaker, but it can be mated with other speakers or used on its own as... 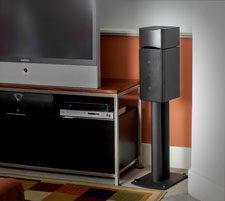 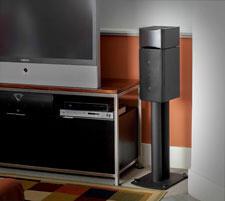 Atlantic Technology has introduced a new Dolby Atmos-enabled speaker module. The 44-DA ($499/pair) is designed especially to sit on top of Atlantic’s THX-certified 4400 LR speaker, but it can be mated with other speakers or used on its own as part of a complete Atmos setup.

Dolby Atmos is an object-based audio format that allows sound mixers to accurately define the specific location of an audio object in a three-dimensional listening space. This represents a significant departure from the confines and limitations of channel-based audio mixing and playback formats. To create the vertical sense of space and layer of sound above the listener that is essential for a lifelike, believable sonic event, the Dolby Atmos renderer in a Dolby Atmos-enabled AV receiver adapts the soundtrack to the individual speaker layout in a home theater system. With Dolby Atmos, sound comes alive from all directions, including overhead.

To fully realize the benefit and effect of this multi-dimensional sound technology in the home, and re-create the layer of sound above the listener, specially engineered speakers with extremely precise frequency response and directional sound-radiation characteristics are needed. Atlantic Technology chose to develop an attractive, compact Dolby Atmos-enabled “module” that could be added to its own existing systems or, for that matter, to ANY existing home theater.

The new Atlantic Technology 44-DA Dolby Atmos-enabled loudspeaker module utilizes a 5 ¼” woofer and 1″ silk dome tweeter in a concentric driver array (CDA), firing from the top of the speaker enclosure at a precisely determined angle, to achieve the optimum effect. Particular attention has been paid to delivering a “controlled acoustic scatter” in an effort to dramatically broaden the sweet spot of the sound reflected by the ceiling, allowing for greater placement flexibility within the listening room.

Measuring just 5 ½ x 8 3/8 x 9 ½” HWD, the Atlantic 44-DA compact speaker module is designed to fit perfectly on top of Atlantic’s THX-certified 4400 LR speakers, creating an integrated, “one-piece” look that delivers the stunning realism of Dolby Atmos soundtracks with clarity and precision. In addition, because of their compact design and power-handling ability, the 44-DAs are well-suited to being used on top of other speakers or, equally important, as “stand-alone” elevation speakers as part of a complete Dolby Atmos system.

The Atlantic Technology 44-DA loudspeaker will be available in the 4th quarter of 2014 at Atlantic dealers nationwide, at an MSRP of $499/pair.