Audio Hardware Sales Are Up, Thanks to Wireless Speakers and Headphones

Audio Hardware Sales Are Up, Thanks to Wireless Speakers and Headphones

Futuresource Consulting's most recent tracking report on audio hardware sales highlights some interesting trends in the market, both positive and negative. Overall, audio hardware sales were up 28 percent in the fourth quarter, compared with the same period last year.... 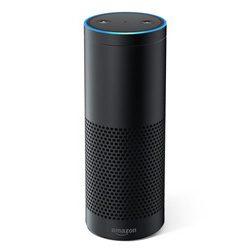 Futuresource Consulting's most recent tracking report on audio hardware sales highlights some interesting trends in the market, both positive and negative. Overall, audio hardware sales were up 28 percent in the fourth quarter, compared with the same period last year. The "home audio" category grew 33 percent, and the headphones category grew 24 percent. Dig deeper into that home audio category, though, and you'll see that the growth was driven primarily by wireless voice-control speakers like the Amazon Echo and Dot. Traditional categories like loudspeakers, separates, and soundbars all saw a decline in sales. In the headphone category, Appe's decision to do away with its headphone jack has led to a big increase in the sale of wireless headphones.

"This resounding Q4 performance underscores a record breaking year for audio hardware sales, clearly demonstrating how recent advances in the market are really connecting with consumers," says Rasika D'Souza, a Senior Market Analyst at Futuresource. "Our quarterly figures show that home audio and headphones are both pushing the market forward, growing by 33 percent and 24 percent, respectively, and our forecasts show continued growth throughout 2017."

Smartphone uptake and the popularity of music streaming services continue to drive market growth, but this is being boosted by Amazon's Echo and Dot launching into more countries, the US launch of Google Home and widespread consumer adoption of wireless headphones.

"Our Q4 figures show that Echo and Dot sales are surging forward, accounting for around 30 percent of wireless speaker sales in the US and seizing 34 percent of the category's sales in the UK," says Zlata Jelisejeva, Research Analyst at Futuresource. "Additionally, Apple's decision to remove the 3.5mm headphone jack accelerated wireless headphone sales and boosted the wider market, with wireless representing 49 percent of US headphone sales in Q4."

The Futuresource audio tracking service also maps out vendor share. In the wireless speaker category, Amazon moved up from fifth position during Q1-Q3 2016 to become the number two brand in Q4 2016 for units shipped worldwide. The wireless speaker segment remains highly concentrated, with a few top audio brands accounting for nearly half of all unit sales.

Despite strong overall performance from the sector, many sub-categories are beginning to shrink or slow down rapidly, placing some vendors in a precarious position. Hi-fi systems, loudspeakers, separates and soundbars are all among the losers in 2016, although audio growth elsewhere is eclipsing this downturn.

"As the world of audio revolves and consumers make their increasingly discerning choices, new technologies, software, content and fashion trends all play their part in the performance," says D'Souza. "The world is changing. Ten years ago the audio market was dominated by vendors from Japan and Philips, whereas now we see the likes of Bose, Beats (Apple), Harman and Sonos as well as Sony jostling for position among the leading 5. Watch out for key developments in Voice Personal Assistant (VPA) speakers and wireless (and true wireless) headphones as the market surges forward; the winners will be the brands that continue to delight and deliver."