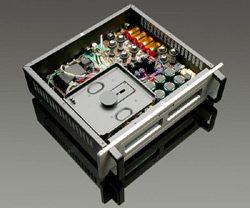 When Audio Research labels a product "reference," they mean it. The CD7 represents AR's latest thinking on what makes the ultimate CD player. Refinements in both the digital and analog signal chain makes the CD7 truly worthy of being called a reference CD player 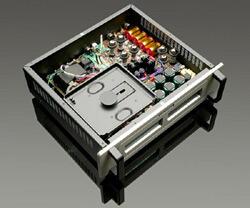 A product of outstanding performance is often labeled as "reference," meaning that it is used as a measuring stick for other products.  Unfortunately, however, the term "reference" has been abused so much that few people take it seriously any more.  It's no surprise to me that, in fact, most new products are labeled by their manufacturer as the "new reference," even though the previous iteration released a year ago was also "reference."  What is a consumer to believe?

The Ref CD7 is best introduced by what it doesn't do, compared to those things that most other modern CD players do.  For example, it doesn't play SACDs, or DVD-Audio discs, or even upsample.  It doesn't need to, however.  It plays good old fashioned two-channel Redbook discs so well that it will make you forget all those other things even exist.  What Audio Research has created is simply a fantastic disc player for true two-channel enthusiasts.

The $8,995 Reference CD7 is a top-loading player that contains seven 6H30 vacuum tubes, four triodes for the audio gain and three for power supply regulation.  It utilizes the proven Philips Pro2 laser mechanism and the Crystal 24-bit DAC.  It offers single-ended and XLR analog outputs, as well as BNC coax and AES/EBU balanced digital outputs.  It is available in either natural brushed silver or classic black.  The face shares many styling cues with the rest of the Reference family, namely a large green display that is easy to read from across the room.

Read about the high points and low points of the CD7 on Page 2.

The results are nothing short of magical.  The Reference CD7 has the
uncanny ability to extract every nuance of detail from a disc and never
sound harsh while doing so. It draws the listener deeper into the music
and holds one's attention longer than any other player I've ever
heard.  The only word that I can use to describe the Reference CD7 is
the word "natural."  Never do you think you are listening to a digital
recording, a quality all CD players should have, but only a few
actually achieve.  This is one that does.

High Points
• The Reference CD7 is an amazing performer that will not disappoint if you want nothing to come between you and your music.
•
Audio Research has a reputation for building extremely reliable
products and this is no different.  Workmanship is extraordinary and
it's completely obvious that they take pride in every piece of
equipment they produce.
• I love the look of the Audio Research
equipment, especially the Reference products.  This looks classic yet
modern at the same time.

Low Points
• I would like to see a digital input to allow me to use that wonderful DAC for my other digital devices.
• The fact that it is a top-loading player may make placement difficult if you have a rack.
•
If you have a large library of discs other than Redbook, you will have
a large portion of that deemed unusable, or you will need another
player for them.

Conclusion
I am totally smitten with
the Reference CD7.  It simply makes beautiful music.  Yes, I have a
large number of SACDs that I would miss if the CD7 were my only player,
but given the choice, I would happily repurchase them again in Redbook
form to play on the CD7.

You'll automatically be entered in the HTR Sweepstakes, and get the hottest audio deals directly in your inbox.
0 0 votes
Article Rating
Subscribe
Connect withD
Login
Connect withD
0 Comments
Inline Feedbacks
View all comments
Author
Jim Swantko
HomeTheaterReview Product Rating
Value:
Performance:
Overall Rating:
When you buy through links on our site, we may earn an affiliate commission. Your support is greatly appreciated!
This is the static ad content. This is just a placeholder for now to get things styled.
Visit Website