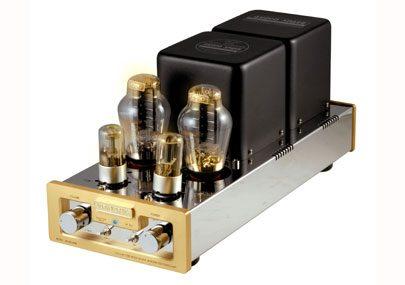 Readers asked Terry London about trying a 300B-based amp in their systems, but not an integrated amp. Terry now has an answer with his review of the Audio Space AS-6M (300B) mono block amplifier. 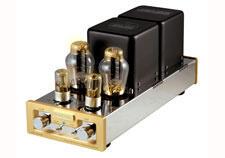 In the weeks following my review of the superlative-sounding Melody AN 300B integrated amplifier, I received numerous inquiries from readers who had the type of high-sensitivity and stable nominal-ohms-rating speakers that synergize with a push/pull 300B amp. Since they already owned a line stage, they were looking for what I could recommend in either a single-chassis amp or pair of mono-block 300B amps. I started to research companies that manufacture well-regarded 300B-based amplifiers based on build quality, sonic performance and a price around $4,000. This led me to a Hong Kong-based company called Audio Space Acoustic Laboratory Ltd., which has been in existence for over 20 years. I contacted Thomas Poon of GINI Systems, which is the U.S. importer for Audio Space, to discuss which 300B amp I could review. With a price of $3,490, the AS-6M (300B) push/pull mono-block amplifier became the best candidate for this review. This amp has a special feature: each mono block has a volume control, allowing for a line stage to be added later for even higher performance.

Additional Resources
• Read more amplifier reviews from the writers of HomeTheaterReview.com.
• Find a pair of Bookshelf Speakers or Floorstanding Speakers for the AS-6M to drive.
• See preamp pairing options in our Preamplifier Review section.

The AS-6M mono block has a handsome appearance, being a silver chrome chassis with black-lacquered transformer and tube cages. Each AS-6M weighs 34 pounds. The dimensions of each chassis are 7.5 inches high, seven inches wide, and 18.5 inches deep. On the top of the chassis, toward the back, sit the hand-wound power supply and output transformers. A pair of 300B tubes sits adjacent to the transformers, and at the very front are the driver tubes, one 6SN7 and 6SL7. Located behind the AS-6M mono blocks is the IEC power inlet. Next to the IEC inlet is either a pair of single-ended inputs for driving the mono block direct from your line stage or two pairs of single-ended inputs for your source components, if you use the AS-6Ms as a pair of integrated amps. Each AS-6M produces 21 Triode Class-A watts and provides two sets of very high-quality four-ohm or eight-ohm speaker posts.

Located on the front panel are two chrome knobs and two toggle switches. One of the knobs is the on/off switch; the other knob is the volume control, if you use the amp as an integrated amp. The first toggle switch gives you the option of driving the amp directly by a line stage or using it as an integrated amp. The second toggle switch controls the amount of negative feedback from zero to three decibels. Regardless of what line stage or speakers I used to review the AS-6M mono blocks, I always preferred the negative zero feedback setting. I found that adding the three dB of negative feedback dried out the wonderful timbres that these mono blocks have to offer, along with shortening the depth of the soundstage.

Joao Paulo's Almas (M-A Recording, Saint George British Anglican Church, Lisbon, Portugal) can demonstrate an amplifier's ability to produce a large acoustic space with natural decays. The music is played on a Steinway concert grand piano, along with soprano sax and acoustic bass. When I played the song "Aldeira," the AS-6M mono blocks created a deep and wide soundstage, giving me the illusion that I was sitting in Saint George in Portugal listening to this beautiful acoustic jazz. The level of transparency/clarity was very high, which allowed all the echoes bouncing from the church walls to be clearly heard.

My next selection was "In a Sentimental Mood" from guitar player Warren Battiste's album Quiet Storm in New Orleans (Progressive). I chose this to see how the AS-6M amps would handle tone and timbres. The strength of a reference-level 300B-based amp is its grainless rendering of the timbres of different instruments. If the 300B amp is producing its magic, it should be easy to hear the tonal differences between a Gibson and Fender electric guitar, regardless of how the individual player tunes it. During "In a Sentimental Mood," the hollow-bodied Gibson just floated into my listening room with beautiful and realistic timbres, along with precise imaging and density. Another aspect of this selection is that the top end is extremely well-recorded, with great extension and tons of air surrounding the drummer's cymbals. The AS-6M mono blocks were able to deliver all this information in a natural way.

To test whether the AS-6M mono blocks could deliver overall macro-dynamics and low-end extension, I chose "Inside-Out" from bass player Damian Erskine's album To Speak (De-2 Records), which contains very dynamic bass and electric piano. Regardless of whether I used the Lawrence Audio Mandolins, Vapor Audio Stiff Breezes, or Birch Acoustics Ravens, the AS-6M mono blocks delivered the pop/dynamics and kick of Damian Erskine's album with no attenuation of the lower frequencies.

Read about the high points and low points of the AS-6M mono blocks on Page 2.

Competition and Comparison
At the price point of around $4,000, two of the AS-6M's major tube-based competitors with which I have direct listening experience are the Balanced Audio Technology VK-55 (valued at $4,595) and the Conrad-Johnson Classic 60 SE (valued at $5,000). Both amps offer more watts and current, so they can drive lower-sensitivity speakers much more effectively than can the AS-6M mono blocks. Of these two amps, I found the Conrad-Johnson 60 SE to be a more musical and enjoyable performer. With speakers that had a high sensitivity and nominal impedance of four ohms, I still found the AS-6M mono blocks to offer a grainless and purer tonality than either of the other amps. The soundstage and image density was also on a higher level, which is probably attributable to the AS-6Ms using the 300B power tube instead of either KT-88s or KT-120s power tubes that you find in the other two amps. For more information, please visit HomeTheaterReview.com's amplifier section.

Conclusion
As I stated at the beginning of this review, I had many inquiries from readers who were very curious about trying a 300B-based amp in their systems, but did not want an integrated amp because they already had line-stage-based systems. Audio Space's 300B mono blocks not only have superior build quality, but also other great virtues, including tonal purity and color, grainless liquidity that allows you to relax into the music, and an image density that is quite different from any other tube-based or solid-state amplifier - which is exactly what great 300B amps have to offer. The level of transparency/clarity of these mono blocks was so high that whatever line stage was used could easily be heard through my system.

If you are one of my readers who wanted a recommendation of a 300B-based amp to match up with your line stage and high-sensitivity speakers, I highly recommend that you put the AS-6M (300B) push/pull amp on your audition list.

You'll automatically be entered in the HTR Sweepstakes, and get the hottest audio deals directly in your inbox.
Subscribe
Connect withD
Login
Connect withD
0 Comments
Inline Feedbacks
View all comments
Author
Terry London
HomeTheaterReview Product Rating
Value:
Performance:
Overall Rating:
When you buy through links on our site, we may earn an affiliate commission. Your support is greatly appreciated!
This is the static ad content. This is just a placeholder for now to get things styled.
Visit Website