Terry London reviews the Reference-2S vacuum-tube preamp from Audio Space, which is based on the company's top-of-the-line Reference-2 that's built around a 300B tube. 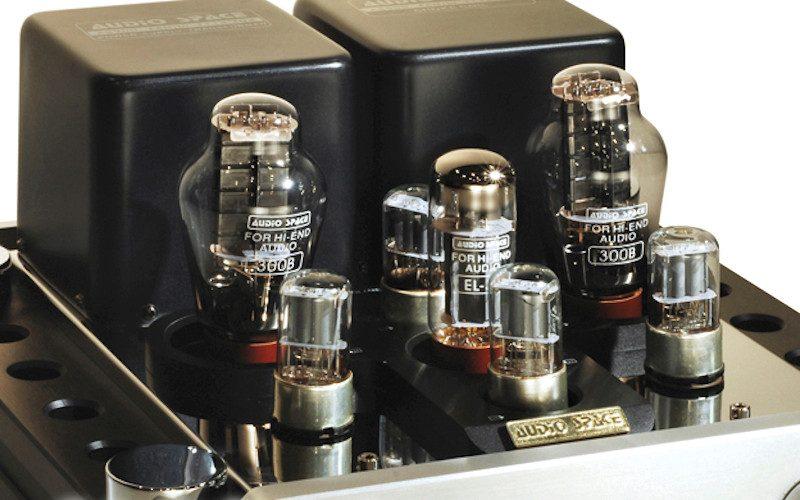 About two and a half years ago, I reviewed Audio Space’s Mono-Block PP 300B tube amplifiers and found them to be superlative sounding. The founder/chief designer of Audio Space is Peter Lau, who was recently voted by top audiophile reviewers in Japan as one of the 10 most influential tube designers in Asia. Mr. Lau had won many Best of the Year awards and accolades in U.S. print magazines for his ultimate reference preamplifier, the Reference-2, which retails for $10,000 and is one of the very few 300B-based line-stages in the world. I was informed by Thomas Poon of Gini Systems (Audio Space’s U.S. distributer) that a new model called the Reference-2S, retailing for $4,299, had come on the market and was very close in its performance to the top-of-the-line Reference-2, but for half the price. The major differences were that the new Reference-2S does not have an internal phono stage and is a single-ended design.

The 300B vacuum tube offers two great sonic virtues when it reproduces music. First, it’s one of the finest devices, either tube or solid state, at catching the tones and timbres of vocals/instruments with rich, natural colors without sounding euphonic. Second, it re-creates great individual images with density/palpability, along with air around each player in the soundstage. However, it is almost always used as a power tube because if it is used as a signal tube in a linestage, it can suffer from microphonics, which means that the 300B tube can vibrate and produce audible distortion. Audio Space has gone to great lengths to reduce the possibility of this happening in the Reference-2S. The company has developed a proprietary floating-tube socket strategy that uses the technology and patented rubber material used in Japan for seismic shock control during earthquake conditions.

Furthermore, the Reference-2S weighs 45 pounds and incorporates massive black anodized heavy-gage aluminum sides that have built-in spiked feet, along with padded aluminum disc bases to totally insulate it from either ground or airborne vibrations. No matter what sound pressure levels the music played or in what system I auditioned the Reference-2S, I never experienced difficulties with any microphonics or distortions at all.

Along with its striking appearance, the Reference-2S has a silver half-inch face plate with a large power switch on its left; in the middle, five LEDs that indicate which input is engaged, along with a button for input selection and an LED that shows what level of negative feedback has been selected; and, on the right, a volume control knob. Located on the back plate are the IEC, four RCA inputs, a record-output RCA, and two RCA main outputs. Located behind the stainless steel polished top plate are the massive power-supply transformer and choke coil. In front of these devices is where the 300B, EL-34 rectifier, and two pairs of 6SL7 tubes are situated. With the Reference-2S measuring at 8.5 inches high by 14 inches wide by 14 inches deep, its tube cage is black and constructed out of thick aluminum and supplied with a well-built metal remote control that controls all functions.

The Reference-2S is truly a tube roller’s delight. You can use another great-sounding tube, the 2A3, instead of the 300B by flipping a switch located between the 300B tube sockets. The EL-34 rectifier tube can be changed to a KT66, 6L6GC, 5881, El-77, 6550, or KT90, with each giving a slightly different sound to customize your personal taste or match with your other components. Additionally, it has two unique features that affect the overall sound of your system: you can choose between zero or three dB of negative feedback, and between the 300B Anode direct and 6SL7 Cathode follower outputs. I found that, with my music selections, I clearly preferred the 2S without any negative feedback and the 300B Anode direct output. If I used either the three-dB setting for negative feedback or the 6SL7 follower output, it somewhat dried out the timbres/tonality of the music and slightly flattened out the soundstage.

My first music selection was Ray Charles’ album Ray Sings/Basie Swings (Concord). The magic of what 300B tubes can do became apparent in how natural and three-dimensional Ray’s voice was. It was very easy to visualize him sitting in front of his piano, along with the rest of his big-band members. The Reference-2S’s noise floor was very low, so the little details and nuances of his voice were clear and floated into the room, producing life-sized images and a realistic, layered soundstage in height and depth.

One of the most famous jazz recordings is pianist/composer Horace Silver’s Song for My Father (Blue Note Records) for both its iconic compositions, vibrant playing by all the band members, and Rudy Van Gelder’s quality recording. Across all frequencies, the Reference-2S created a beautiful rendering of this acoustic jazz music, producing highly vivid, rich, brassy tones of the tenor saxophone and the trumpet. The sweetness, extension, and textured sounds of drummer Roger Humphries’ cymbals and the beautiful decay trails on all the cuts on the album really caught my attention.

My last selection was Jimi Hendrix’s The Essential Jimi Hendrix/Volume One and Two (Reprise), to test how well the 2S would handle electric/rock music regarding micro-dynamics, the sizzle of Hendrix’s guitar, and low-frequency bass extension. No matter how loud I played Hendrix’s music (and his music should be played at very loud, realistic volume levels to really get the experience), the 2S produced all the dynamics and power of this legendary trio. The drums and bass had excellent definition and impact, setting a taut foundation for Hendrix’s explosive riffs and string bending on the guitar. 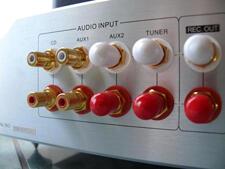 High Points:
• The Reference-2S offers an innovative design approach and high-quality construction.
• It produces music with realistic and natural tonality/timbres from the highest to the lowest frequencies.
• The 2S offers tremendous flexibility through the use of many different tubes, the amount of negative feedback, and the type of output circuit. So, you can tailor its sound to your personal taste and the best system synergy, or you can just having fun trying a variety of combinations with several music genres in your collection.
• If you want to put some of the sonic qualities of a 300B tube (gorgeous color/tonality and three-dimensional imaging) in your system but do not want to use a tube-based amplifier, the 2S linestage can add these sonic attributes to your system.

Low Points:
• The Reference-2S is a large tube-based preamplifier that cannot be placed inside an enclosure and needs space around it to ventilate properly.
• It does not offer a home theater bypass option.
• Like all tube-based gear, it will have to be retubed in the future. However, even the very good EL-34 and 6SNL7 NOS tubes that mainly voice the 2S are relatively inexpensive.

Comparison and Competition
Two tube-based preamplifiers that would be the natural competitors to the Reference-2S, based on price or performance, are the Conrad-Johnson ET3 SE retailing for $4,500 and the Convergent Audio SL1 Renaissance retailing for $7,995. However, the Conrad-Johnson ET3 SE lacks the beautiful colors/tonality and three-dimensionality of the 2S and sounds somewhat rolled off and dry. On the other hand, the Convergent Audio SL1 Renaissance matches the transparency/clarity of the 2S, so it is quite good at rendering micro-details. The SL1 also is very good at producing the overall dynamics of the music. However, it does fall quite short when it comes to the colors/tonality of instruments; it comes across somewhat “cold” and edgy when comparing it to the 2S with many musical genres.

Conclusion
The Audio Space Reference-2S preamplifier is an extremely well-built and innovatively designed linestage. When I paired it with power amplifiers like the First Watt SIT 2, Pass Labs XA-60.8 Mono-Blocks, Pass Labs X-250.8, and Magnus 500, the amps were driven to a high performance level with excellent dynamics, first-rate micro-details, realistic soundstaging, and the type of first-rate tonality/timbres with beautiful colors and three-dimensional imaging that a 300B tube can provide in the overall sonic perspective of a system. All my comments in the review were based on using the stock tubes provided by Audio Space. When I put in my own NOS tubes, the performance of the 2S went to an even higher level on every sonic parameter and provided even more musical enjoyment.

If you’ve always wanted to experiment with what tubes can do for your system, and yet keep your solid-state amplifier, the 2S would be a great place to start. With the variety of tubes that can be used, the output options into your power amplifier, and the ability to change the negative feedback levels, you will be enthralled by the modifications to adjust the overall sonic perspective according to your preference, personal taste, and enjoyment.