Your Quest for a Better HDMI Cable Ends Here

Your Quest for a Better HDMI Cable Ends Here 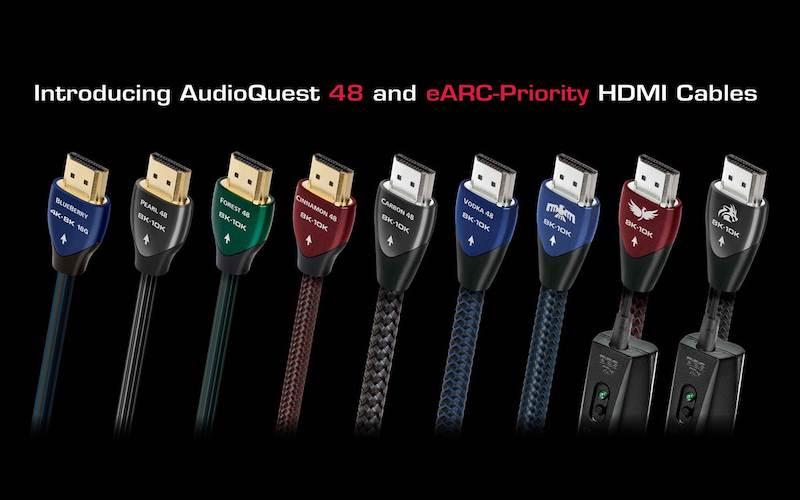 AudioQuest's new 48 and eARC-Priority Series HDMI cables don't aim to be your run-of-the-mill HDMI cables. Capable of delivering up to 48Gbps bandwidth, the new cables are available in a variety of lengths and the latter in particular are designed to maximize Audio Return Channel performance in soundbars and other ARC components. AudioQuest has also simplified its cable packaging with new icons and easily-understood explanations of the various models.

Here's some more info from AudioQuest:

While 8K and other compelling video/gaming features make the HDMI headlines, AudioQuest's 48 and eARC-Priority Series HDMI cables are our best-sounding HDMI cables yet.

The precision and tighter manufacturing tolerances required to deliver HDMI cables that transfer up to 48Gbps bandwidth allow many of AudioQuest's tried-and-true ingredients and techniques to matter every bit as much as before.

And, of course, judiciously applied and newly learned techniques and materials are introduced.

AudioQuest has also turbo-charged all of its HDMI packaging with easy-to-read icons and explanations of the design and material elements that define each cable and its place in the line. Comparing, contrasting and selecting the right cable is easier than ever before.