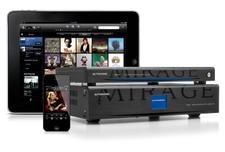 Autonomic has announced the addition of new features to its lineup of Mirage music server/players, the MMS-2A and MMS-5A that we previously reviewed. These new features include Sirius/XM streaming at 256 kbps, the addition of the Deezer streaming service (which is available internationally and coming soon to the U.S.), and a new Snapshot feature to create enhanced playlists.

From Autonomic
Autonomic has announced the availability of an enhanced feature set for their MMS-2A and MMS-5A music players, including compatibility with web-based music service Deezer, an amazing new Snapshot feature, along with enhanced playlist management and new Mirage Media synchronization software for Windows.

The Mirage Music Players now deliver Sirius/XM at 256 Kbps, giving users more clarity and detail from their entertainment programming. The Mirage Music Players are engineered to deliver the highest possible fidelity from all sources, and this latest update for Sirius/XM users sounds superb. The rapid adoption of Sirius/XM at 256 Kbps is another example of Autonomic's ongoing commitment to deliver the highest quality playback capability to our customers.

Deezer helps broaden the Mirage Music Player's appeal internationally, with the service now available in over 180 countries worldwide. The service also offers a sizable music library of roughly 30 million licensed tracks from many major and independent record labels, as well as connectivity to over 30,000 radio channels. Availability to U.S. consumers is coming soon.

Autonomic's new Snapshot feature enables users to create the ultimate music mix by capturing a Snapshot of their musical experience as it is happening and recall it at any time from their favorites menu. The mix can include a blend of locally stored digital music and streaming content, all elegantly sewn together in a customized queue by Autonomic's TuneBridge technology. Management of playlists has been enhanced as well, with fingertip control of advanced editing capabilities enabling users to swiftly delete, rename, reorder, add or edit content within their favorite playlists.

Designed to enhance efficiency for integrators, the new Mirage Media synchronization software for Windows mirrors the ergonomic advantages of the latest version designed for the Mac environment. The new software is faster and offers numerous configurability options. Additionally, integrators will benefit from an enhanced configuration page, which now allows them to assign, monitor and access servers in the field, monitor NAS drive scans, and gain real-time management capability via the Autonomic Dealer Zone Device Manager.