Why Do AV Enthusiasts Tend to Fight Technological Change?

Why Do AV Enthusiasts Tend to Fight Technological Change?

When Blu-ray came around, the commentariat clung to their DVDs. When streaming finally got good, the die-hards rejected it even harder. Why is it that some enthusiasts cling so hard to the past? 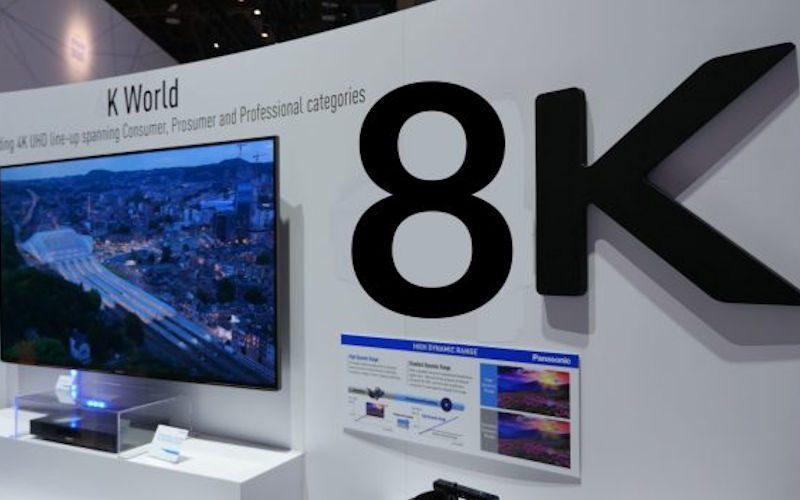 Way back in the day, right around the time that we added user comments to my previous publication, I remember being dumbfounded by a small number of readers fighting this new-fangled AV technology called Blu-ray. This exciting, new silver disc format delivered vastly better video performance than any video format before it, not to mention upgraded surround sound modes with lossless compressed sound at a time when lossy compression still left a lot to be desired. What caught me off-guard was the comments from some die-hard home theater fans that Blu-ray was somehow "not worth it," and that DVD-Video was "good enough." I remember trying to understand these readers' position but I just couldn't. None of our writers or editors could. Yes, it is expensive to have to buy new hardware as well as perhaps some of the same movies over again, but for the money you got a vastly upgraded audio and video experience, and isn't that the whole point of our hobby?

The "DVD is good enough" argument is far from the only time in recent years that we've seen the AV industry, specifically enthusiasts, go retro. Don't get me started on vinyl. There are print journalists who will go to their graves thinking and pontificating that vinyl sounds better than modern digital audio, having likely never heard master analog (or digital) tape, and that is sad. But there are also fully certifiable audio kooks on the digital side of the equation too. How about the NOS DAC fans? Have you heard about them? They call NOS "new old stock" DAC chips but what they really are is non-oversampling DAC chips that when you put a tube in the signal chain "rounds out" some of that digital horror show from the early days of the Compact Disc era. These people actually want to bring back this dark era as a high-end, audiophile solution in 2019? Really?

I've met other people who literally refuse to listen to music in HD and claim a traditional "Red Book" Compact Disc is the pinnacle of audio performance. When presented with cogent, scientific arguments to the contrary from multiple Grammy winning engineers, former Audio Engineering Society Presidents who helped launch the SACD, Blu-ray HD pioneers, and one of the most trusted, perhaps the most trusted name in digital audio, their comeback to the evidence is to respond with academic silence. High-end audio/video brings out that "true believer" in some of us, and to hell with the facts when they get in the way of emotions. As the specialty AV industry continues to improve and introduce new formats, it is easy to see that we will reach the point of diminishing returns, if we're not there already. The upgrade of 4K video from 1080p was, on paper, huge but in practice it isn't anywhere near as massive as the upgrade from 480i to 1080p. Not even close. The real upgrade of the 4K era was high dynamic range, not resolution. Now we have 8K video, and that's fantastic except for the fact that nobody other than still photographers and one over-the-air channel in Japan create content in 8K. Here's a dirty secret that you might not know: most theatrical movies are finished in 2K resolution--even the ones released to home video in 4K. Crazy, huh?

8K has some advantages over 4K, especially in terms of video scaling, but it isn't that run-out-and-be-the-first-to-upgrade type of product like the Compact Disc, DVD-Video, or flat TVs were in the past. But should we enthusiasts poo-poo 8K? Nope, not at all. In fact, as one video industry expert and now PR executive for one of the big four video companies recently told me, "it is getting hard to find a panel made overseas that isn't 8K right now" when speaking about the next generation of display technology. 8K has its benefits, and it needs to be looked at carefully and judged on its merits, even if it doesn't warrant a "I must buy a new TV now" response.

Perhaps we should set our expectations for the future of AV technology a little differently. New technology will continue to thrive and very likely produce more and more high-performance results for both audio and video. New technologies also drive prices down on other technologies. I recently saw an 85-inch Sony 4K/HDR set advertised on TV by local retailer, Audio Video Center, for $2,895. A mere five years ago, that same set would have sold for $10,000, and seven years ago it would have been $25,000. That is a tremendous value even if it isn't bleeding edge 8K and likely impossible without new technologies pushing prices down.

Form factor is another topic that gets undersold when it comes to audio and video. I've got a hot take for audiophiles and audio retailers: if you ever want to have a real chance of attracting a new generation of client, you might need to change the look of traditional AV stores. Messy racks, cables on saw horses, amps on the floor, that wall of bookshelf speakers, poorly designed or controlled lighting, ugly furniture, piles of physical media, and the total lack of attention to any sort of video or control system isn't going to cut it with well-off Gen Xers and forget it when it comes to Millennials. They want design (think: B&O). They want a slick installation (think: a neatly installed server farm). They want wireless (pretty much everything). They want the whole integrated package, and their views on AV and IT are comingled. The good news is that with technologies like MicroLED coming that allow you to make your wall a video display, there are whole new ways of looking at how your AV interacts with your life. Speakers are evolving, too, as more companies like Sonance and Nakymatone introduce truly invisible offerings that can be hidden behind the drywall skim coat or wallpaper or wood or silk or whatever. And, get this: they sound much better than you might expect.

Digital room correction, not anything you will read much about in the audiophile print mags, has gotten really, really good in the past few years. That means you can have a component like, say, a Trinnov Amethyst or Anthem STR preamp correct the real-world, non-foo-foo acoustic problems in your specific system in your specific system. No more fussy and expensive EQ'd cables or having to subscribe to the "preamp of the month club" to try to find that magic elixir or audio magic that sound just right to your ears.

There are so many positive new technologies, trends, and style changes that make the future of specialty AV so bright. And to be clear: you don't have to buy into all of them to be cool in our eyes. Hell, you don't have to buy into any of them if you don't want to. If you like vinyl and it sounds good to you, who am I to say that isn't your path to audio nirvana? I don't drink expensive red wine because I have a bit of an allergy and I just can't justify the cost of a $250 bottle of Sassacia Super Tuscan over a $50 bottle of Guidalberto made by the same basic family with grapes from the same hill.

All I am asking for here is that when somebody pours you a glass of 1996 Sassacia, don't turn it down and tell them that it is crap without taking the time to taste it. There are all sorts of new and exciting concepts that will help shape our systems in the coming years and even decades. Lastly, remember that the hobby of specialty AV is much more about the journey than the destination, and with what I am seeing, we are going to be flying in style for years to come.