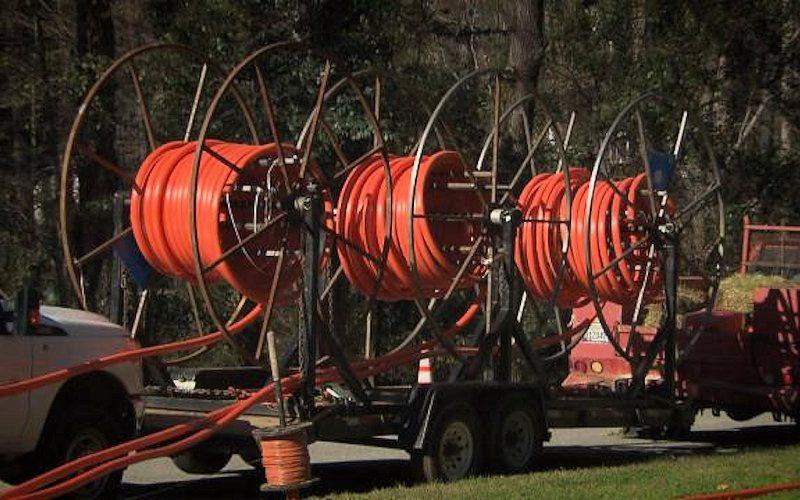 Dennis Burger and I have been talking a lot recently about the vast improvement that we've seen in 4K streaming across many devices, including our favorite, Roku. Unlike silver disc formats, streaming providers (and the boxes we use to access...

Dennis Burger and I have been talking a lot recently about the vast improvement that we've seen in 4K streaming across many devices, including our favorite, Roku. Unlike silver disc formats, streaming providers (and the boxes we use to access them) are a lot nimbler, as compression codecs can be upgraded more than once a decade.

What's more, with over 100,000,000 Amazon Prime members, a worldwide 139,000,000 Netflix subscribers, and Disney recently buying Fox for $71,000,000 in part to become a major player in streaming, there is simply no denying the growing and mainstream popularity of high-quality streaming AV content. Traditional record stores are pretty much gone except for a few boutique places selling used vinyl and collectable items. Best Buy doesn't sell Compact Discs anymore , and even in the flagship West Los Angeles store, the selection of UHD Blu-ray disc is pretty poor. Renting UHD Blu-rays is possible from a few niche subscription services, but not as part of your Netflix account (if you still have the disc option, that is), and not via Redbox outside of a few major metropolitan areas. All of these facts show a clear and pending death for the silver disc, despite what the core home theater enthusiast audience believes.

Home theater junkies are buying up now discontinued Oppo silver players at well-above-retail prices. I know because I sold my UDP-203 for $830 on eBay.com just a few weeks ago. The UDP-205 is selling for as much as $5,000 in Buy-it-Now auctions. This has left Dennis, Andrew Robinson, and I scratching our heads.

The comments section of our last article talking about the death of the silver disc had a lot of enthusiastic comments. Some people love the idea of collecting and storing, not to mention the rituals involved in viewing or listening to a silver disc. And you know what? I get it completely. The silver disc has been a major part of my career and my journey in the hobby from pre-1990 to just a few weeks ago. Sometimes it is just hard to say goodbye.

Where Dennis and I are putting up an argument is when home theater enthusiasts crap all over the current performance of 4K streaming today. More and more reviewers, not just on our staff but elsewhere in the CE business, are seeing little to no difference in terms of video performance from today's streaming versus the silver disc. Even if we do, it is so slight that you are talking about a tiny delta in performance--hardly worth the extra hassle of storing a huge collection of discs. Others suggest that you can't get the same sound quality, especially with object-based surround sound, and as with the video, that might have been a valid argument once upon a time. Just not today.

But there is a catch. And as long we we're trumpeting the benefits of streaming, even for AV enthusiasts, we need to talk about the downsides of this new, connected home theater reality, too.


My family recently sold our home, interestingly enough, to an executive at one of the major streaming service providers. All of my gear--save the Oppo, my Kaleidescape server, and my Roku--came included in the price of the house. That includes all the shades, lighting, Crestron brains, Crestron switchers, remotes, iPads, and the Classé electronics, Focal and SVS speakers/subs... the list goes on and on.

My new, temporary digs, are pretty luxurious, but we are definitely living in cramped quarters and paying a pretty penny. It is a New York City-style "full-service building," a rarity in California, complete with a doorman, valet parking, and pretty easy ocean access.

But there's a pretty big problem with this place. The building has an HOA-approved deal with Frontier for Internet, television, and phone. In terms of dollars and sense, the deal is killer compared to my former house, where I was paying over $200 per month for two DirecTV receivers, $150 for traditional, copper phone lines, and another $99 to Spectrum for bad-ass, 500mbps-down Internet. My entire bill now is about $150 for television, phone, and Internet combined.

That's the upside. The downsides? Where do I even start? The Frontier FIOS TV is the worst AV product that I have ever experienced. Their DVR isn't one half as good as the basic DirecTV DVR. The selection of channels is pathetic in comparison and both the audio and video cut out from time to time with no warning. How is the phone service you ask? It works just fine unless you want to make a long-distance phone call, which was "free and unlimited" in the sales pitch but 100 percent non-existent in practice. I spent nearly four hours on the phone with Frontier support to solve this problem, with no results. I got hung up on. I got lied to about callbacks, and days later they was literally no resolution to my issue. Right now, I am using my cell phone for long distance until I can have Frontier ripped out of this condo and at least replaced with Spectrum cable. And if one more person tells me, "you didn't know Frontier sucks?" I am going to scream. No, I didn't know, but I learned the very hard way.

If you are looking for the real villain in this story, though, it is Frontier's pathetic, nearly $100 per month, 16.6mbps-down/2mbps-up Internet service. I'll admit, in all of the stories I've been doing here lately about how amazing streaming has gotten, I sort of assumed that most people had access to decent Internet access. And now I find myself living in in a state with the fifth largest economy in the world, but with an internet connection that's hardly worthy of cat videos on YouTube.

This simply shouldn't be the case in America. Ask someone with a MAGA hat on if they if they would rather have a $25,000,000,000, 2,000-mile-long hate monument along the southern border that anyone can pass a key or two of Columbian flake cocaine through, or a full revamped Internet infrastruction so everyone can compete on a global level with decent connectivity. I asked Al Gore (or at least someone dressed up like Al Gore at the Apple Store) and he told me "I invented the Internet," so I thanked him for his service. I will take fast Internet, please and thank you.

In some parts of the country, there aren't many choices for ISPs and that is a crime for home theater and AV fans. My friend living in Westchester, New York--just outside of New York City--has one option and they know it and sell to him as if he has no consumer choice. The reality is, he doesn't have any choice and that is truly wrong. This hobby is increasingly based around having an excellent Internet connection, be it for HD music streaming, UHD movie and TV streaming, or 4K downloads like Kaleidescape offers. You just need a solid download speed to live your best home theater life. You don't need to be blazing gigabit speeds, mind you. Until just a few weeks ago, our own Dennis Burger was rocking what I thought at the time was a pretty pitiful 65mpbs down, and he didn't have a bit of problem with his streaming 4K/HDR AV experience. (Then again, you don't need an AMG Mercedes that can go 155 MPH either, but you kinda want it, don't you?) Honestly, right now I would pay just about anything for 65mbps. In other words, those of you in the comments section who've been screaming about the networking bottleneck that keeps streaming from being a viable option for you? I hear you now. I get it.

As for the rest of you? The ones who already have great internet connectivity and still dump on streaming? Look, I am not asking you to sell off your UHD Blu-ray player if you aren't ready yet. You don't have to ditch your Oppo player to be cool in our eyes. Hell, the fact that you're a HomeTheaterReview reader means you're pretty darned cool already. But please, please, please stop poo-pooing streaming unless you've seen (and heard) how good it's gotten in the past couple of years. Yes, you need a reasonably good Internet connection to enjoy streaming at its best, but when you do, you have access to the sort of AV quality we could have only dreamed about back in 2015, with the biggest selection and best value for music, television, and movies today. To judge today's UHD/HDR content versus where the state of the art was barely more than three years ago is to fully not understand how far we've come. Do whatever you can to get the best Internet service you can for your home. Look into upgrading your Internet switchers and routers to more enterprise class products like Ruckus, Cisco, and others.

In the meantime, I'd love to write more, but I need to call Spectrum and get them to replace my Frontier service ASAP, because this pitiful network connectivity and crappy TV service has me feeling like I'm living in the early 2000s.