BBC Docs and Series Coming to the Kaleidescape Store

BBC Docs and Series Coming to the Kaleidescape Store

Kaleidescape has struck a deal to bring BBC's most beloved series and documentaries to its platform. 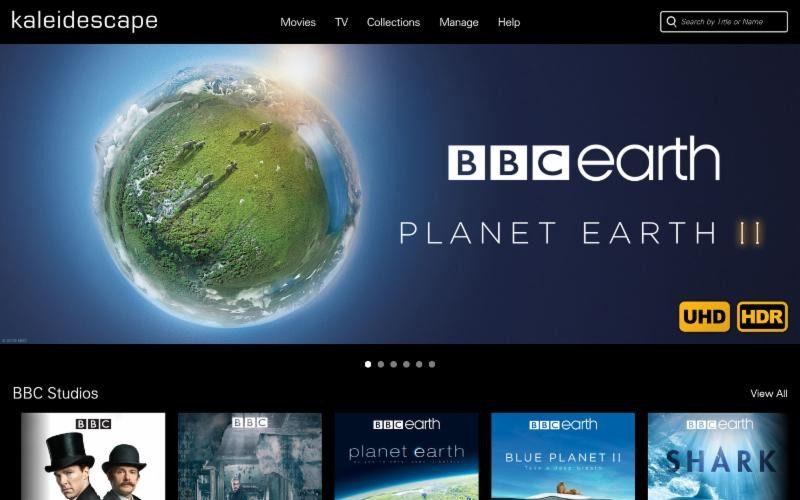 We’ve never made our love of Kaleidescape much of a secret here at HomeTheaterReview. Say what you will about the price of the system, but it sports by far the best UI of any video player we’ve seen to date. Thing is, though, since the company switched over to a mostly discless model with its newest hardware, Kaleidescape owners have been somewhat at the mercy of the company to strike deals with different studios to distribute new content.

Today, the company announced that one of the last remaining holdouts–BBC–is now onboard. Starting now, you can purchase your BBC favorites (*coughcoughPlanetEarthIIcough*) without the limitations of streaming or the hassle of discs, but with all the unimpeachable quality of the latter.

“With the recent innovations in video and audio technologies now available for the home, this is the golden age of home cinema,” said Cheena Srinivasan, Kaleidescape founder and CEO. “Kaleidescape is delighted to offer these BBC titles to our customers. This is content that matters to our customers–that the whole family can enjoy!”

“The BBC is known for our stunning, high quality, innovative programming,” states Beth Clearfield, SVP, Digital Strategy and Franchise Business Management, BBC Studios – Americas. “We are pleased to be the first to bring magnificent 4K television series, like Planet Earth II–one of our very first series to air in full UHD–to Kaleidescape, and to reach new audiences with great British dramas like the awarding-winning series Luther.”

A selection of BBC Studios – Americas’ award-winning series and documentaries is now available from Kaleidescape in the United States and Canada, with more titles to be added in the coming weeks and months.