Before You Cut the Cord, Pick Up the Phone

Before You Cut the Cord, Pick Up the Phone

It's easy to understand why people "cut the cord" on their cable or satellite TV bill these days. I just learned that you can actually walk into a Volkswagen dealership and plunk down $2,000 to get a nicely appointed Jetta... 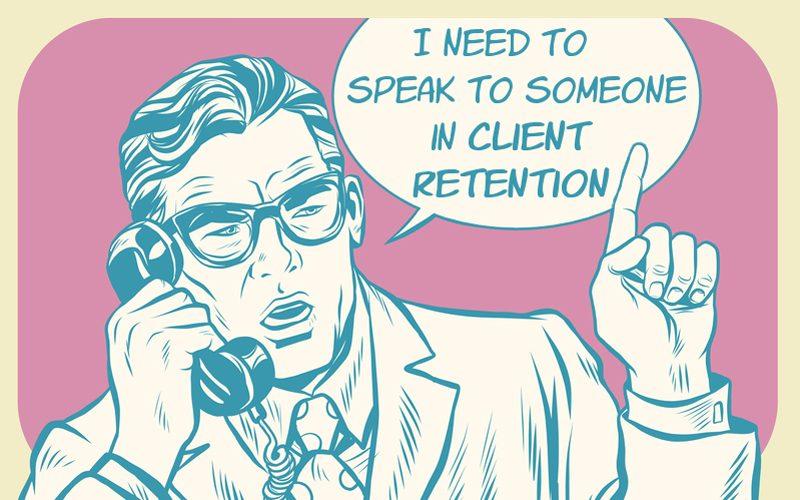 It’s easy to understand why people “cut the cord” on their cable or satellite TV bill these days. I just learned that you can actually walk into a Volkswagen dealership and plunk down $2,000 to get a nicely appointed Jetta on a 36-month, $99/month lease. This is a car with a nice audio system, five-star safety features, great gas mileage, and maybe even a navigation system. Compare that to my DirecTV bill that includes the NHL package, a few premium movie channels, and two 4K DVRs and costs a whopping $290/month. That’s a lot to pay for TV when my wife, son and I are watching more and more content on Netflix and Amazon Video.

Recently, I took the challenge thrown down by Christina, our company bookkeeper, to trim expenses. As she says, saving money on expenses is the same as making money by selling ads. DirecTV was the first call I made. I got someone on the phone quickly and immediately asked to speak with someone in “client retention.” It’s essential that you use these words, as it shows the first-level person that you are considering canceling the service and that they need to roll out the red carpet for you.

After being put on a brief hold, I was connected to a very well-spoken gentleman who went over my services with me. I told him what I watch most often on DirecTV, and he was a good listener. He asked me about the Stars channels and a few other movie channels that I have but don’t use, and we made some cuts there. I kept HBO and Showtime because I do watch those channels (I don’t want to miss out on Billions and Homeland).

I am an avid sports fan (which makes cord cutting hard), so we left the sports package alone and kept the NHL package, which I do watch quite a bit. We whacked one or two random TV channel packs that I will never miss, and he recalculated the bill. Before I could say anything, he also offered me a $40/month credit, since I’ve been a client since 1997. Ultimately we were able to reduce my bill by about $125/month without cutting anything of significance to me. If you see me running around Santa Monica in a new Jetta, you will know how I paid for it.

Emboldened by the success of my first call, I then called up Spectrum (formerly Time Warner Cable). I am pretty happy with their smoking-fast Internet service in my area, but I still decided to call and see if there was a deal to be made. I didn’t get as good of a representative this time, but she sure as hell didn’t want to lose my business to FIOS or Frontier or anybody else. What I learned from her was that, since Spectrum took over for Time Warner, they had a new pricing plan that would save me $10/month off my $105/month bill. That still may seem quite high for residential Internet, but it’s a small fraction of the price we were paying Time Warner for cable and 25-Mbps Internet at our old office in West Los Angeles. Time Warner had a total monopoly in that area and was nailing us for $525/month.

Beyond saving me the $10/month (think: gas for my newly leased Jetta), she informed me that she had instantly upgraded me to the 400-Mbps service. I went to SpeedTest.net and did a test–sure enough, I was rocking 474 Mbps (see below). That is really fast, and fast Internet makes me happy–especially in digital world where we download movies from Kaleidescape and the iTunes Store and stream damn near everything, from TIDAL to Amazon 4K and so much more.

I also called Verizon and was able to upgrade my data plan for my phone, iPad, and hotspot while saving $20/month. Using the same techniques as above, I was able to cut my answering service fee by $100/month (I might need a second Jetta), my hard-wire phone bill by $150/month, and my phone redirect fee by $100/month.

I know many people who have cut more services than I have, and they haven’t looked back. Some are total cord cutters, but those people generally aren’t enthusiastic sports fans. Sports really is the one area where the cable and satellite companies have us in a compromising situation. I am not ready or willing to be a cord cutter yet, but I am rocking much faster Internet, excellent 4K content on many platforms, all sorts of music (including HD, some with MQA), and so much more for so much less.

If you feel similarly fed up with all those high fees, I recommend you call up your providers. They don’t want to lose your business. You never know what benefits you will get in exchange for a few minutes on the phone when you have a little free time.

Do have a similar story when dealing with your media providers? Are you a cord cutter or a cord never? How have you grown or trimmed down your cable/satellite bill? Tell us about it in the Comments section below. We want to hear from you.