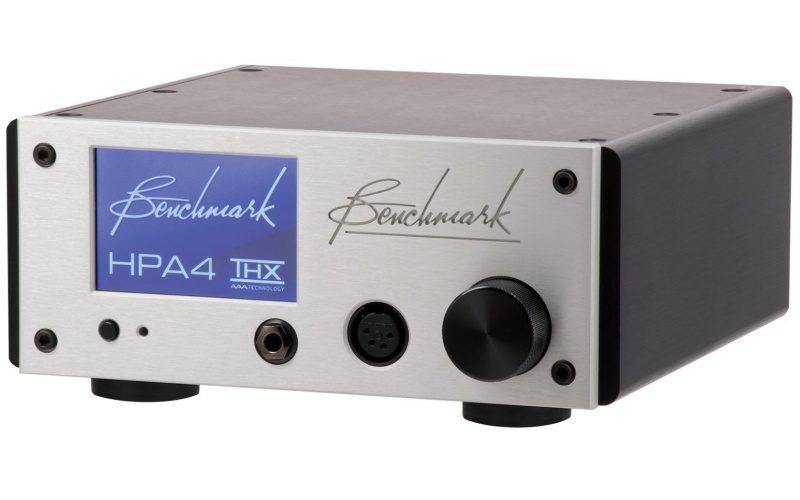 I have, in past articles, expressed the point of view that in a nearfield system with short cable runs, a passive preamplifier is preferable to an active one. This due to the fact that, in most systems, you are attenuating...

I have, in past articles, expressed the point of view that in a nearfield system with short cable runs, a passive preamplifier is preferable to an active one. This due to the fact that, in most systems, you are attenuating rather than amplifying the line level signal through your preamplifier. And if you are not adding gain to a signal, why would you want or need a circuit that adds gain?

The Sales manager at Benchmark Systems, Rory Rall, who I’ve known from many past audio shows, challenged me with the email entitled “Why No Perfect Preamplifiers,” where he questioned whether a passive preamplifier would be superior to Benchmark’s latest active analog preamplifier and headphone amplifier, the HPA4. He offered me one to review. I said, yes, so here we are with a Benchmark HPA4 ($2,999 MSRP) up for consideration.

Like all Benchmark components, the HPA4 is a three-quarter-width component that can stack on top of other Benchmark products if building a tower of components is your bailiwick, or rack-mount if not. Benchmark enlisted a technological partner on the HPA4, THX Limited. The headphone outputs, both single-ended and balanced, employ something called the THX AAA (Achromatic Audio Amplifier) circuit, which according to Benchmark, “reduces harmonic, intermodulation, and crossover distortion by 20 to 40 dB to guarantee a realistic and fatigue-free listening experience. It accomplishes this using a patented feed-forward topology to null conventional distortion and noise mechanisms, resulting in the world’s most linear amplifier.”

The HPA4’s front panel is a simple affair, with an on/off button on the extreme left side followed on the right by quarter-inch stereo and XLR balanced headphone connections and a large volume control that has four independent 256-step attenuators in half-decibel increments. This permits the volume level adjustments for the line level and headphone outputs to be completely independent from each other. The HPA4 also has a full color touchscreen for setup and control.

Benchmark calls the HPA4 a 100-percent all-analog, high-voltage, high-current, and high-power amplifier. It can deliver 11.9 Vrms into 300 ohms and 6 watts into 16 ohms, and delivers up to 15 dB of gain. It also has several protection circuits built in, including DC-detection, over-current protection, and thermal protection. Bandwidth is listed at an impressive 0.01 Hz to 500 KHZ on both its balanced and unbalanced outputs.


Installing and operating the HPA4 was easy. I simply inserted it in between the analog outputs of a DAC and the inputs of a power amplifier and subwoofer. Since the HPA4 has two pairs of line-level outputs, I could attach the balanced outputs to a Benchmark AHB2 and the unbalanced to my Velodyne DD10+ subwoofer. I connected two DACs to the HPA4: the Benchmark DAC3 B and the Project S2 Pre Box.

You can control the HPA4 via its supplied remote or from its front panel controls. I used both methods with no issues. The remote includes several nice features, including a -20 dB mute, as well as full-off mute. You can also control input, volume, and power from the remote. The front panel controls offer several welcome features, including the ability to control both the headphone and line level outputs separately or ganged together. Unlike many preamp/headphone amplifiers, which automatically mute the line level when a headphone is plugged in, the HPA4 gives users the option of using both at the same time.

When you turn the volume knob or adjust the volume via the remote, you will hear clicking from the HPA4. Every time the HPA4 goes up or down 0.5 dB, it emits a click, not from the speakers, mind you, but from the chassis itself. I liked this feature. You know if the volume is changing, and how much it is being changed by the number of clicks. Some may find this distracting, but I consider it a positive feature.

In addition to its pair of stereo outputs, the HPA4 has one more output: a line-level summed mono, which could be useful in connecting a subwoofer if yours doesn’t have stereo inputs.

Performance
The initial challenge from Rory Rall was to judge whether the HPA4 has the same level of transparency as a passive preamplifier. While swapping out preamplifiers is not the sort of comparison I could do easily or quickly enough to make an A/B test practical, I could place the HPA4 in a circuit and listen for changes in sound. Also, since I could connect multiple DACs to the HPA4, I could do rapid A/B using Roon as my source and ganging Roon’s output to these DACS so they would receive the exact same signal feed. Out of curiosity I played a sine wave file and measured each DAC’s output level. The Benchmark was consistently 0.2 dB louder.

Since the HPA4 adjusts levels in 0.5 dB increments, I could not exactly match the two DACs’ output levels. I have to wonder how much these subtle differences in output level, which are common among different manufacturers’ DACs, cause some of sonic differences we perceive when comparing DACS.

At any rate, in terms of noise, the HPA4 combined with the Benchmark AHB2 power amplifier ranks as the quietest rig I’ve heard (or not heard). Even with the gain up to full with no signal, there is no hiss, hum, or buzz, even when I placed my ears within a in inch of the drivers on 89 dB sensitive loudspeakers.

As a headphone amplifier, the HPA4 was first rate. Whether it was my most power-hungry headphones, which currently are the new Abyss Diana Phi, or my most sensitive IERs, such as the Empire Ears Phantoms, there was no added noise or lack of adequate gain. Compared to my reference headphone amplifier/DAC, the Sony TA-ZH1ES, the HPA4 was just as resolving, flexible, and musically involving. And unlike the Sony, with HPA4 can have more than one headphone output active at one time.

The Benchmark HPA4’s low frequency response, which is claimed by Benchmark to be down to 0.01 HZ, is not something I see every day. In fact, I don’t think I’ve ever seen that specification before. Listening to the all-Benchmark system of the DAC 3 B, HPA4, the bass on the headphone outputs was impressive through both the Sony MDR-Z1R and the Abyss Diana Phi, especially on tracks with low, low, sub-bass, such as on “Kiss” by Joan As the Police Woman or “Gimme” by Banks.

Competition and Comparisons
Analog preamplifiers come in all shapes, sizes, and prices. The same is true of analog headphone amplifiers. But the HPA4 occupies a unique place, not only due to its features and performance, but also its price. Sure, there are plenty of decent line-level preamplifiers, DACs with built-in volume controls, and scads of headphone amps, but to get the same level of ergonomics and performance as the HPA4 for the same money from separate components could be a challenging proposition, depending on your needs.


Of the components I keep for reference, the Sony TA-ZH1ES ($2,199 MSRP) comes the closest to the feature set of the HPA4. But the Sony includes a built-in DAC with upsampling and DSD conversion as well as provisions for hooking up six different pairs of headphones at once (but only one can play at a time.) The Sony also has line-level preamplifier functions via its back-panel connections, just like the HPA4. Also, like the HPA4, the TA-ZH1ES has 0.5 dB volume increments. On one value scale the Sony offers quite a few more features, but the Benchmark is the sort of component that will still be completely viable in 20 years while the Sony’s digital front-end could well be superseded by newer tech.

Conclusion
Benchmark calls the HPA4 a “Reference stereo headphone amplifier and reference line amplifier,” and I found no reason to dispute this. It performed at reference level with whatever I threw at it. It is ergonomically elegant with a well-laid-out remote and front panel controls. Also, its headphone amplifier was able to support a wide variety of headphones and is the first component to utilize THX Achromatic Audio Amplifier (AAA) technology.

If you are looking for a preamplifier/headphone amplifier that you can live with happily for a long time, you should consider the Benchmark HPA4 at the top of your must-audition list.