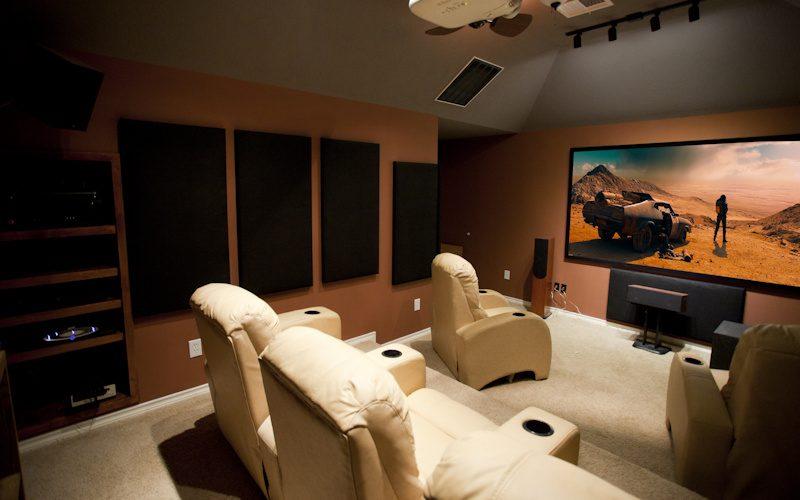 Feature News Stories
Published On: March 9, 2020
We May Earn From Purchases Via Links

We're living in a truly golden era for home theater, as the most advanced AV technologies are becoming more and more accessible in the home for less and less money every year. But all of that technology would be pointless... 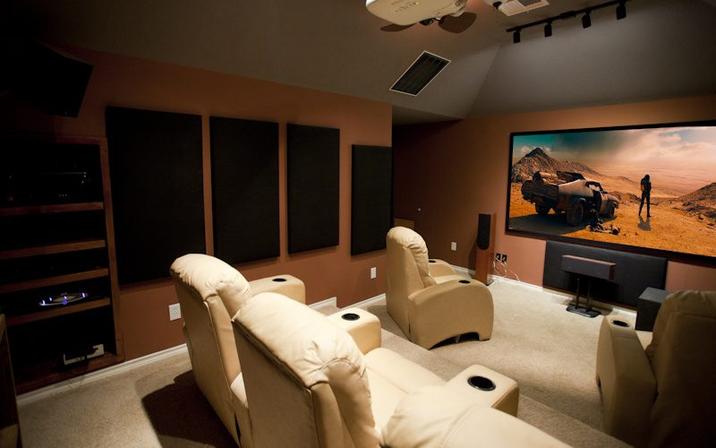 We're living in a truly golden era for home theater, as the most advanced AV technologies are becoming more and more accessible in the home for less and less money every year. But all of that technology would be pointless if we didn't have equally compelling movies, TV shows, and music to pump through that high-end gear. Thankfully, there's also an abundance of incredibly well-recorded and beautifully shot content that you can use to show off the fruits of your labor, from modern-day classics on Ultra HD Blu-ray, to UHD/HDR exclusives on the streaming side of things.

Back in the bygone DVD era, I'd use the opening armored car heist scene in the Pacino/DeNiro thriller Heat (Chapter 1: "Tools for the job") to really show what home theater was all about. That scene, as well the downtown L.A. shootout, threw just about every caliber of weapon you can imagine out into the room with exemplary sound engineering, and it remains a favorite to this day.

But that was nearly a quarter-century ago. And things have advanced quite a bit in terms of presentation, not just on disc, but also in the streaming domain. Here are a few of my favorites (and one grudgingly included due to its popularity):


Talk about upping the ante on your home theater streaming experience. Major kudos to Amazon for delivering the best possible audio/visual experience with one of their flagship series. More specifically, if you're looking for a great demo, check out Season 2, Episode 8. The assault on the presidential palace will absolutely melt your cranium, provided you have the right gear.

To get both HDR and Dolby Atmos from a streaming service is huge, especially when you're doing a demo on the fly and don't have time to dig around for physical media. Although none of the aforementioned matters if it's poorly shot and/or recorded, which is not the case here, as director Andrew Bernstein and company deliver a stellar presentation. One word of caution, though, when trying to stream Atmos capable titles: do your homework, as not all streaming devices support object-based surround from all streaming services.


For a good demonstration of your home theater's ability to provide an immersive cinematic experience, you'd be hard pressed to do better than Dunkirk in Dolby Atmos. While there is cacophonous action throughout (it is a war film, after all), it's in Chapter 9, at the 1:26 mark, when Tom Hardy's Spitfire stalls, that you really get a good showcase for a home theater's dynamic range, especially as the scene shifts back and forth from his quiet cockpit to the chaos on the ground and in the water.

The film world lost arguably its greatest director when Kubrick died, though Christopher Nolan has helped ease the pain. As such, there are a number of his titles that can be used for demo material, including Interstellar (Paramount) and the Dark Knight Trilogy (Warner Brothers). For Dunkirk, his team went so far as to develop special IMAX cameras, making it as visually stunning as it is aurally engaging.


Another visual and audible treat would be any of the John Wick films in Dolby Atmos. One of my favorite sequences, especially for an Atmos capable rig, would be in the first film, Chapter 15, at the 1:28:30 mark, as the rain starts to fall and Wick is attacking the bad dudes.

With the right setup, you'll feel as though you're actually in a shoot-out in the pouring rain. It's visceral and, once you've watched it via an Atmos system with a 4K capable TV or projector, you'll never want to see it any other way. Every speaker in your system will be pushed to its limits in this sequence (in my case 10.1), so it's also a good test of a system's coherence.

Rolling Stones: Shine a Light (Paramount, 2008)
Lastly, I'd be remiss in not mentioning at least one concert Blu-ray. If you want to test or demonstrate a rig's ability to image, try Martin Scorsese's well-shot and well-recorded Rolling Stone's film, Shine a Light. With the right system, both imaging and soundstage will be delivered in spades. Not only do I use this film for demonstration purposes, I also use it to review speakers, for all of the reasons mentioned above. With the wrong system and/or setup, it'll be muddy and not deliver anything close to an enveloping and engaging audio experience. And, like any Scorsese film, it's also impeccably well shot.

Gravity (Warner Brothers, 2013)
For a film that will provide every type of test imaginable – transients, dynamic range, low frequency response, coherence, etc. – look no further than Gravity in Dolby Atmos.

It's a visually and audibly stunning piece of filmmaking, and you can't go wrong using it to show off a great home theater. On the video front, contrast, color separation, and especially black level are all top-notch. Ideally, you won't pick a scene for this one; you'll carve out the requisite 91 minutes and enjoy the ride.


Mad Mad: Fury Road (Warner Brothers, 2015)
In that same vein, I'd also highly recommend Mad Max: Fury Road, which also features Dolby Atmos. It's essentially an incredibly high-octane, two-hour car chase and will provide a good barometer of your home theater's ability to handle an audible barrage with all channels firing from start to finish.

From a video standpoint, contrast and color saturation will also be well represented with the right setup. One needn't zero in on a particular segment, as there's so much action you can pretty much jump right into any scene.

A Star Is Born (Warner Brothers, 2018)
While it's not one I use, another popular demo is the duet between Bradley Cooper and Lady Gaga in A Star Is Born. While I did enjoy this film, I can't stomach the song "Shallow," and I'm still wondering how the hell it won an Oscar, but I digress. It's always a good idea to have a movie like A Star Is Born in your demo quiver, as it may appeal to guests who want to see people being hit over the head with mallets, exchanging gunfire, fighting wars, or what have you.

Most of these demos are accessible on Blu-ray or UHD Blu-ray, but it's important to note that can create an amazing Atmos demo even if you've abandoned discs altogether at this point. Now that streaming services like Vudu, Netflix, Amazon, Disney+, etc. are offering Dolby Atmos, I'd say that if you have the budget and the wherewithal to invest in an Atmos sound system, you should go for it.

In terms of Netflix specifically, simply type "Dolby Atmos" in the search field for a list of all the Atmos content currently offered, assuming your streaming device of choice supports it. If handled properly with the right gear, speaker placement, cabling, etc., it's a true game changer in the home theater realm. Is it a necessity for a great home theater? Absolutely not. Will it blow your friend's minds when you fire up any of the aforementioned content? Without question.


As staff writers for HomeTheaterReview.com, we live and breathe this stuff almost daily. That said, it's always entertaining, and sometimes eye opening, to hear what our readers have to say on certain subjects. And most people who've taken the time and spent the money to build a decent home theater rig have a few favorite demo pieces. Over the years I've had many favorites: Top Gun (any of the dogfighting), Gladiator (the battle with the tiger), Quantum of Solace (the opening car chase), and the list goes on.

You'll automatically be entered in the HTR Sweepstakes, and get the hottest audio deals directly in your inbox.
Subscribe
Connect with
Login
Connect with
19 Comments
Oldest
Newest Most Voted
Inline Feedbacks
View all comments
This is the static ad content. This is just a placeholder for now to get things styled.
Visit Website