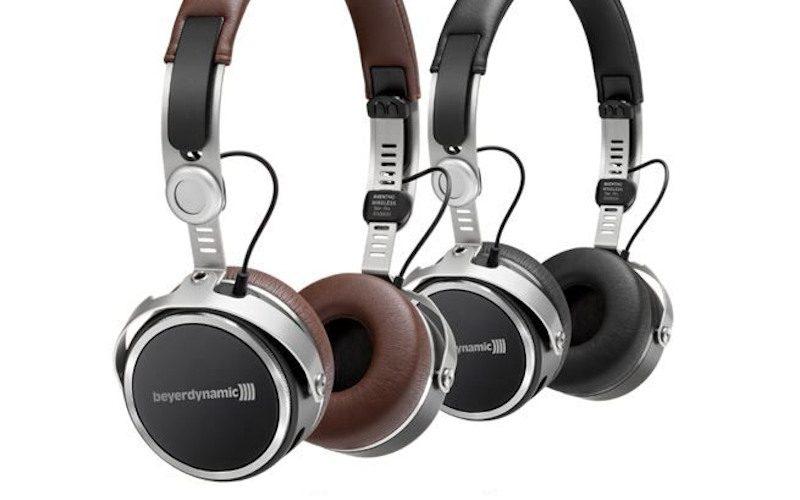 It isn't often that we see high-end on-ear wireless headphones, but the Beyerdynamic Aventho Wireless represents a compelling offering for those looking for a good mix of portability and on-the-go performance. 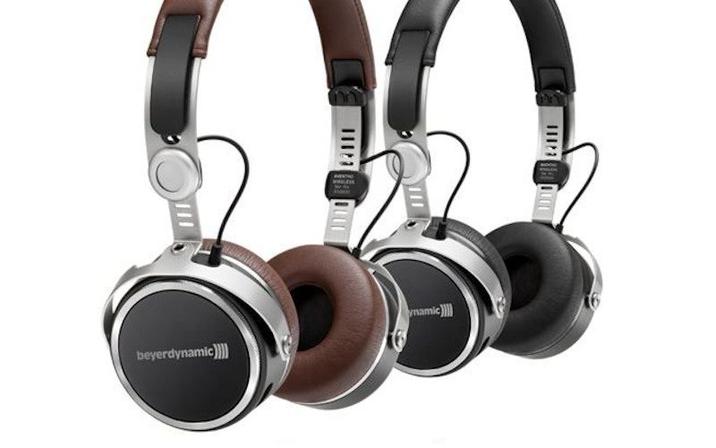 Never have I owned a car that isn't German. The party started in 1990 with a Volkswagen GTI, purchased for $12,000 in Cherry Hill, New Jersey (land of no cherry trees and no hills), where the salesman let me sit in a red, twin-turbo Porsche 911 also being delivered that day before I drove off with half a clue how to drive a stick back to Philadelphia. In my mid-30s, I would be lucky enough to buy a 1997 Porsche twin-turbo 911, having skipped the Audi portion of the marketing exercise but completing a childhood fantasy. Today, I am pretty loyal to Mercedes and their ultra-safe, twin-turbo-charged V8 SUVs, and I guess you could call them "American" cars, since they're built in Alabama, but whatever. I'm claiming their German heritage.

This brings me to German-made headphones. Specifically, Beyerdynamic's tricked out Aventho Wireless on-ear headphones, which are priced at about $450 per pair. These on-ear headphones are a little bit of a departure for me, as I've been covering mostly over-the-ear wireless headphones as part of my quest to exhaust the entire category. Out of the box, I loved the diminutive size of these headphones as compared to their circumaural brethren, especially the $699 Beyerdynamic Amiron wireless over-the-ear headphones that I also recently reviewed. Those are literally the biggest headphones in the over-the-ear category and are respectfully too big to fit in my beloved Tumi briefcase, which I dinged a little bit for them for in my other review. The Beyerdynamic Aventho don't have that issue, as they are clearly for on-the-go listening. They also seem to be designed people with smaller heads, as I had to extend the well-made hardware to maximum to fit my unusually gargantuan dome. Unlike the Beyerdynamic Amiron headphones, the Aventhos have ear cups made of subtle, synthetic leather that is much cooler than their larger, more expensive counterparts.

The Aventhos come with a soft carrying case and can fold flat for easy packing, which appeals to someone who has to go to LAX as often as I do. They come loaded with a USB-A to Micro-USB cable, which is close to useless for those of us with Apple Macbook Pros, since you'll also need an adaptor to get things charged. What I've learned about these adaptors is that they don't pass that much voltage, thus when charging items like my current 128 GB iPad, they charge very slowly. Thankfully, these headphones rock out at close to 20 hours of battery time and are far less demanding in terms of charging needs. I bought an Ankor charger that's about the size of two decks of cards stacked top to bottom and that sucker charges very quickly. $6 for the USB-A (female) adaptor and $22 for the Ankor charger are money very well spent on my increasingly tuned-in travel kit.

Listening
Never one to shy away from a good political protest song, I started my listening with "Save The Children" from Gil Scott Heron's Pieces of a Man album, which is specifically relevant in an America where we've forgotten that we are a nation of immigrants. I love me some Gil Scott Heron. His Beatnik "bob-whitey" tunes resonate with me more today than ever. This soulful track has a floating flute melody that just jams. Gil's vocals are presented accurately over a clearly 1970s, mellow-vibe, analog recording. Like their bigger brothers, the Beyerdynamic Amiron headphones, these Aventhos sound super-balanced. They don't suffer from the audio maladies like the bass-first sound of the fashion-forward headphones that the kids like so much and make rap guys billionaires.

"Deacon Blues" is an audiophile classic from Steely Dan's beloved Aja. With the volume up well past the point of potential long-term danger, this silky-smooth wannabe-jazz track cuts through the sonic jungle nicely. Donald Fagen's voice is nicely presented, with the horny-horns laying down a compelling musical background. Bass is pronounced through the Aventhos, but not too much so. Balance is key with Beyerdynamic cans and I like that about them.

I was really impressed by "Dead and Bloated" from Stone Temple Pilots' Core record. The opening Weiland vocals have that military, bull-horn quality that sounds 100 percent believable when piped in through the Aventhos, but what was more spectacular was how well these wireless headphones resolve such complicated mix, even at significant volumes (volumes that I don't recommend over time). The bass is strong but not bloated. Vocals are right where they should be in the sonic blend. The instrumentation is excellent, if a little "dirty" sounding, as it should be with such premium grunge.

Comparison and Competition
There aren't nearly as many wireless headphones in the on-ear category as the over-the-ear category. JBL has its E45BT priced at a mere $99, but it's not built to the same quality as these much more expensive headphones.

In the over-the-ear category, you have options such as the Beyerdynamic Amiron Wireless headphones at $699 per pair. The Bose Quietcomfort 35 (Series II) are notably comfortable and with best-in-class noise cancelation. Sennheiser's HD1 Wireless are pretty bad-ass at $399 and match the excellent craftmanship that you get from Beyerdynamic.

Audio-Technica's ATH-DSR9BT are also really good. Bowers & Wilkins PX Wireless round out the best of the over-the-ear high end headphones.

Conclusion
While these headphones aren't exactly for me because of the large size of my head, their diminutive footprint and ease of use (especially easy Bluetooth connectivity) make them appealing for women, children, and menfolk with smaller heads. The fit and finish of the Beyerdynamic Aventhos are top notch and compete favorably with the best of breed in terms of on-ear and even high-end over-the-ear headphones.

Sonically, they are balanced, accurate, and engaging. You can't hope for better sound today in terms of wireless on-ear headphones thanks to Beyerdyanamic's Tesla (nothing to do with Elon Musk) technology. The fact that you can customize their sound profile via a companion app is cute, but I don't think they really need it. I like the way they sound right out of the box.