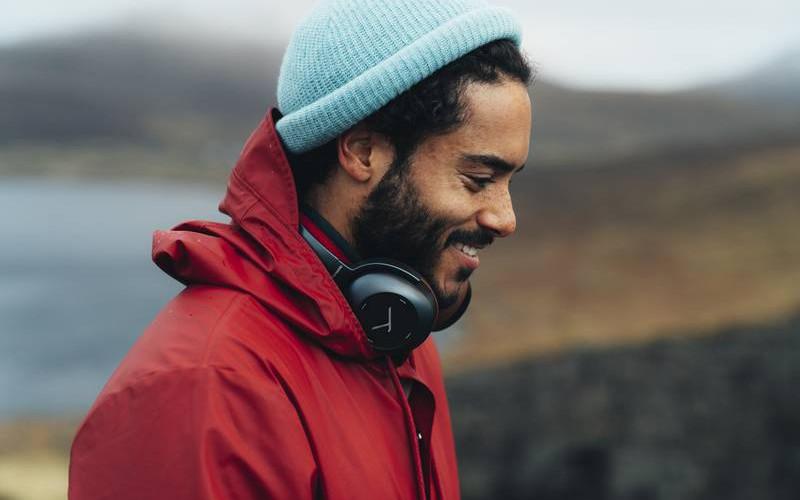 Chris Martens finds beyerdynamic's Lagoon ANC is a fine Bluetooth/Noise Cancelling headphone made even better by MIY (Make It Yours) sound personalization software. 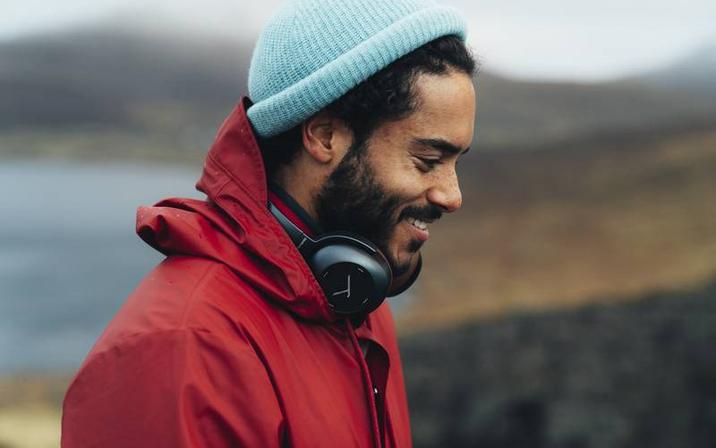 By Author: Chris Martens
Chris Martens has been an avid audio enthusiast for more than 50 years and has been an audio journalist for the past 18 years. His CV includes: Senior writer for The Absolute Sound, Audio Editor and later Editor for The Perfect Vision, founding Editor/Publisher of AVguide.com, founding Editor of Playback, Publisher and Senior Writer for Hi-Fi+, and Editor of Hi-Fi+/The Absolute Sound Ultimate Headphone Guide.

How Does the beyerdynamic Lagoon ANC Perform? Early on I discovered the Lagoon ANC Traveller was extremely easy to charge up and to pair with my Samsung Note 9 smartphone, which is equipped with the Pandora and Tidal music apps. During charging and pairing, the headphone's color-coded Light Guide system gave quick, at-a-glance indications of the Lagoon ANC's operational status (meaning there was never any confusion as to whether or not the headphone was fully charged, turned on, in pairing mode, or successfully paired, etc.). Switches are clearly labelled and straightforward to use, as is the elegantly simple touch control panel on the headphone's right ear cup. Standard voicing for the Traveller was generally neutral, with hints of natural organic warmth – particularly in the mid-to-upper bass region – and with very slightly recessed response in the presence and treble regions. These characteristics did not make the headphones sound overtly dark or bass-heavy, but they did add a welcome quality of heartiness (as opposed to analytical coldness or sterility) while making the headphone at least somewhat forgiving of overly bright-sounding recordings. Taken together, these qualities made the Lagoon ANC Traveller sound similar to the also-very-good Cleer Flow BT ANC headphone, although the beyerdynamics have the edge in terms of clarity and resolution. Introducing beyerdynamic's MIY (Make It Yours) sound personalization software adds a whole new dimension to the headphone's performance. In simple terms, you simply install the (free) MIY app on your smartphone or tablet, connect the Lagoon ANC to the phone via Bluetooth, then use the software to conduct an automated hearing test (through the headphones). Once the test is complete, which takes about two minutes, the MIY software computes user-specific compensation curves that can be applied at will, In fact, MIY software gives the listener the option of turning compensation on or off, or – via a clever slider control - of dialling in progressive amounts of compensation, ranging from almost none on up to full correction (and all points between). New features being added to the MIY app will allow for things like sidetone functionality, improving the user's ability to hear his or her own voice during calls or when using VoIP programs.

Frankly, I have heard a number of automated headphone EQ systems in the past, and I usually came away less than impressed (sonically speaking, I found the cure often sounded worse than the disease). To my ears, though, MIY offers a different and better solution – one that not only improves the headphone's perceived tonal balance, but also provides subtle but very worthwhile improvements in the rendering of textural, transient, and spatial details in the music. The MIY software comes from MOSAYC/Mimi Defined (Mimi Hearing Technologies) and uses various sophisticate compensation techniques to enhance perceived accuracy and clarity. The net result is eye-opening to say the least – almost as if one magically stepped up to higher grade of headphone altogether.

A great example would be the Lagoon ANC's performance on Chris Isaak's "Wicked Game" from Heart Shaped World. With MIY engaged, the Lagoon ANC was able to tease out the subtle inflections and lilting tone of Isaak's voice and the shimmering almost otherworldly twang of his guitar. While the track sounded quite decent even with MIY turned off, engaging the software yielded improvements in nuance, rendering of low-level details, dramatically sharper focus, and more realistic dynamics throughout. In short, MIY took a good thing and made it better.

How Does the Lagoon ANC Compare to the Competition?

My Home Theater Review colleague Steven Stone once wrote a review of the Bose QuietComfort 35 II for a print publication I edited at the time (Ultimate Headphone Guide). In that review, Stone wrote, "...I would describe the QuietComfort 35 II as smooth, easy to listen to, and polite, almost to a fault." Stone also observed that there was "noticeable hiss when noise reduction is in use." You can also read Home Theater Review's evaluation of the headphone here.

The Cleer Flow II is essentially identical to the original Cleer Flow (reviewed here), except that it comes in a new color and incorporates Google Assistant functionality. As mentioned in the body of this review, the overall voicing of the Cleer Flow is similar to that of the Lagoon ANC when the Lagoon's MIY software is not in use. Both headphones offer greater levels of clarity and articulacy than is typical for most noise-cancelling headphones, though the Lagoon ANC does enjoy an audible edge in terms of perceived clarity and resolution – an edge that becomes even more noticeable once MIY software is engaged. Both the Cleer and the beyerdynamic do a good job of providing noise cancellation that does not undercut or intrude upon the music. The Cleer is less expensive than the beyerdynamic (its street price hovers around $179) while offering performance that is in many respects similar.

Created by the legendary loudspeaker design wizard Paul Barton, the PSB M4U8 is in my view the gold standard against which all other BT/ANC headphones must be compared. The PSB offers higher levels of clarity and resolution than the Bose, beyerdynamic, or Cleer offerings, though of those three the beyerdynamic comes closest to equalling the PSB. The M4U8's noise cancellation is so effective that even finicky audiophiles might opt to leave it engaged all the time. This is because PSB's noise cancellation circuits drop the perceived noise floor without introducing weird sonic artifacts, so that perceived clarity often seems to increase with noise cancellation engaged. Not surprisingly, the PSB is more costly than the beyedynamic, Bose, or Cleer offerings, though it is still reasonably priced for the performance on offer.

beyerdynamic's Lagoon ANC is a good looking, well made, affordable, versatile, and easy-to-use Bluetooth ANC headphone. The "Make It Yours" sound personalization software helps unlock a whole new dimension of sonic performance, making this a standout model in its class.