The Blu-ray Disc Association has officially announced the completion of the Ultra HD Blu-ray specification, which means they can now move into the licensing phase this summer. This is a good sign that we are on target to see the... 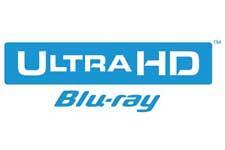 The Blu-ray Disc Association has officially announced the completion of the Ultra HD Blu-ray specification, which means they can now move into the licensing phase this summer. This is a good sign that we are on target to see the arrival of Ultra HD Blu-ray players on the market by the holiday season. As expected, the spec includes support for a “significantly expanded” color range, High Dynamic Range, high frame rate content, and object-based sound formats like Dolby Atmos and DTS:X.

“For years, Blu-ray Disc has set the standard for high definition picture and audio quality in the home. Ultra HD Blu-ray will do the same for UHD home entertainment,” said Victor Matsuda, chair, BDA Promotions Committee. “The technical capabilities of Blu-ray Disc, in particular its significant storage capacity and high data transfer rates, will enable the delivery of an unparalleled, consistent and repeatable UHD experience.”

The completed Ultra HD Blu-ray specification addresses a range of factors, beyond simply increasing resolution, that will significantly enhance the home entertainment experience for consumers. In addition to delivering content in up-to 3840×2160 resolution, the Ultra HD Blu-ray format enables delivery of a significantlyexpanded color range and allows for the delivery of high dynamic range (HDR) and high frame rate content. Next-generation immersive, object-based sound formats will also be delivered via the Ultra HD Blu-ray specification. Additionally, with the optional digital bridge feature, the specification enhances the value of content ownership by embracing the notion that a content purchase can enable the consumer to view their content across the range of in-home and mobile devices.

Licensing of Ultra HD Blu-ray is scheduled to begin this Summer. The BDA is working closely with industry leaders in the authoring, testing, certification and replication industries to develop the tools and process needed to ensure interoperability between players and software and to facilitate the development of a robust ecosystem to support the hardware and title launch of Ultra HD Blu-ray.