Blu-ray players made a big leap forward, entering into more households than ever before. This is something that bodes well for the quality of content and the consumer electronics industry. 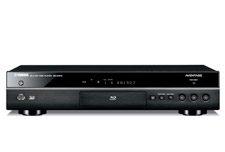 Home Media Magazine reports that a little more than one in every four homes now has a Blu-ray player in it, as of the fourth quarter. That is a huge level of growth from the same time in 2010. A 47% level of growth to be exact.

Horsham, PA-based Centris Research released this finding in a quarterly report about the penetration of communication and technology in the home. This research proves favorable for the consumer electronics industry because the Blu-ray market is what continues to drive physical media sales. This is also good news for the movie industry as Blu-ray discs provide a high profit margin for studios than DVD, disc rentals, or VOD.

The likely cause of this increase in Blu-ray player ownership is also presented in this report from Centris. During this same period, HDTV ownership also increased 6%, which means that 63% of all houses now have HDTVs in them. More HDTVs means more owners in search of high definition content.