Despite starting as second banana to former competitors such as Bryn Mawr Stereo, the established local guys like Hi-Fi House, and the usual slate of […] 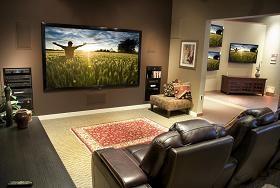 Despite starting as second banana to former competitors such as Bryn Mawr Stereo, the established local guys like Hi-Fi House, and the usual slate of big box retailers, Bob & Ron's Worldwide Stereo has outlasted many of them, getting bigger and better every year while consistently delivering world class brands and audio, video, mobile, and home theater installation services since 1979. Now with two locations in Montgomeryville and Ardmore, PA, Bob & Ron's appears poised to continue building its business well into the future, while also supporting many local charities like the Ronald McDonald House, Special Olympics, and Children's Hospital of Philadelphia.

You'll automatically be entered in the HTR Sweepstakes, and get the hottest audio deals directly in your inbox.
Author
hometheater
When you buy through links on our site, we may earn an affiliate commission. Your support is greatly appreciated!
This is the static ad content. This is just a placeholder for now to get things styled.
Visit Website