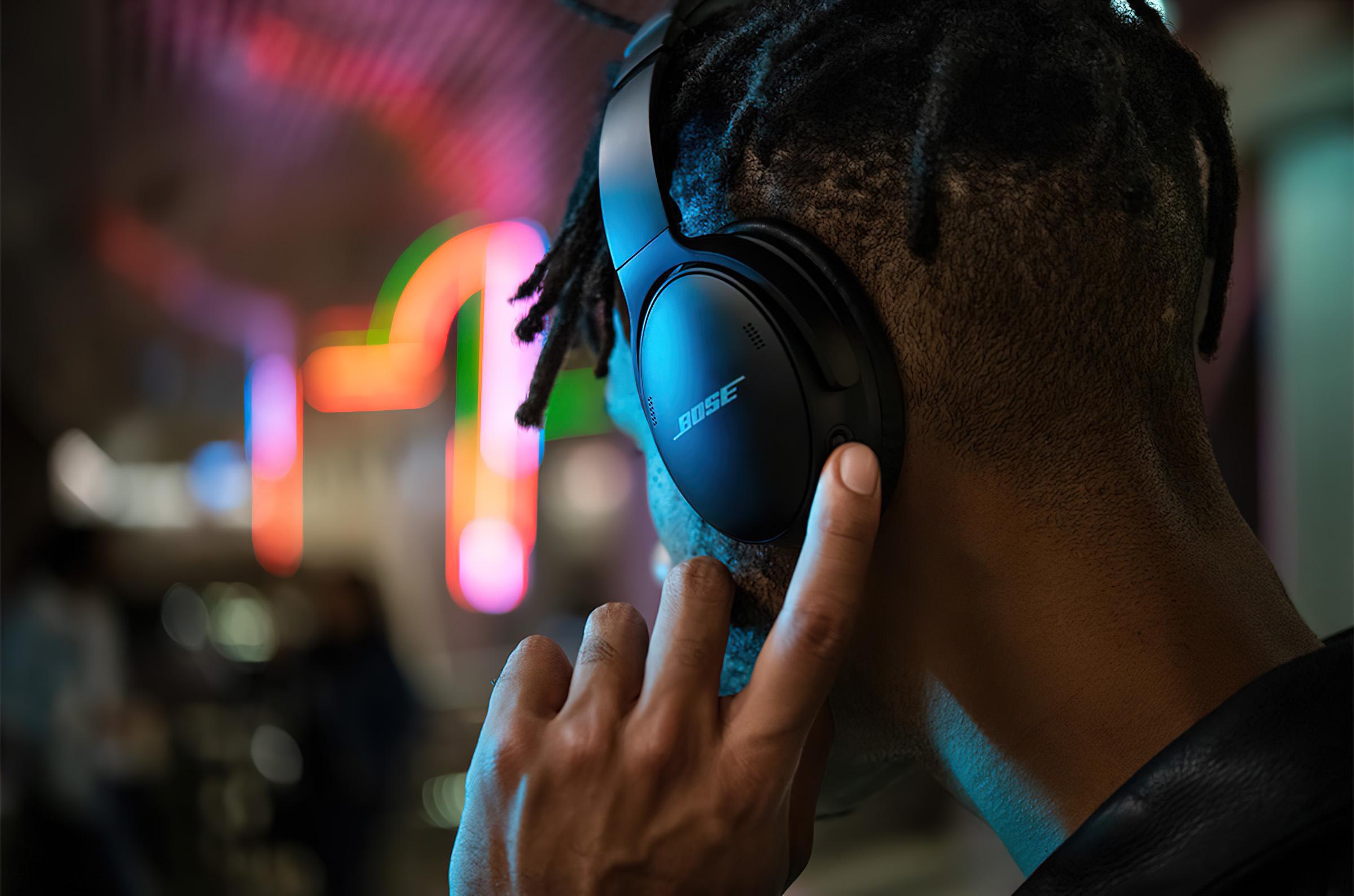 Headphones + Accessory Reviews, Audio and AV Equipment Reviews
Published On: October 29, 2021
We May Earn From Purchases Via Links

The new QuietComfort 45 may look and feel familiar, but incremental improvements add up to a solid update to this classic Bose design. 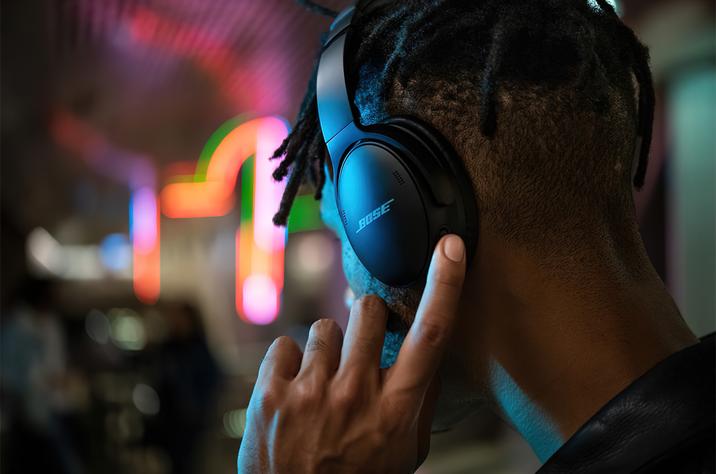 After a five-year reign as one of the most recognizable and popular full-size wireless headphones out there, the Bose QuietComfort 35 series has a successor. The new QuietComfort 45 ($329) aka QC45 sticks to the basic design of the QC35 (2016) and QC35 II (2019), but implements various feature updates, allowing this venerable design to keep up with the times without straying too far from the formula that made it so popular, to begin with: An emphasis on high-performance noise reduction (quiet) and ergonomics plus wearability (comfort).

These headphones are new, but significant aspects of the designer are not actually new, but rather familiar. For example, these headphones use the same drivers as their predecessor and are tuned to sound the same. They are also extremely visually similar to their predecessor, differentiated primarily by the upgrade to a USB C port, and also by how the Bose log is printed on the earcups (flat as opposed to raised). another slight visual difference is that the cushion no longer has dimples on the outside, instead, it's smooth.

Numerous headphone reviewers have already published full reviews of the QC45, and the first impressions are largely positive, although tempered by the basic familiarity with the product. Namely, Bose has improved the noise cancellation so that it is now on par with the company’s flagship full-size wireless headphones, the Noise Canceling Headphones 700 ($419).

One thing that all the reviews had in common is they all mentioned that there is no way to turn off active noise canceling without switching on the “aware” mode that uses the microphones to bring in outside noises. In other words, you can’t just listen to these headphones in a passive mode.

The Verge’s review generally liked the QuietComfort 45, giving it a score of 8.5/10 and praising the noise canceling as well as comfort. Reviewer Chris Welch felt that the noise cancellation rivals that of Sony’s WH-1000XM4 and Apple’s AirPods Max. As for how they sound? Apparently, they sound like Bose QuietComfort 35 II headphones, sticking to a tried and true formula that’s not as bass-heavy as some competitors' offerings. Bose stated it has not attempted to change the sound signature of the QuietComfort 45.

Techradar’s Nick Pino gave the new Bose headphones a 4 pout of 5-star rating and mostly dinged them for missing features, while describing the sound as a mixed bag of “lackluster clarity” but also thinks they are “listenable” in a way that is non-fatiguing. As with other reviews, Nick found these to be among the most comfortable headphones around and was impressed by the noise canceling.

CNET has a positive take on the QC45 giving the new model a score of 9/10. Reviewer David Carnoy was impressed by the noise reduction. This review has the new QC45 coming out slightly ahead of the Sony WH-1000XM4 and Bose's own Noise Canceling Headphones 700, in terms of absolute effectiveness the noise canceling, describing the difference as "a slight edge."

PC Magazine gave these new Bose headphones an Editor's Choice award and a rating of 4.5 out of 5. The reviewer, Tim Gideon, praised these headphones for the quality of the noise-canceling, comfort, of course, but also cited "rich bass and crisp highs" while noting that it may not be what "true audiophiles" are looking for.

WhatHiFi scored the QuietComfort 45 at 4 out of 5 stars and, surprisingly, they do not object to the sound quality! And consistent with the other reviews, they were impressed with the comfort as well as the noise cancellation.

The TechHive review by Jonathan Takiff also went with a score of 4 out of 5 and joins the chorus of praise for the comfort and the effectiveness of the noise canceling. As with other reviewers, he touches on the relatively simple features as well as the toned-down sound signature.

Newsweek had the least enthusiastic take among the reviews that I read. Reviewer Tyler Hayes just didn't see much to get excited about. He appears disappointed by the relatively light treatment that Bose gives the bass frequencies, as compared to the competition. This reviewer thought that perhaps a Sony's 1000XM4 has the superior noise reduction, if only by a little bit while touching on the fact that the Sony headphones have a much larger feature set.

Gone are the days when you can simply make fun of Bose. Although it may no longer be a serious competitor in the passive speaker business, it certainly has strong offerings when headphones. The company competes strongly with the likes of Sony and Apple for buyers with a few hundred bucks to spare on a pair of premium full-sized wireless mice canceling headphones, and that's no small feat.

That it competes so strongly with the design that is essentially unchanged on the outside versus the model replaces, including using the same drivers, is a testament to how much Bose got right to begin with. however, headphones are highly personal, so it's probably worth taking a trip down to your local store and comparing the new Bose to some popular alternatives like the Sony WH-1000XM4 and Bose's own Noise Canceling Headphones 700.