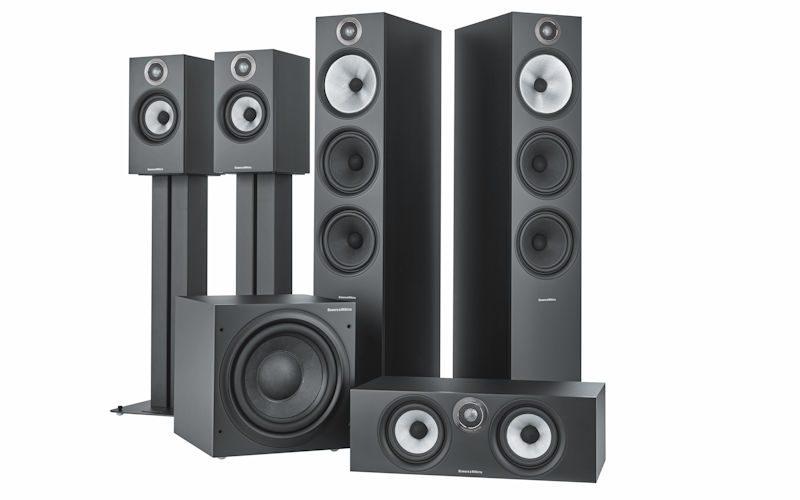 Audio Reviews, Equipment Reviews, Floorstanding Speaker Reviews
Published On: September 2, 2020
We May Earn From Some Purchases Via Affiliate Links

B&W has introduced the seventh generation of its venerable 600 Series, which includes a 5.1 speaker package. Read on for first listening impressions.

The original Bowers & Wilkins 600 Series of speakers was introduced a quarter-century ago and is the company’s bestselling home speaker line. So, needless to say, when the line gets revamped, it catches our attention. The 600 Series Anniversary Edition line celebrates 25 years of production comprising six generations of engineering improvements and the sale of over one million units.

The new 600 Series Anniversary Edition is the seventh generation of the 600 Series and is comprised of four speaker models: the floor-standing 603 S2, the 606 S2 standmount, the 607 S2 bookshelf, and the HTM6 S2 center channel. The company has also released a bundle dubbed the 600 Series Anniversary Edition Theater, a 5.1 speaker package comprised of the 603 S2, 607 S2, HTM6 S2, and a ASW610 subwoofer.


The speakers were securely packed in cardboard boxes with clear instructions on the outside, which made unboxing them a breeze. I installed the base plinth in just a moment using the four bolts and the Allen wrench included in the box. The 600 Series Anniversary edition are available in four finishes: black, white, oak, and special-order red cherry. My review samples were matte black. Connecting the 603 S2s to Naim’s Uniti Atom with Austere speaker cables was a simple task, and then I was able to start my listening.

The 603 S2 speakers are compact for floorstanding towers and have a plain, but modern finish that somewhat belies their shared DNA with B&W’s reference-grade speakers. The new lineup benefits from crossover technology and components used in the more expensive 700 Series Signature range.

That becomes apparent once you sit down for an initial listening session. The midrange had more detail and less coloration than I recalled from the last pair of 600 Series towers I reviewed nearly a decade ago. The 603 S2s also had punchy bass with more weight and extension than I expected given their modest size. Billie Eilish’s “Bad Guy” (via Title) had a solid beat, and while it may not have had the impact or resolution of more expensive, similar-size speakers, the 603 S2s performed very well given their price point.

I will, of course, tinker with positioning and connected electronics before continuing my critical listening, and I need to add the center, sub, and surround speakers to get a good sense of how the 600 Series Anniversary Edition Theater performs as a whole. But my initial impression is that the 603 S2s punch above their weight, both figuratively and literally.