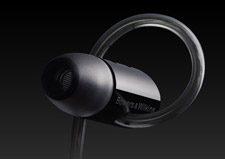 Audio Reviews, Equipment Reviews, Headphone + Accessory Reviews
Published On: August 20, 2011
We May Earn From Some Purchases Via Affiliate Links

Bowers & Wilkins have made an in-ear headphone in the C5, with the hopes that it would live up to the performance of the P5 headphones made by the company. Andrew Robinson takes a listen to see if they do. 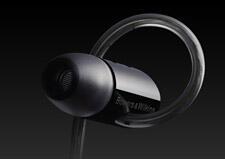 Almost a year ago to the day I received Bowers & Wilkins’ first ever pair of headphones, the P5, which I found to be sonically and aesthetically alluring. In fact, the P5s became my headphone of choice, upsetting my longstanding reference, Bang & Olufsen’s Form 2 headphones. I had two reservations when it came to the P5 and that was its short headphone cable and its somewhat cumbersome design that could feel stiff at times, especially straight out of the box. Well, it’s a new year and Bowers & Wilkins has a new pair of headphones, only this time they’re an in-ear design called the C5. Like the P5s, the new C5 is stunning to behold and looks every bit as good as the rest of the Bowers & Wilkins line of products – but the question that remains is, do they sound good?

The C5 is an in-ear, noise isolating headphone that utilizes what Bowers & Wilkins calls a Secure Loop, whereby a small piece of flexible plastic is bent into a quasi circle around the top of the headphone to help position and secure it inside the ear without having to rely on using the ear canal for support. It’s the C5’s Secure Loop and Tungsten Balance (the C5 is naturally weighted to lean towards your ear) that keep the headphones firmly, but comfortably in place – according to Bowers & Wilkins. The C5 themselves are beautifully crafted, with each headphone finished in a high-gloss black with light grey accents coming by way of the secure loop plastic and Micro Porous Filter located on the outer edge of the C5 itself. The Micro Porous Filter is a system that helps project audio outward – i.e. away from your ears, in order to create a more spacious and open sound experience, which is often difficult to achieve with respect to in-ear designs.

The C5 uses two, nine-millimeter drivers employing Neodymium magnets giving it a reported frequency response of 10Hz to 20kHz with an impedance of 32 Ohms and a rated sensitivity of 118dB. The C5 weighs a scant 20 grams (0.7 ounces) and comes equipped with a 3.5-millimeter stereo mini jack on the end of its nearly four-foot cable. The C5 is iPhone compatible, meaning you can adjust your music’s volume as well as take incoming calls via your iPhone without having to remove the C5s, thanks to their MFI remote and microphone. The C5 ships with several different ear tips allowing you to get a more comfortable fit as well as passively block out ambient sounds. The C5 also comes standard with two airline adaptors though it does not come standard with a quarter inch adaptor, which is a little odd, though it does come with a small quilted pouch in the spirit of the P5 headphones. All this luxury and performance can be had for $179.95, which isn’t cheap but compared to the competition is very competitive.

In terms of performance the C5’s are quite impressive, possessing a more neutral and agile sound than the already stellar P5 headphones from Bowers & Wilkins. There is an openness to the C5’s sound that is infectious and surprising given that they’re an in-ear design. The fact that the C5’s can “breathe” is very apparent and one of the factors that contributes so much to its uncolored sound. Dynamically the C5 is, again, on par with the larger P5, though I feel they have a touch more clarity throughout the midrange and high frequencies, though the P5s possess more weight and can play louder. Speaking of bass, the C5s are rather impressive provided you’ve chosen the right ear tips and have a proper fit. You’ll know immediately if you’ve gotten everything right, for if the C5 sounds hollow and metallic, then you’ve done something wrong and need to adjust their fit within your ear. The C5’s ability to faithfully capture every nuance and detail even when presented with a fair amount of ambient noise is impressive to say the least, considering they do not employ any active noise cancellation technology. A caveat that I have about the C5 is that it doesn’t take much to overpower the small drivers when it comes to bass, evident in my demo of the bass-heavy track “Say It Right” from Nelly Furtado’s album Loose (Geffen). Keep the volume within reason and you’ll be rewarded with solid bass response and a smooth uncolored midrange mated to an airy top end that begs belief, though push your luck and the C5’s sound will go ugly early.

Generally I don’t like in-ear headphones, not because of their sound but because I feel most of them are uncomfortable, which is not the case with the C5s. I found the C5s to be very comfortable in their stock configuration, able to be worn without fatigue for lengthy periods of time. Bowers & Wilkins’ Secure Loop design works like a champ, making the C5 one of the most comfortable in-ear headphones I’ve ever worn. I’m sure custom fit/molded in-ear headphones may edge out the C5 in terms of absolute comfort but those not looking to take their love of music to such extremes should definitely check out the C5 headphones.

Read about the high points and low points of the Bowers & Wilkins C5 on Page 2. 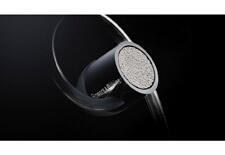 High Points
• The C5’s fit and finish is first rate and once again showcases Bowers & Wilkins’ attention to detail and unprecedented knack for beautiful industrial design.
• The C5 headphones are quite comfortable and are able to be worn for lengthy periods of time without fatigue.
• The C5’s passive noise isolation works nearly as well as some active noise cancellation designs I’ve come across.
• The C5’s sound is largely neutral and surprisingly weighty throughout with tremendous texture and air.
• The C5’s sound is more open than most in-ear headphones, giving it a more dimensional soundstage and allowing for individual elements, such as vocals, to be rendered more clearly.

Low Points
• The C5’s attached cable is way too short; I was unable to plug in the C5s to my Mac Pro tower (which sits at my feet) and type comfortably without hunching forward. When plugged into my iPhone and with my iPhone placed securely in my pocket, the C5’s cable was adequate but that limits things a bit.
• It doesn’t take much to over drive the C5’s tiny drivers. If you’re a head banger or listen to a great deal of hip-hop at full tilt then I suggest you look elsewhere. If you can keep things in perspective the C5s will reward you handsomely.
• I appreciate the C5’s included carrying case but I couldn’t for the life of me figure out how the internal “mount” was supposed to work. I wish there was a way to get rid of it so that the C5s fit better in their own carrying case.

Conclusion
At $179.95 retail the Bowers & Wilkins C5 In-Ear Headphones are another hit bringing their batting average to a thousand. The C5 headphones are as beautiful to look at as they are to listen to, not to mention their unique construction makes them among the most comfortable in-ear headphones you’re likely to find outside of the custom realm. If you don’t throttle the volume too much and take the time to get the proper fit, the C5 headphones will reward you with a decidedly audiophile grade performance that has to be heard in order to be believed.