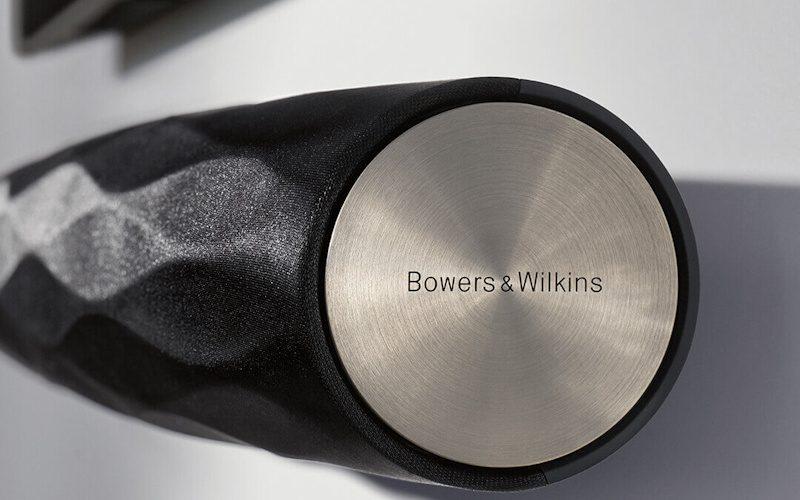 In my time covering the CE industry, I've had the pleasuring of reviewing many of the top-performing soundbars in the market, and yet, there's no question that the Bowers & Wilkins Formation Bar and Formation Bass combo delivers the best... 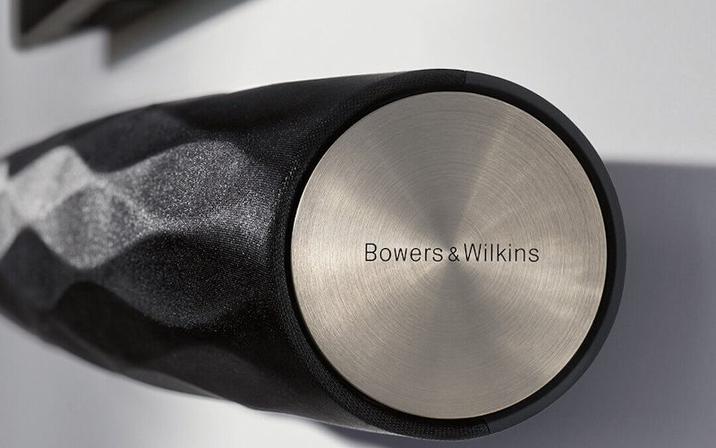 In my time covering the CE industry, I've had the pleasuring of reviewing many of the top-performing soundbars in the market, and yet, there's no question that the Bowers & Wilkins Formation Bar and Formation Bass combo delivers the best sound I've ever heard in a 2.1 or 3.1 soundbar system. That said, given their price tags--$1,199 for the B&W Formation Bar and $999 for the B&W Formation Bass subwoofer--it wouldn't be out of line to ask if these new wireless AV offerings are worth the considerable coin the company asks for them.

It's a classic conundrum in luxury goods. Is a $25,000 Rolex worth it when a $25 Timex will keep similarly accurate time and require far less maintenance? Is a pair of Nike Air Zoom Kobe 1 sneakers worth $30,000 when you can buy a pair of equally comfortable Skechers for $50 or $100? Is a $122,000 BMW M850i Convertible worth $77,000 more than a Mustang GT Premium Convertible considering both delivers comparable, sun-drenched driving excitement. Value, like beauty, is in the eye of the beholder. That's true whether you're talking about watches, shoes, automobiles, or audio equipment. Yes, people pay for performance, but they also pay for panache and prestige.

Bowers & Wilkins (B&W as they are known to those of us who have been around long enough) have been delivering performance, panache, and prestige for half a century. Countless reviews of B&W speakers extol their performance. Their styling can be quirky, but that quirkiness has also garnered plenty of design awards too. If you needed additional proof of pedigree: automakers such as BMW, Maserati, and McLaren wouldn't license the Bowers & Wilkins name if it didn't carry some heft. The fact the company's speakers are used at Abbey Road Studio only adds to the audiophile mystique. It is fair to say that Bowers & Wilkins is one of the loftier brands in the world of specialty audio, but with the Formation lineup, they're playing around in somewhat new territory.

The Formation Bar and Formation Bass deliver exceptional performance, in a package that's both modern and mid-century influenced. They are part of a new wireless ecosystem that B&W calls the Formation Suite. Jerry Del Colliano reviewed the Formation Wedge wireless speaker. Andrew Robinson, one of our top reviewers and enthusiasts of all things wireless, delved into the allure of a Bowers & Wilkins Formation Duo system, which has a form factor somewhat similar to, say, the B&W 800 series bookshelves. He also covered the Bowers & Wilkins Formation Audio box, which allows you to turn more traditional audiophile products into wireless audiophile systems. So, with this review of the Bar and Bass combo, we'll have covered the entire Formation Suit.

The Formation ecosystem is noteworthy in that it allows one to connect one or many audio products/speakers via a robust and reliable proprietary mesh network. The system is designed for simple setup and provides high-resolution 96kHz/24-bit audio streaming and synchronized sound to all the speakers on the network. If I had to describe the setup of the Formation Bar and Bass, that word would be: simplicity. The setup instructions are essentially 15 words (16 if you count the ampersand): "Download and open the Bowers & Wilkins app. Turn on your Formation device. Follow the prompts." The app reminds you to turn on Bluetooth on your phone and plug in the Formation Bar and Bass if you haven't already done so. It then identifies them via Bluetooth and enables you to connect the system to your home network. The Bass syncs wirelessly and automatically to the Bar once both components are on the network. That's all there is to it. Unlike most other soundbar/subwoofer setups, there's no need to link the Formation Bar and Bass; the app will do it for you. The app also enables you to assign a location name ("Media Room" for example) and provides sliders for volume, bass, and treble. You also can easily configure the Formation Bar to work with your universal or TV remote's volume control. You set that up through the app, too.

The only other setup step is connecting the included Toslink cable from a TV's optical audio output to the input on the Formation Bar. Other than an Ethernet port, which seems superfluous given how well Bowers & Wilkins's mesh wireless network performs, you won't find any other inputs on the Formation Bar. Its lack of an HDMI port is puzzling, given that the bar is aimed at the home theater market. No HDMI means no hi-resolution Dolby TrueHD or DTS-HD.

It also means no Consumer Electronic Control (CEC). The Formation Bar partially compensates by not needing to be turned on or off. Instead, it automatically enters a sleep state when no input signal is detected for a while and wakes up when it receives one, whether that be through the optical cable or an AirPlay-compatible streaming source such as Spotify or Roon.

It would be nice to have more onboard streaming options, specifically Chromecast. But my biggest concern about the Formation Bar's operation is that it behaves like Rip Van Winkle if it isn't used for several days. It enters a deep sleep state that drops the volume to 10 percent, where it remains until you change it with the app. Cranking the TV remote's volume to max will barely have any effect until you raise the master volume with the app. You won't run into this problem if the Formation Bar is used daily or even every few days. But remember to have your phone or tablet containing the Formation app handy when you sit down to use the Bar after a vacation. This is more of an inconvenience than a technical issue, and there's actually a very good reason for it. Both the Formation Bar and Bass are prodigious powerplants, delivering up to 240 and 250 watts of audio excellence, respectively. But in sleep mode, each consumes less than six watts. That conserves energy and extends amplifier life in these components, which lack conventional on/off switches.

The large and tapered (48.8 inches wide by 4.3 inches high and 4.2 inches deep at its center, with a weight of 12.1 pounds) Formation Bar's power comes from six 40-watt amplifiers. The Bar contains nine drivers: six 2.5-inch midrange/bass cones and three one-inch double-dome tweeters. They're grouped to deliver three discreet channels of audio with a frequency response rating of 40Hz-28kHz. The Formation Bass, which could pass for a miniature whiskey barrel designed by Bulgari or Piaget, weighs 26.7 pounds and measures 17.3 inches wide, 9.2 inches high, and 9.3 inches deep. It features a pair of opposed 6.5-inch, long-throw drivers. The design is intended to eliminate distortion--which it did remarkably well--and the Bass has a frequency response rating of 20-150Hz. The Formation Bar and Formation Bass delivered performance befitting their elegance, price, and manufacturer's reputation. I was impressed with the ease of setup and operation even before the components delivered their first audio notes, and became absolutely enamored with them afterward. The Bar and Bass melded perfectly without any crossover settings to tweak, and the system provided an expansive soundstage while delivering pinpoint imaging and crystalline clarity with both vocals and instruments.

Listening to the opening harmonies of "Because" on the Compact Disc soundtrack from The Beatles Love album was mesmerizing. Closing my eyes, the presence and spaciousness of the music transported me to the Cirque Du Soleil theater at the Mirage in Las Vegas, where I first heard George and Giles Martin's reimagining of the song. All the other music I auditioned sounded similarly great. B&W's soundbar system will not disappoint music-lovers.


Movie lovers might wish for surround sound but there's nothing else about the Formation Bar and Bass that will leave a movie enthusiast truly wanting. The powerful system filled my 25- by 16-foot room with enough audio impact to satisfy even the most avid action film fan. Explosions and crashes during Mission: Impossible--Fallout felt concussive yet clearly defined enough to avoid sounding like they occurred in a cave.

Other effects were rendered with the same clarity and expansive soundstage as music. And even subtle dialogue came through crisp and clear, as you would expect from audiophile components.


If you're looking for a direct competitor to B&W's Formation Bar and Bass, please let me know when you find one. I'm not aware of any other high-end, audiophile-grade soundbars that deliver this level of connectivity with this much style. The closest competitors may be Sennheiser's AMBEO 3D 5.1.4 system ($2,500). GoldenEar's SuperCinema 3D Array XL ($2,500 with optional subwoofer, plus however much you want to spend on amps) and Yamaha's YSP-5600 ($1,950 with optional subwoofer) are also in the conversation. Perhaps MartinLogan and Paradigm's latest Play-Fi-based soundbars compete, too, at a much lower price point?

Conclusion
Summing up Bowers & Wilkins' Formation Bar and Formation Bass brings us full circle to the question posed at the top of the review. The Bowers & Wilkins Bar and Bass are unequivocally amongst the best conceived, superb sounding, and elegant soundbar systems money can buy. The product isn't perfect in its first generation, but it does so much right, looks so good, and sounds so much better than anything else that I've heard in the category that it is hard not to heap praise on the pairing. If you've got the cheese to afford such a setup, prepare for an audiophile experience paired with world-class good looks and super-simple ease of use, and that isn't a description you've ever heard us use to describe many soundbars.