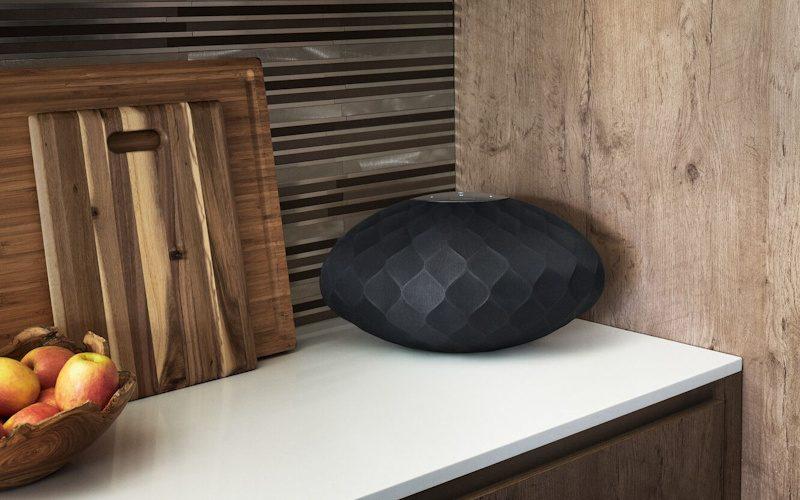 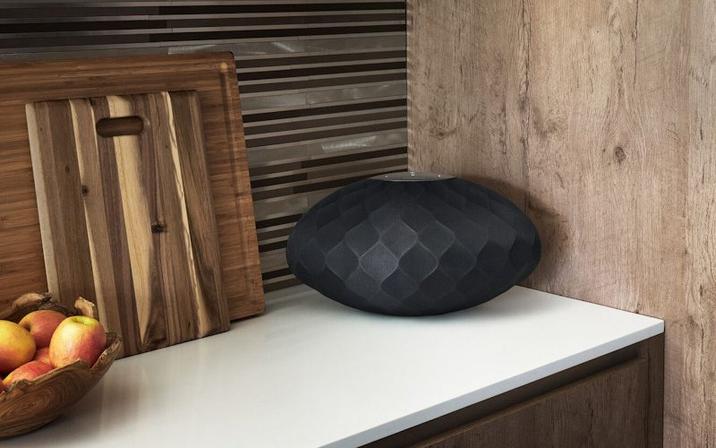 If you are an avid reader of HomeTheaterReview.com or an audio/video enthusiast at even the most basic level, Bowers & Wilkins is a brand that will resonate with you. The company's legendary 800 series speakers grace the mastering labs at Abbey Road Studios. Its iconic Nautilus speakers are amongst the most lauded industrial design projects, not just in the audiophile space, but in the world. B&W automotive speakers grace the likes of Jaguar, Volvo, McLaren, and others. But what if you can't pop for a McLaren or a pair $30,000 800 Diamond speakers? Don't worry; Bowers & Wilkins has you covered. Well covered.

The Bowers & Wilkins Formation Wedge is a small speaker--about 10 inches high and deep, and just over 11 inches wide--that one might wrongly call a Bluetooth speaker. Yes, you can connect it via Bluetooth (AptX HD), as well as AirPlay 2 and other wireless means, but don't call it a "Bluetooth speaker." Instead, think of it as a genuinely audiophile-grade, Roon-capable all-in-one speaker that can accept 96/24 HD feeds and music from your phone/tablet/PC, and also serve as one of many endpoints in a larger wireless multiroom audio system.

Keeping line with the company's tradition of ground-breaking industrial design, the Formation Wedge is nothing short of eye candy. It is a 120-degree semi-elliptical wedge that looks a bit like a large Trivial Pursuit piece. The grill cloth is pulled tightly over a honeycomb looking frame that gives the speaker a mid-century 1950s feel.

The Hookup
Setup of the Bowers & Wilkins Formation Wedge is a breeze using the B&W Formation App. My iPhone X found the Wedge and asked me to name it, a necessity since numerous Formation devices can be networked throughout the home, much like a Sonos system. I found my wireless network (no small feat in my current, double-19-story condo building) and got connected using Airplay to my Apple Macbook Pro. That's it. From the box cutter slicing into tape to rocking out on some Pink Floyd might have been five minutes, tops. It doesn't take long for you to realize that this all-in-one speaker isn't like other speakers in its class. First of all, this sucker images like a banshee. From one single speaker, you get an even-toned, beaming, audiophile-grade soundstage. Tell me if you've ever heard a speaker in this category do that before? I haven't. And it plays loudly, too. Far more loudly than I could ever justify in my current living conditions.

First impressions were pretty positive; however, as you might expect, a speaker of such diminutive size can't output the very deepest registers of bass. Don't get me wrong: its low-frequency output is surprisingly good for a cabinet so small, reaching down to a reported 35 Hz. And that may be fine for most listeners, but I wanted to That's where the somewhat pricey $999 Bowers & Wilkins Formation Bass comes in. This add-on cabinet is a compact, barrel-like subwoofer that does in fact go pretty low. Pairing the sub with the speaker took even less time than original setup. One tweak in the settings section of the app gave me the opportunity to match levels, and I was soon rocking a full-range audio experience designed for the new school and a whole new generation of clients.


I cued up the recently released Prince album called Originals, which includes Prince performing original songs that he bequeathed to some of the biggest artists of the late 1980s and into the 1990s, including Sheila-E, Sinead O'Connor, Kenny Rodgers, and so many others.

On the smash hit "The Glamorous Life," the new mix was pretty engaging with The Purple One doing the lead singing. The production value wasn't as tight as the Sheila-E track, nor does it come with the raucous percussion, but it is a pretty cool cut nonetheless. On the Formation, the CD-quality 1440 AIFF rip sounded smooth and open, with really nice imaging.

On "Touch Me," from The Doors' album The Soft Parade, I couldn't help but be impressed by the depth of the horn arrangements layered neatly behind Jim Morrison's deep, rich voice. The age of this recording did nothing to keep me from enjoying every note.

I gave the Bowers & Wilkins an unusual torture test at very high levels with "Sober," from Tool's grungy-ass Undertow record. Talk about a build-up. Deep bass pulsates from the Formation Bass while vocals present themselves in ways that you'd expect from $1,000-plus floorstanding speakers.

The Formation Wedge never sounded bright, shrill, or weak--even when pushed hard. Simply put, as with everything I threw at it, the system deliver audiophile grade performance even when pumping out decidedly non-audiophile music.


Devailet's Classic Phantom speaker is cool-as-hell looking but priced at nearly $1,700 on Amazon, with fancier finishes costing upwards of $3,000 for a single wireless speaker. I've heard these speakers briefly, and they are very good, but I am not sure they image as faithfully as the Bowers & Wilkins. User reviews also point to some potentially troubling reliability and build-quality issues. They do seemingly have more bass energy output from the single speaker, however.

While not quite on the market yet and priced well below the Bowers & Wilkins Formation Wedge, the $279.99 Cleer Space has a cool, round industrial design, but isn't in the same space as the B&W in terms of overall luxury appeal.


Although not my favorite B&O design, the circular Beoplay A9 fourth generation speaker at $3,000 could be considered lifestyle speaker competition for the B&W Formation Wedge.

KEF's LS50 has gotten a lot of editorial love and has a unique look that I like, with copper colored drivers and more off-beat colored speaker cabinets, but they still look a lot like studio monitors when the B&Ws, B&O, Cleer and others look more out-of-the-box. If you are going this more traditional direction, I would look to SVS' Prime Wireless as a more traditional looking form factor, great sounding wireless bookshelf speaker, but it competes more with the Bowers & Wilkins Formation Duo speakers, which are super-cool looking albeit a lot more expensive than the SVS options. The Duos are being reviewed soon, as is the Formation Bar. Stay tuned.

Conclusion
Great design paired with fantastic sound makes the Bowers & Wilkins Formation Wedge one of the best compelling single-speaker solution that I've ever heard. Perhaps more importantly, its deft mix of audiophile sound and innovative form factor is exactly the sort of combination we need to appeal to younger and more mainstream consumers and woo them into the love of great sound.

If you are an audiophile in need of a wireless solution, the Bowers & Wilkins Formation is a must-hear product. If you have a young person in your life who you would love to get involved in the art, science, and passion of great sound reproduction, this could also be a $899 well spent.

Make no mistake: this is no normal single wireless speaker. The Bowers & Wilkins Formation Wedge (especially when paired with the Formation Bass) turns your phone, laptop, or tablet into a legitimate starter audiophile system. Bravo. And by the way, B&W: you can't have the review samples back. The check is in the mail as I am keeping this system for my condo and pending new home.