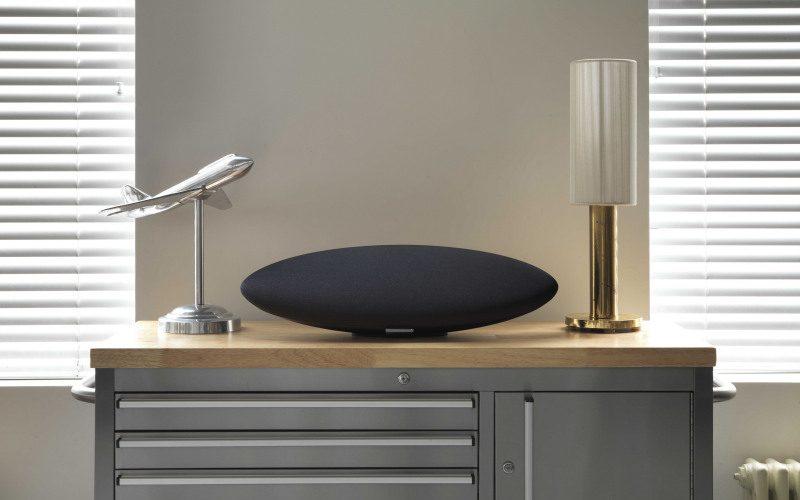 Bowers & Wilkins is a special name in the audiophile community; this is due to the company's uncanny ability to combine stellar sound quality with artful aesthetics--something other manufacturers often strive for and miss. Typically, when Bowers & Wilkins enters... 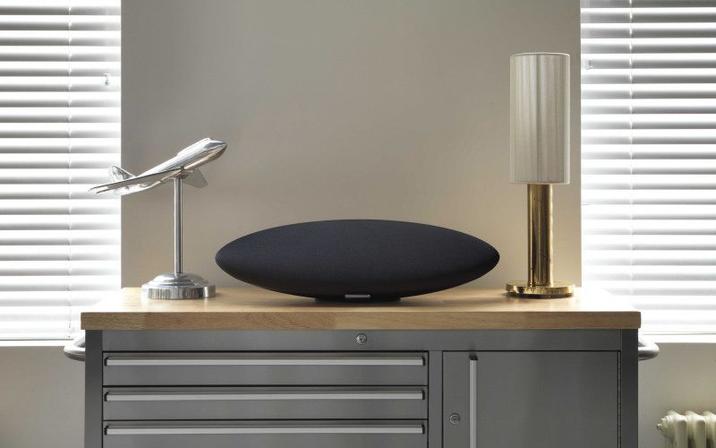 Bowers & Wilkins is a special name in the audiophile community; this is due to the company's uncanny ability to combine stellar sound quality with artful aesthetics--something other manufacturers often strive for and miss. Typically, when Bowers & Wilkins enters a new product space, there's a bit of a shakeup. A good case in point would be the company's first foray into the soundbar realm (roughly six years ago), which came in the form of the Panorama. To this day, it stands as one of the top three soundbars I've heard. The company did the same thing in 2006 with the launch of the original Zeppelin speaker. Shaped, not surprisingly, just like a blimp, it turned heads for its funky design but even more so for its unrivaled sound quality.

Flash-forward nine years, and you have the latest version, the Zeppelin Wireless, which retails for $699 and features Bluetooth, Apple AirPlay, and Spotify Connect. In terms of tech specs, the Zep features two one-inch double dome tweeters, two 3.5-inch midrange drivers, and one six-inch subwoofer. Also, each driver gets its own amp: 25 watts each for the tweeters and mids and a 50-watt amp for the sub. In terms of size, you're going to need a bit of space, as the Zeppelin is just over two feet wide, 7.5 inches high, and just over seven inches deep.

In terms of sound quality, the Zeppelin should please even the most discerning of audiophiles. For my first listening session, I went with an astute suggestion from my mom and fired up Gato Barbieri's "Europa" from his 1976 album Caliente! The horn play sounded rich and visceral, on a level that really was shocking, especially given the fact that I was listening to a portable speaker. Of course, the soundstage and imaging suffered compared with what you'd get with a dedicated system and a good pair of speakers, but not catastrophically...and certainly not to the point of diminished enjoyment.

I found the sound to be remarkably balanced and the bass to be surprisingly deep. I also made a point to move around the room quite a bit, in an effort to mimic a real-world listening scenario. While the sound quality did degrade the further I moved from the sweet spot, the Zeppelin capably filled my 400-square-foot listening room with music. That said, I did have to push the volume a bit, but the Zeppelin delivered.

Moving on to something more hard-driving and current, I played "Madness" by Muse, from their album The 2nd Law. This is a challenging song for an audio system, as it features deep bass and raw guitar play. The Zeppelin handled it well, delivering engaging yet balanced playback.

My last listening session featured Eric Hutchinson's "All Over Now" from his album Sounds Like This (Warner Bros). Okay, in order to provide context, let me explain that I was streaming this song (thank you, Apple Music) via Bluetooth from my phone. Despite the lossy connection, I found the track to be engaging and the level of transparency to be exemplary, especially given the inherent technological challenges of wireless streaming and a compact enclosure.

In doing a bit of Bluetooth-versus-AirPlay A/B testing, I found the music to be much more open and engaging with AirPlay, obviously due to the fact that it's lossless. AirPlay also rides on your wireless network, so your range will likely be much better than with Bluetooth. That said, it's great to have options, and sadly not everyone is an Apple person. Speaking of Bluetooth, it's worth noting that the Zeppelin will allow the connection of up to eight devices, perfect for families and/or parties where DJ duties are being shared.

High Points
The Zeppelin Wireless has exceptional sound quality compared with other speakers in its class.
• This speaker is beautifully and artfully designed.
• It has flexible connection and playback options.
• The Bowers & Wilkins Control App is well designed and intuitive.

Low Points
• The speaker's larger size could be problematic for those with limited space.
• The status light can be confusing.

While wireless speakers are now ubiquitous, wireless speakers with this type of sonic signature are a rare breed. In fact, I can't say that I've actually heard a wireless speaker that's the sonic equal of the Zeppelin. That said, one manufacturer delivering a strong entry to the party is Denon. The HEOS 7 is the company's most comparable offering to the Zeppelin, and it's priced $100 cheaper at $599. While I haven't heard the Denon, its specs are similar to the Zeppelin's, in that it features five drivers and five dedicated amps. Another strong player in this realm is Sonos, specifically the new Play:5, which retails for $499, is compatible with all the major music streaming services, and has been well reviewed. If the aforementioned speakers are simply beyond the reach of your budget, then I'd suggest Bose, whose wireless speakers deliver solid sound quality and decent bang for the buck.

Conclusion
Why are soundbars and wireless speakers so popular these days? Sure it's about simplicity, but it's also about convenience. Why do people listen to music from the speaker in their phone? Because it's at their fingertips...it's a single button push. Only audiophiles want to take the time to ensure that what they're listening to sounds the best it possibly can at all times. With the Zeppelin, Bowers & Wilkins has made strides in terms of bridging this gap. The Zeppelin sounds incredible, regardless of what you're feeding it. You can improve the experience by ensuring you're using the best possible connection and the highest resolution track, but for the person who simply wants to push a button and have it sound great, the Zeppelin delivers.

Is it for everyone? At $699, the answer is certainly no. But if you can afford it, you'll be rewarded. Put simply, it's the best-sounding wireless speaker I've heard to date.