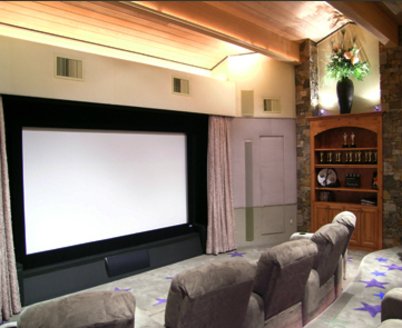 Santa Clara, California based Tailored Technology is a family owned business with a long history beginning in 1925 when the industry was "Radio". The current president is Eric Hudgens who is one of the four generations in the family business. During the Sixties and Seventies the company was headquartered in Nashville. The core business was professional sound at that time. Eric and his grandfather Carl provisioned many prominent musicians including Johnny Cash, Eric Clapton, The Rolling Stones, Roy Acuff, Led Zeppelin, Jerry Lee Lewis, Moby Grape, The Turtles, The Charlie Daniels Band and many others. Eric's interest turned to home entertainment electronics during engineering school. He brought his skills to California in 1973 and remains in that business in Santa Clara county. Tailored Technology has received the highest awards for "Best Home Theater" and "Best Sound" in the audio press. The company offers commercial and residential A/V and control system installation, manufactures Audreal high end audio components and distributes S.O.t.M and Xindak in North America.