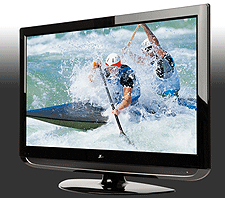 One of the pioneers of television, Zenith started as a radio producer in 1918, and went on to develop some of the television industry’s most notable inventions, including the wireless remote control and flat screen CRT picture tubes, and helped to create the HDTV standard in 1993 that eventually led to today’s HDTV. Zenith even pioneered the first versions of digitalHDTVs. But Zenith began to lag behind its competition in the late 1990s, leading LG Electronics to acquire the company in 1999. The brand remains a marginal player in the market, despite a contemporary swatch of products. Some notable products include their 1080 LCD HDTVs that tend to be designed for the smaller HDTV market. For more information about Zenith and to get involved in a vibrant home theater and HDTV community – check out hometheaterequipment.com. More industry insight and consumer how-to articles can be found at HDTVetc.com which is a daily home theater blog.
www.zenith.com