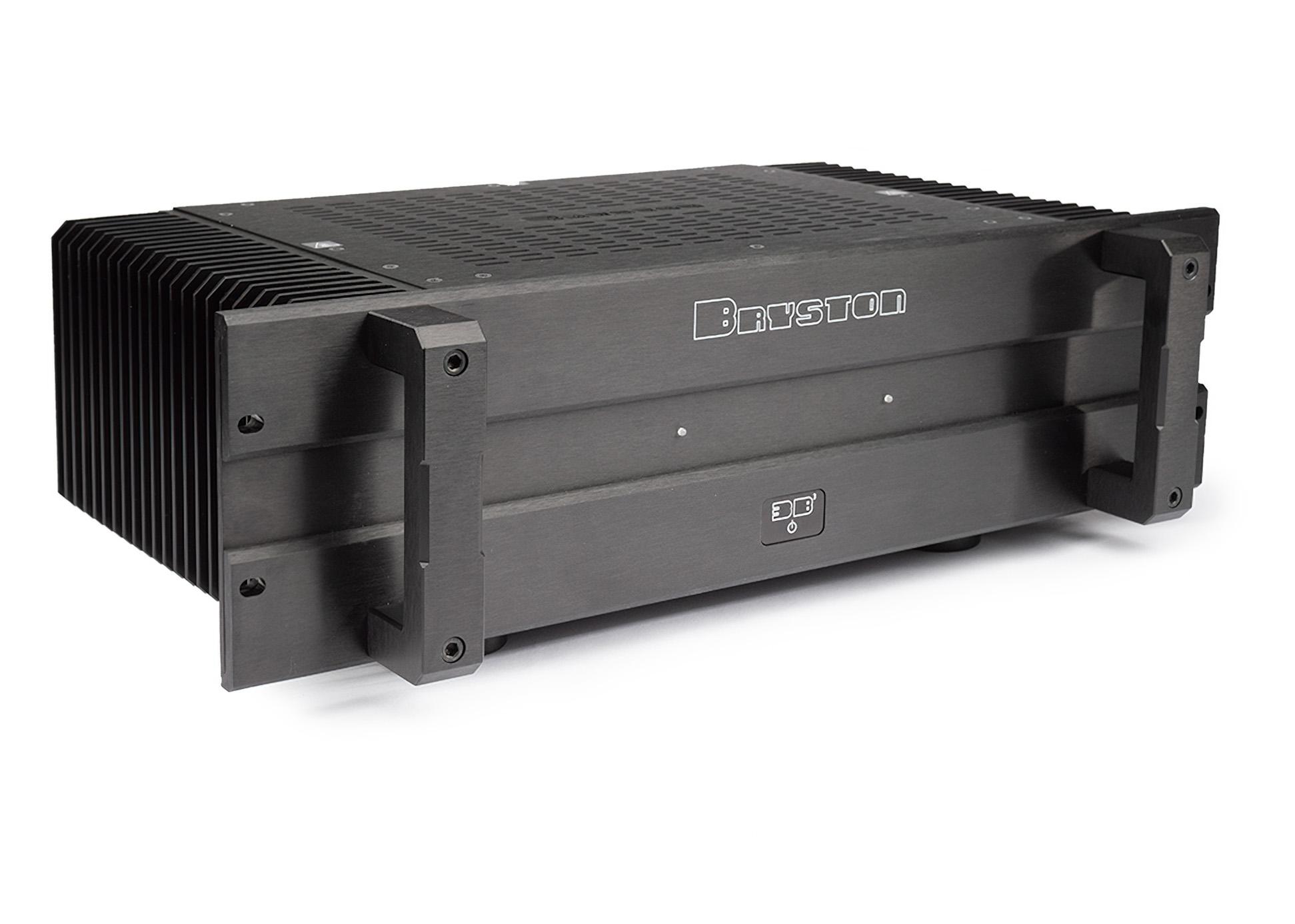 Amplifier Reviews
Published On: March 6, 2022
We May Earn From Purchases Via Links

This relatively compact and unassuming amplifier was asked to fill some big shoes. I was curious to see how this much less expensive amplifier from an unpretentious manufacturer would compare. 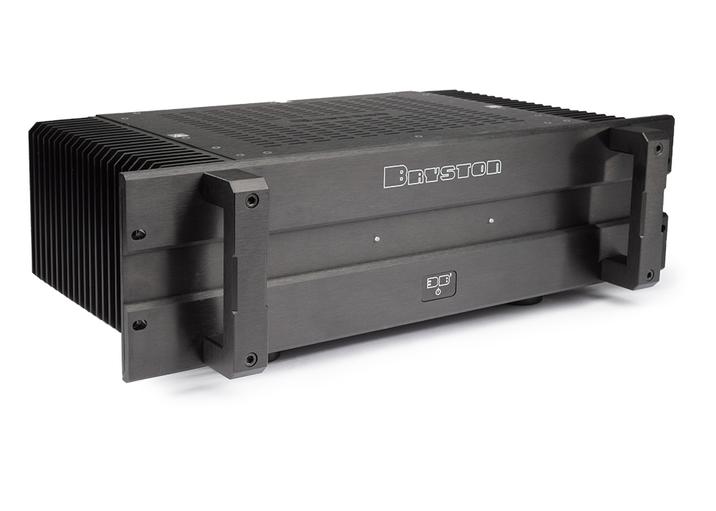 I am slated to review a Bryston surround processor and amplifier system, so when I found myself short an amplifier, I asked the kind people at Bryston if they could send one of the amplifiers over early. In response. Bryston sent over the 3B Cubed Dual-Mono amplifier ($5,795).

The 3B Cubed arrived in a relatively compact and lightweight box. When I opened the box, I found a 17-inch wide, 8.1 inches high and 10.75 inches deep, and 35-pound amplifier. The front panel is a thick, milled piece of aluminum with a beaded silver finish. Brushed black is also available. Horizontal, accents flank a central panel that contains the power button and status lights under an engraved Bryston logo.

The back panel has two pairs of five-way binding posts, single-ended and balanced inputs, 12-volt trigger input and output, and IEC power inlet, all pretty standard. There are also three small toggle switches to select between the inputs, between mono and stereo, and two-position gain control (23dB or 29dB gain). The pro models add adjustable gain control as well as a rack-mount faceplate with handles.

The compact 3B Cubed is rated by Bryston at 200 watts per channel into 8 ohms, 300 watts per channel into 4 ohms, or 500 watts into 8 ohms when bridged to a single mono channel. Like the rest in the “Cubed” line, this amplifier features Bryston’s new patented “Salomie” input circuit designed by Dr. Alexandru Salmoie which, according to Bryston, is precisely optimized and linear beyond any of their prior designs.

The Salomie input circuit has been paired with Quad-Complementary output topology which has been in use by Bryston for decades. This topology is said to improve linearity while virtually eliminating aggressive higher harmonic distortion byproducts and mimics the distortion characteristics of a Class-A design, but at lower levels. The dual-mono configuration differs from a traditional stereo design in that each amplifier channel has its own fully independent power supply with a separate transformer.

I listened to the Bryston in multiple systems with different preamplifiers and a variety of speakers including the Focal Kanta 3s, the JBL HDI-1600s, the Revel F328Bes, and RBH SVTRs. The Bryton 3B Cubed was remarkably neutral and dynamic in each combination. I had faint recollections of prior Bryston amplifiers having a bit of solid-state grain or glare, none of that was present with the 3B Cubed.

Listening to Scala & Kolacny Brothers’ cover of Radiohead’s “Creep” on their self-titled album (Atco, Tidal) the layering of the individual voices of the female choir was easy to pick out. Both the voices and piano sounded natural with a well-defined sense of space coming close to, but not quite matching the much more expensive Krell FBI.

While the Focal and Revel speakers have some challenging impedance dips the Bryston never changed character, no compression, no warning lights at listening levels that were borderline uncomfortable. The Bryston came much closer to the Krell with regard to dynamics and refinement than their price difference would suggest.

• The 3B Cubed rendered a detailed and neutral presentation.

• Bryston has a well-deserved reputation in the industry for reliability, a desirable trait when spending hard-earned funds.

• The 3B Cubed’s noise floor was extremely low letting micro-dynamics and nuances shine through while providing plenty of power for explosive macro-dynamics.

• The 3B Cubed acks that last tiny bit of resolution of the best amplifiers I have been fortunate to hear.

• The binding posts are sturdy, but their shrouds may not work with some audiophile spade connections.

The comparably priced Parasound JC-5 ($6,000) is 400 watts per channel and is bridgeable. I have not heard this particular amplifier but have listened to other amplifiers in the line and recall them as being in a similar performance band with the Bryston. ATI is another company that is often discussed as a great bang for the buck amplifier company. Their ATI AT-6002 ($3,995) 300 watts per channel and, when we reviewed it our jaded reviewer was impressed, saying it might be the best bang for the buck. While we have not reviewed it, there is also a 200 watt per channel, the AT4002 ($2,995).

Some of my industry friends had previously described Bryston amplifiers as reliable but with some harshness and glare on the top end. I am happy to say I did not hear anything that could be described as glare or high-frequency harshness, even on the revealing Beryllium tweeters of the Revel or Focals.

Bryston’s 3B Cubed amplifier balances brawn and precision to provide a balanced, natural presentation while not shying away from dynamics. The low noise floor and micro-dynamics helped create a realistic, multi-layered soundstage. I appreciated the compact chassis which allowed many placement options, and the milled aluminum faceplate is stylish enough to be proudly displayed.