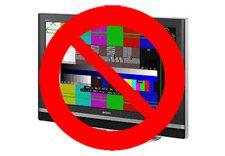 Our modern HDTVs can do so much. Why then do they have so many picture settings and need calibration to perform at their peak performance. Andrew Robinson makes the case that they shouldn't have to. I recently bought a new HDTV in the form of a Panasonic P50GT30 3D plasma to replace my aging Samsung 40-inch LCD HDTV, which has since been moved into my bedroom system. My Samsung was getting a bit long in the tooth despite being the top performing set of its day, complete with first generation 120Hz motion processing and what I thought, at the time, were solid calibration controls. Upon firing up my new Panasonic I learned that not only were my Samsung's picture controls antiquated but so was the idea of needing to calibrate one's HDTV display in the first place.

Let me start by saying this: it's not that I believe calibration is bad, I just think that the fact that it is even an issue in today's modern HDTV landscape is absurd. Having to and/or expecting consumers to calibrate their own displays after spending good money on them is akin to a consumer buying a new car and then making them install the fuel lines before being able to drive off the lot. Sure, there are those who would probably welcome the opportunity to tweak their cars before taking delivery and I'm sure those folks are rolling their eyes at the suggestion of not being able to do the same to their beloved HDTVs, but like Carly Simon said, "This song ain't about you."

The simple fact remains that the idea behind having to use a special disc and/or hire a professional to extract the most from your HDTV is silly. Furthermore this has to be frustrating - when you read about how wonderful a particular HDTV's picture is only to realize that unless you hold a degree in bullshitology and/or have the patience and understanding of the Dalai Lama, that you're not going to be able to enjoy the same picture quality you've read about? Or worse, you will only be able to achieve the same picture quality AFTER you've shelled out more money? Is this a positive consumer experience or a stick-up?

Now I know many of you are probably saying: Andrew, my HDTV has ISF and or THX picture settings. Great, except for the fact that it seems even those special picture modes often require tweaking in order to be considered truly calibrated. Really!? It's true, for your display's ultimate picture quality has as much to do with the display as it does your environment, not to mention personal visual taste. Because the environment is such a factor -that and most manufacturers care more about selling super bright HDTVs versus calibrated ones -many manufactures now offer automated technology designed to adjust your display's brightness and/or contrast to combat changes in the viewing environment. Other companies such as Bang & Olufsen take it a step further by actually including an automated light meter in some of their high-end HDTVs that will, for lack of a better description, take your room's "temperature" and adjust the picture accordingly. But does that mean your HDTV is calibrated? Sadly, no.

Now, organizations such as ISF endeavor to simplify the technical and make issues of proper calibration more commonplace by offering products and training to anyone who will listen, but they're fighting an uphill battle for the majority of HDTV consumers will rarely switch their newly purchased HDTVs from their default settings, which sadly are often in dynamic mode.

This is precisely why I believe calibration shouldn't be a choice, for if sayings such as, "The way the director intended" are to hold up, then our HDTVs should simply be calibrated out of the box, end of discussion. There shouldn't be such a thing as a calibrated image; it should just be THE image. Settings like dynamic or stage should be stricken from the options list, for if consumers weren't exposed to them a properly calibrated image wouldn't look so "dull" and "lifeless" in comparison - two words that simply kill anyone's enthusiasm for an HDTV. And don't tell me it can't be done because it can, even if the calibration mode is based on a theoretical ideal preprogrammed for an environment such as a manufacturer's test laboratory, it would still be better than what we have. And if you're one of those who claim that even ISF and/or THX settings aren't good enough, or merely a jumping off point; by all means geek out on your custom modes. But the idea behind having to do additional work to one's HDTV in order to achieve a properly calibrated picture is an idea as antiquated as CRT.