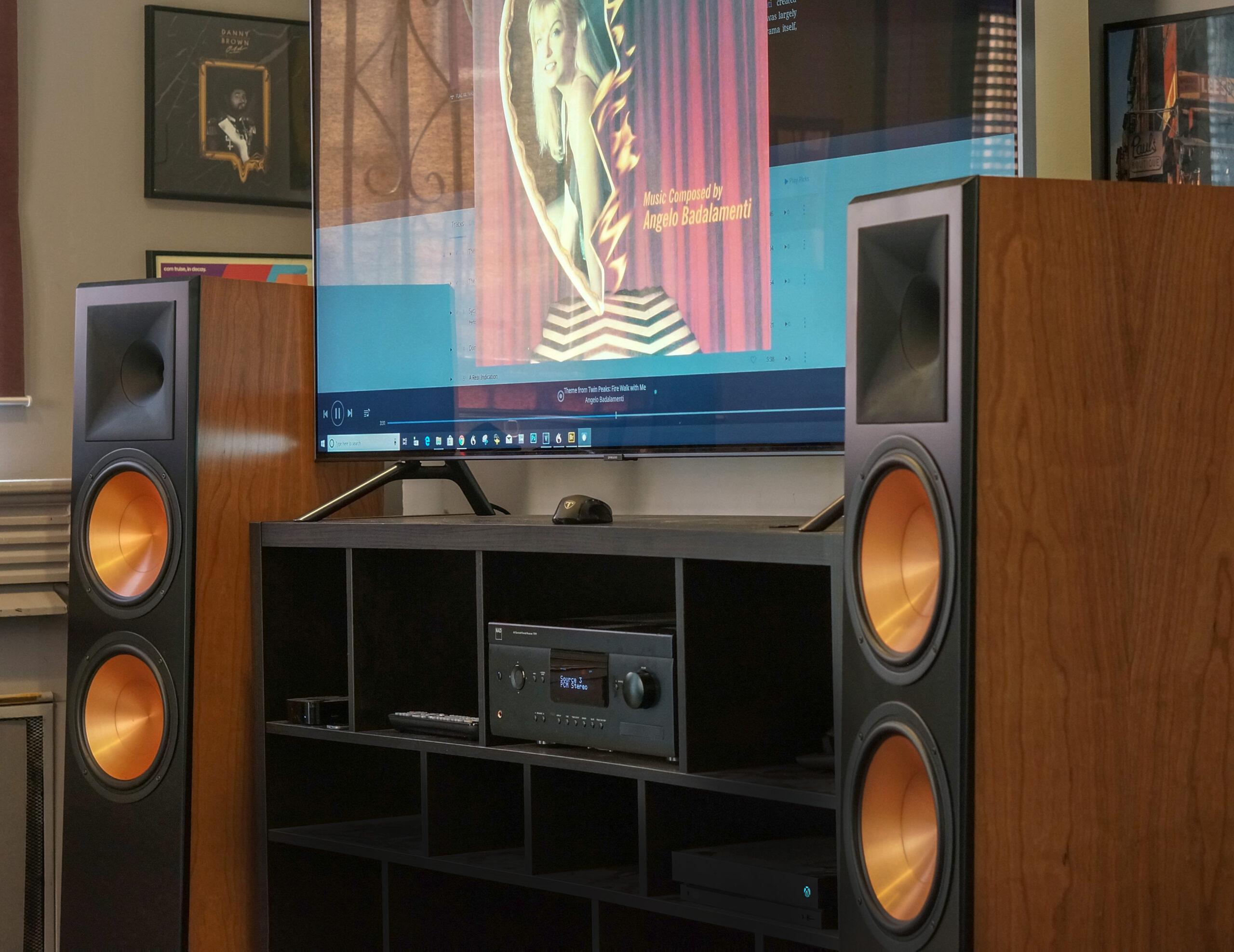 Equipment Reviews, AV Receiver Reviews
Published On: November 30, 2021
We May Earn From Some Purchases Via Affiliate Links

Are AVRs any good for music listening? Absolutely! Read on to find out why.

An AV receiver is a rather remarkable device. While the form factor has remained largely the same for several decades, what’s inside the box has evolved over the years from a box of switches and amps, with rudimentary surround-sound processing, into a connected device of remarkable digital capability.

Selecting an AVR for music is actually remarkably easy because many AV receivers publish a primary power output specification for two-channel operation. This is because a typical AVR is not power supply limited when operating in two-channel mode. Because the power supply in an AVR is designed to feed multiple channels concurrently, it is an easy time with stereo music.

It is typical for AVR is to offer more features for less money than equivalent two-channel receivers. While audiophile purists may scoff at features like room correction and bass management for subwoofers, in many cases these capabilities can be just as beneficial for improving stereo listening as for surround sound. And one thing you definitely do not have to worry about with an AVR is audio format support. AVRs can decode most anything 2-channel up to 24-bit/192kHz (aside, maybe, from DSD, check the specs) and support hi-res too.

You’ll find that modern AV receivers have the inputs you need to attach various two-channel music sources, often including a phono input. Additionally, the vast majority of AVR’s have built-in streaming features and Wi-Fi capability. So, for example, you can use Spotify of Tidal without the need for an additional source.

Listeners who prefer an unprocessed signal when listening to music will find that AV receivers cater to them by offering some variation on the “pure/direct” mode that bypasses the DSP circuitry and provides the cleanest signal path. Sure, you’re not using all of the AVRs capability, but you can reserve that for video and surround sound if you want.

Mid-tier and above AVR’s often include preamp outputs, so they can even serve as preamp/processors in a system where more power is needed to than what the AVR provides. For example, let’s say you have some really powerful tower speakers that get down to 2 ohms and can take hundreds of watts of power, you can still use an AVR in conjunction with a standalone amplifier and have a killer system.

There’s another aspect to using an AVR for music that goes beyond stereo, it’s called upmixing. It’s not the cheesy “Hall” reverb effect that used to be found on surround-sound receivers. Today’s upmixers, in particular Dolby Surround and Auro 3D, are able to leverage a process known as ambiance extraction to create a more enveloping soundfield without ruining the stereo effect of a front soundstage.

The result of upmixing can often be revelatory. A live jazz recording that might have seemed a bit flat and 2-dimensional will unfold, with the actual ambiance, the audience and the associated noises of such a space (audience applause and such) are enveloping and realistic, and yet the musicians appear in front of you, as if on stage. If you close your eyes and think about what you hear, the illusion created by proper upmixing is uncanny.

The influence of the room on what you hear is a well-studied and understood phenomenon. This is why, among those in the now, adding a subwoofer (or multiple subs) with optimal placement and tuning is an improvement for any system. But with an AVR, a sub can do a lot by relieving the receiver of the burden of driving the speakers with the deepest bass notes, which are the most power-consuming. Similarly, the speakers’ woofers are relieved of the burden of digging deep.

But beyond placement and power, there’s room for correction. In residential rooms, there’s a phenomenon known as the “transition frequency” or “Schroeder frequency” and it’s often found somewhere between 200 Hz and 400 Hz in residential rooms. This is the frequency where the room’s influence becomes a primary factor in the overall sound. Above that frequency, the character of the speakers themselves dominates.

If you are following along, what this means is if you pursue high-fidelity music playback with an AVR, you can implement a sub and run room correction to deal with the bass, and ultimately get a more balanced and realistic sound out of your system—improvements that no amount of spending on “audiophile” tweaks like expensive fuses and power cords will ever achieve.

Picking an AVR for Music

So here’s the cool thing, if you are buying an AVR for music, and consider the surround-sound capability to be icing on the cake, you can buy just about any AV receiver that exists and when using it for stereo music listening, get tremendous results that may leave audiophile snobs feeling incredulous, but I know from first-hand experience (Hsu, at AXPONA) that you can get grade-A fidelity out of even an entry-level Sony AVR using the cheapest speaker cable. all you need is good music, some decent speakers, a competent subwoofer, and good configuration/calibration.

There are numerous reputable AVR brands to choose from which span a wide range of capabilities and costs. Sony AVRs are considered a good choice at the entry-level, but its room correction is not considered top tier. Denon and Marantz are industry-leading brands that share a corporate parent, and a lot of technology within their respective AVR offerings that have Audyssey room correction.

Onkyo and Pioneer are good options that run Dirac Live room correction, and you’ll also find Dirac in AVRs from NAD. Yamaha spans the whole range, from entry-level to high-end, and offers its own effective room correction system, YPAO. If you seek a premium AVR, have a look at offerings from Anthem, Rotel, and Lexicon.

Can I connect an AV receiver to a soundbar?

An oddly common question. You can, but it only makes sense if the soundbar in question is a passive soundbar, in other words, a soundbar that has no amplification of its own. These are, in effect, passive speakers in a soundbar form factor. While it’s certainly possible to have an AVR send a signal to a regular, active soundbar system, it defeats the purpose of the AVR, plus soundbars are typically not as good as speakers for music listening.

Get a good pair of speakers for the front left and right channels and any AVR will transform into a great stereo system with ease.

You'll automatically be entered in the HTR Sweepstakes, and get the hottest audio deals directly in your inbox.
0 Comments
Inline Feedbacks
View all comments
This is the static ad content. This is just a placeholder for now to get things styled.
Visit Website